The Joys of Children 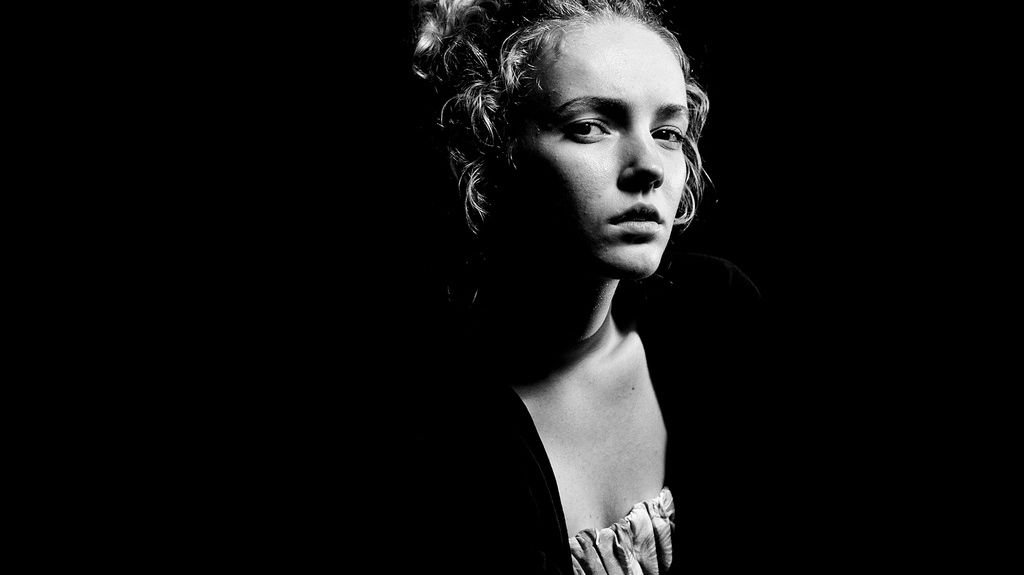 Katie’s room had never had the lace, dolls, or pink accoutrements of a typical girl’s room, not even when she was little. She had never asked for those things, and her parents hadn’t forced them on her. Well, her mother had tried, but when dad put his foot down, that was it.

Her bed was a standard twin, with sheets comforter, and pillow all white and clean.  She washed them every Saturday, because she knew how tough it was to keep white looking good, but right now, her sheets were a mess, crumpled at the foot of her bed, sweat stained from nights full of fever-dreams. Her comforter was strewn across the floor in the middle of her room, thrown off sometime during the night.

Katie didn’t even notice it – she just stared blankly at the wall, thinking harder than she had in her whole life.  She knew she was over-thinking it, but she was terrified, and she hadn’t had a chance to just sit calmly at the end of her bed, back straight, and just think.  It was how she did all of her best thinking, but with finals coming, her SAT scores in review, and everything else… there hadn’t been time.  When she’d gotten the news, she refused to let it affect her grades – classes would still come first.

Eyes unblinking, she forced herself to stand up and cross to her desk. Usually, she found comfort in the sharp angles, and dull glow that rose from the clean black surface, but she didn’t even notice it this morning.  She sat down slowly, and began to scribble bullet-points on her white, college-ruled notepad to get her thoughts in order.  It was what she had always done before a big debate or speech, trying to keep the main talking points fresh in her head and just putting in the filler on the spot.

And that’s what this was, right?  Just another debate, convincing people to sympathize with her point of view.  She was pushing so hard on her silver, ball-point pen that the thick black ink seemed to be fleeing the tip, trying to seep into the pages below it.

Just another debate, Katie thought, as the paper tore.  She took a deep breath and began again, transcribing the notes from the first page to the next.  A tidy, organized list was what she needed.

Linda was making breakfast when Katie came in with Jim following, announcing matter-of-factly that she had something to talk to them about.  She asked if it would take long, and when Katie said it might, she turned the burner off and left the pancakes on the stove. Linda knew from experience that they could sit for about an hour before she’d need to toss them and mix some new batter.

She sat in the living room, with Jim next to her on the loveseat and Katie sitting across from them in Grandpa Vernon’s old rocking chair.  She only began to worry when Katie stared at them for a few moments, then got up and started pacing back and forth with short, measured steps, three steps on way, three steps back. Linda knew that expression – it was her debate face.  She was getting ready to tell them something they didn’t want to hear.

Finally, Katie stopped pacing and turned to face them.  Calm and focused she said, “I’m pregnant.”

The word echoed impossibly off the plaster walls, and Linda felt her stomach roll over. She told herself that she wouldn’t throw up, but the smell of the half-cooked pancakes suddenly hit her full in the face and it was all she could do to get to the kitchen and let the remains of the chicken tikka marsala from last night scatter harmlessly across the linoleum.

Between convulsions, she could hear Katie listing off bullet points, just like she had at the state debate championships, but she couldn’t focus on what was being said.

How dare she! When her stomach was finally empty, the dry heaving began.

Once the dry heaving was over, Linda pushed herself to her feet, nearly slipping as she placed a hand at the edge of the vomit puddle.

She all but charged toward Katie, stopping only a few feet away. “When… how… what have you done?  Were you not listening to me when I said that I had to drop out of high school because of you? Or how having a baby is the most expensive thing you’ll ever do? Or…”

Much to Linda’s annoyance, Katie remained calm. “I listened mother.  I remember the statistics and the lectures. I didn’t get drunk and too ‘into the moment’ like you and Dad did.  Matt and I decided that we wanted to share in this… human experience. Sex is probably the most written and talked about thing in history, and we know that a lot of it is simply instinct and keeping the species alive, but it’s talked up so much that we decided to see what all the fuss is about.”

Linda seethed. “So, this was… an experiment to you?  A way of learning about the world? And you didn’t even have the common sense to use a condom?”

“Mother, of course, we used a condom – a hypo-allergenic one with spermicide and –”

“Then how the hell are you pregnant?” Linda could feel herself snarling now. She would not let this sixteen-year old convince her of the logic behind a decision she had to know was wrong.

“Condoms only have a 98% success rate, mother.” The girl was chiding her!

Linda raised a stern finger and prepared for a full tirade. “You have no idea what I went through to…”

Jim had been married to Linda for sixteen years, which meant that he knew exactly what was coming, and he refused to let it happen. Forgotten in his quiet spot on the love-seat, he stood, an action that never went unnoticed. At his full seven feet, it always seemed like he took up half the room.

Linda’s words died when she saw the look on his face. She was about to tell Katie the truth, Jim knew, and now wasn’t the time.

The stricken look on Linda’s face nearly moved him to change his mind, but he’d had too much practice with her mood swings. “Now. We’ll discuss it when you’ve calmed down.”

Linda glared at him for a few seconds before finally spinning on her heel and storming out of the living room.

Jim watched her go, then turned to look at his daughter, obviously doing her best not to cry, but overall remaining calm and composed. Linda would never understand it, but Jim was proud of their daughter. She took the world for what it was, weighed her options, and took action without apology or regret – any drill sergeant would be proud. Katie was more mature than either of them had ever been, and she was handling the situation much better than Linda had.

To be fair, Linda getting pregnant was how they had gotten together. She had been dating his best friend Tom, and when Linda told Tom she was pregnant, he dumped her. Jim would never forget that night. Decking Tom when he heard the news, letting her cry into his chest for hours. After a few weeks, she had asked Jim if he was planning on sticking around. When he said yes, they had a long talk about the baby, and she had decided to keep it.

After the miscarriage, though, Linda became a different person. She got pregnant with Katie a few months later, but it felt like she had always resented Katie for her first failed pregnancy. None of it made sense to Jim, but he felt the need to protect Katie from Linda, just as he had protected Linda from Tom.

Jim walked up to Katie and gave her a hug. She was already up to his chin, and still seemed to be growing.

Katie gave a small sniffle and hugged him back. “Thanks, Dad.”

“Does Matt know about this?”  Matt was a good kid, a lot like Katie in many ways, although she towered over his 5’6”.

“Yes. We discussed it at length.”

She retreated from the hug, then, and gave him a look, like he was a child who had just asked why the sky was blue, and she was deciding how to explain it.

“No, Dad. Matt and I crunched the numbers. The amount of hours that a baby would take up out of each of our days, plus the drain on our wages, the potential difficulty of getting accepted at an Ivy League school with a child, and the ever-present question of whether Matt and I will stay together past high school, all add up to making the child too much of a negative in the equation.”

Jim didn’t know whether to smile or frown at the fact that his daughter had just reduced having a child to an equation. Instead, he grabbed his jacket and said, “Alright, then. Let’s go.”

Katie looked confused. “Where are we going?”

“To the clinic. There’s no sense waiting if you’ve already made up your mind.”

Her confusion turned to a smile, and she hugged him again, but she took his jacket and put it back on the hook. “I think I see where the confusion is, Dad.  My apologies. I’m not keeping the baby. But I am having it.”

Jim was stunned.  Katie had won the state nationals by debating the pro-abortion side of the argument. “Why?”

Katie put on her debate face again. “Just like sex, childbirth is a part of the human experience, for both the mother and father. If Matt gets in to MIT and I go to Dartmouth, neither of us will have the time or energy to put into having another child, and thus may never become parents. This way, we, or I, can at least experience the physical aspect of childbirth, without the financial or long-term emotional repercussions.”

Jim almost made a comment about how little she knew of the long-term emotional repercussions of childbirth, but he had learned not to bother.  She’d obviously thought this through very carefully, and arguing with a champion debater gets you a whole lot of nowhere. “So… you’re putting it up for adoption.”

She shook her head.  “Not adoption, Dad… or not quite. Matt has an aunt who was injured as a teenager, and can’t have kids. We interviewed her, and she’s agreed to take the child.”

Rubbing his forehead, Jim took stock of the situation. His 16 year-old daughter had gotten laid “just to see what the fuss was about,” was now pregnant, had used math to determine she wasn’t going to keep it, and interviewed her boyfriend’s aunt regarding adoption.

He pulled Katie in for one last, firm hug, and whispered, “Don’t you ever change, kiddo.”