You Were Born Of… – Part Four 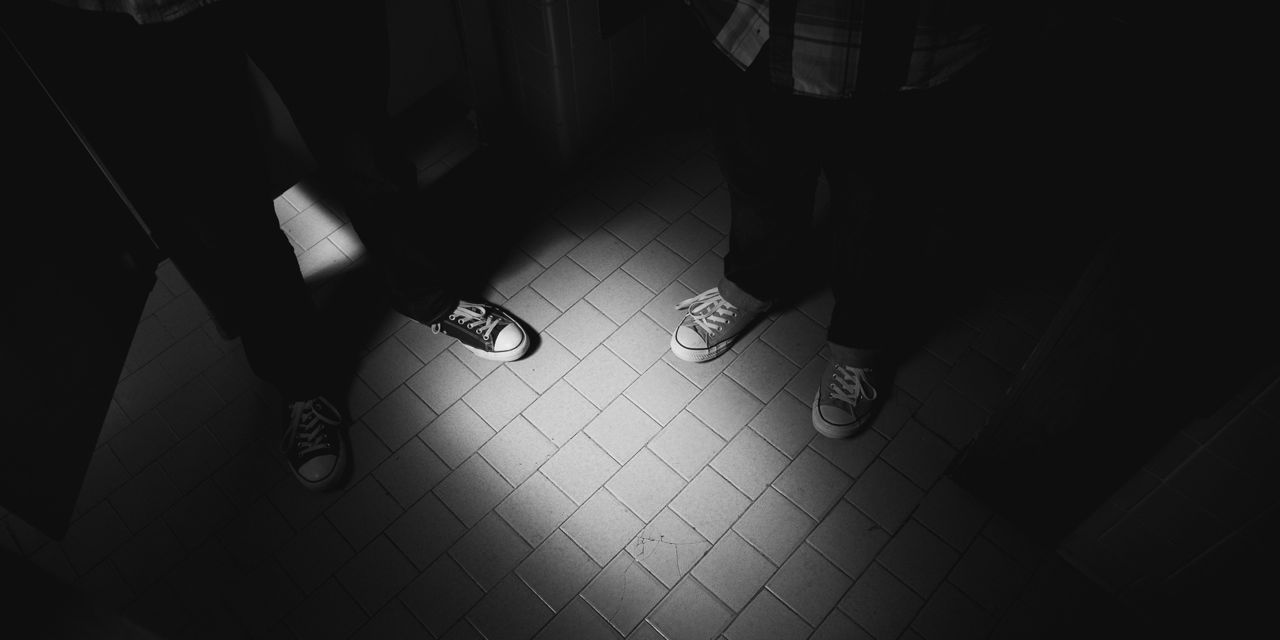 While intently listening to them cheer and brag about their heinous deeds, my right  foot fell asleep and slipped off the

Instantly,  the Decepticons or idiot cons stopped their cheering and started for the stalls .

They kicked open each one of the stall doors but not mine because as soon as my foot banged the door.

I simply dropped my legs, locked my knees and braced my back against  the door.

All my strength went into holding the stall fort while screaming and wailing for help from the ceiling, from  the bathroom gods, from God himself, from my people , from anyone  but just not them, the wrong ones.

Again and again,  they slammed into the door.

I could not say why or how that stall door held and didn’t give way, loosen or open but somehow with my back up

against it and them, they couldn’t get in.

That was until one of the thugs stooped down and jerked my legs out from under me.

Then all of a sudden I was falling but at a snail’s pace, like a consipated mime.

It was like watching a movie of myself  in slow motion.

Reel for reel and  a thousand flash frames passed before me,.

Viewing all of my yesterdays, of the plump veins on my father’s hands, of dreams not yet deferred, of the dancing California raisins, of the creepy glass eyed  dolls that witnessed from Genise’s bed and which she confided all her secrets in.

The last image was of a spinning hour glass with its sands flowing out into the void of space,.

Even being young , I somehow believed that the image of the emptying sands meant somthing ominous or that I was out of time at least on this earthly plain.

I didn’t understand then that

I was about to die.

Some guy with a wierd, Ricky Ricardo voice from the Decepticons said, “Yo diggady, man , Lucy looks  dead!.

She’s one of them, the tribe people.

What are we going to do?”

One bastard hopped over the top and into my stall, landing on my ankle.

He  quickly gave me a kick me in the ribs while yelling at the other tbugs,”

Then he grabbed me by the hair and lifted my head off the toilet seat observing, “I think she’s dead, man.

She must have  hit her head against that hard assed toilet.

Too bad cause I would have  drown that sneaky, tribe heifer.

Just look at all  that blood coming out of her head,  man!”

The voice or Ricky said,”Bring her ass out here.”

A pause and some scuffing and Ricky said,  “Wait, pull Lucy’s pants down and

turn that fat ass over, I got a fat one for her!”

There was  pressure on my back, on my lungs which was allowing only a few shallow breaths as my blood had flowed into eyes and mouth.

Then came a searing, ripping pain below in my rectum.

At first because of the blood and putified water in my nostrils and mouth, all I could do was moan but then when the tearing below occured I couldn’t stop

myself from screaming one  long continuous,  agonied bellow.

Somebody was holding down my arms and it felt like I had on a straight jacket.

My face was half in the reeking, damp, marshy floor water and half way out.

I screamed  and screamed some more while trying to turn over until a black metal boot tip met my already trobbing face and temple.

Aftet that, there was nothing for me but

darkness but somewhere in the recesses

came the voice ordering, “Make sure her tee- shirt is wet as her ass , before you leave here, dig me?”

A clicking of metal, an unbearable hurt, a sharpened point entering my whole wounded world and I was dead, for sure, no doubt.

next: You Were Born Of… – Part Five

previous: You Were Born Of… – Part Three