Cupcakes and Fingernails – Part One 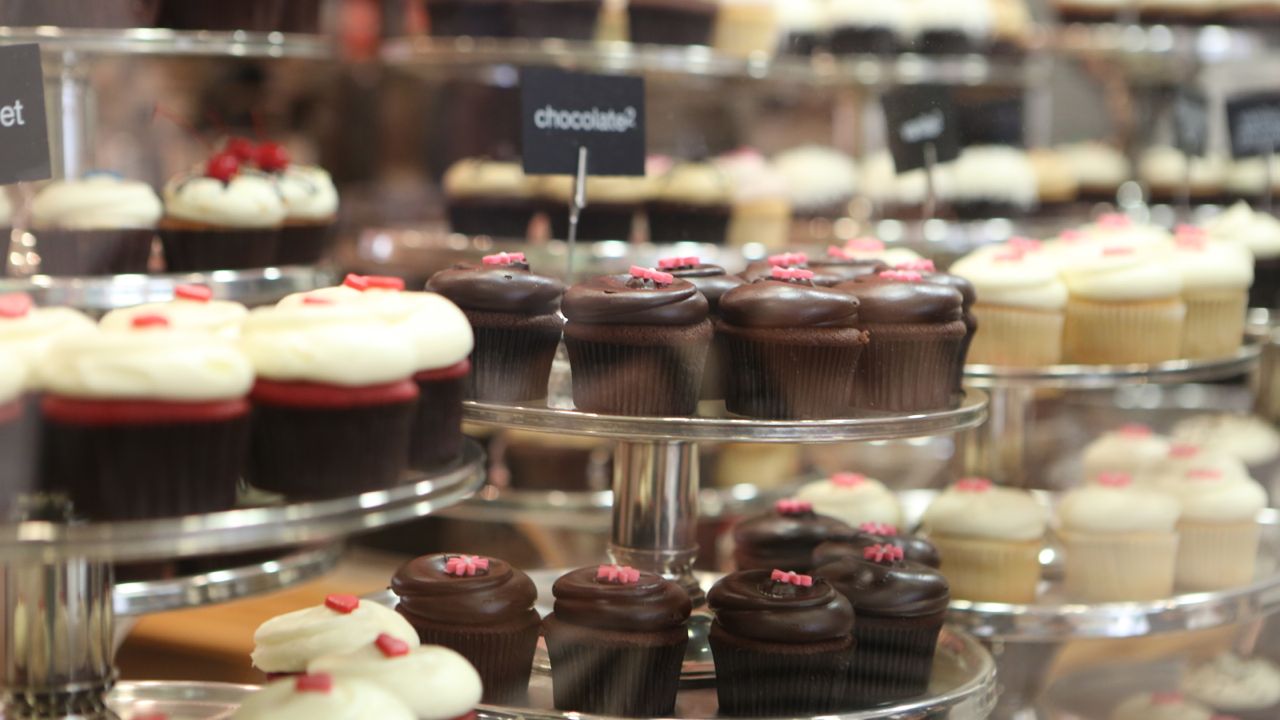 About the time Jennifer was old enough to leave elementary school, her mother bought a dog; a golden Pomeranian she had named Cosette, or something as equally asinine for an animal. Just barely a year old, Cosette had evidently spent her entire life building up a hatred for the young Jennifer. It would bark incessantly every time she entered a room, nip at her feet when she walked too closely, chew on anything within Jennifer’s room, and generally prove why the word ‘bitch’ was a term used on dogs first.

While waiting for the bus one morning, Jennifer watched Cosette out of the corner of her eye as she chewed on a skinned, gnarled tennis ball. The dog was a natural fetcher (for all but, of course, Jennifer), so when the ball was knocked into the street, Cosette went sprinting after it. As this happened, Jennifer watched a mini-van speeding around the corner, faster than it should have been going through the neighborhood. The very moment Cosette stood up with the ball in her mouth, she was struck by the front wheel of the car and instantly killed.

Jennifer could have signaled for the car to stop, with enough room for the driver to slam on breaks. She could have easily stopped the ball from rolling into the road or even picked the little bastard up to keep her from chasing after it. There were a thousand different things she could have done to keep little Cosette from being killed, but she didn’t do any of them.

While she was in early high school, Jennifer’s father was on the way back from a football game in Seattle. Through a Washington thunderstorm, he hadn’t made a sharp turn that snuck up on him behind the rain. He had gone through the guardrail, down a hill, rolled eleven times, and came to a stop with a broken neck. At the time, Jennifer couldn’t drive. Her father was three states away, let alone somewhere she knew. Even if she had been there, she would not have seen the guardrail, could not have stopped the car from rolling, could not have kept her father’s neck together. Yet when Jennifer first heard what had happened, her first thought was of that stupid dog and all little the things she didn’t do.

In little more than a flashy motion, Jennifer shifted to park, yanked the keys from her ignition, stepped out of her run-down car, and hit the lock button as the door slammed shut.

For one reason or another, the parking lot behind the drugstore was full. She was forced to park at a meter outside the front door of Gateau, the small store where she was unceremoniously employed. She was sure the name was either spelled wrong, a misnamed product of Google Translate, or both.

Behind the counter, along the right wall, Wendy and Alex stood at pastry prep and register, respectively. Alex wore the same, obnoxiously cheerful expression he carried with him everywhere. Wendy stared through the store with a vacant glaze to her face and a vague glare in her eye, as if she were trying to look at her own eyeballs.

Jennifer lazily pushed open the kitchen door and even more lazily pitched her small backpack inside. Nudging past Wendy, she flopped onto the stool behind the toppings station, already looking ahead to her check-out time not two minutes after checking in.

“I hate cupcakes,” she grumbled.

“You say that every day.” Wendy said, equally dejected. “We know.”

“I think now I just hate all cupcakes,” Jennifer continued while ignoring Wendy. “Not just the ones that Dwayne makes.” She leaned forward while still perched on the old stool, laying her head on the counter. “It’s like a butterfly. They look really pretty and whimsical and majestic and everything, but if you look at them too close, you find out that they’re just bugs.”

“I’ve been making these stupid things for so long,” Jennifer continued, her voice muffled through her arms. “I just…God…I hate, like, Nazis and criminals, but these god damn cupcakes are something else.” She shook her head, defeated, while making a small squeaking sound against the counter.

“Yeah. Sure. Whatever.” Wendy said over her shoulder as she walked into the kitchen.

Jennifer stayed face-down long enough for Alex to uncomfortably drum his fingers on the counter, wondering whether to pull her up or leave her comatose. Before he could make a decision, she sat up on the stool, pushed her bushy hair from her face, and groaned deeply, not entirely unlike the sound of a boat motor.

“So…” Alex shakily began. He and Jennifer rarely spoke, despite being two of Gataeu’s three employees. Small talk was a hurdle he couldn’t yet clear. “Uh…Why can’t you quit?”
One of her sharp eyes locked onto him from beneath the mass of hair before her head slumped to her chest.

“Dwayne lives next door to me,” she said. “And he’s one of those neighbors that’s just a little too friendly, especially around my mom. If I quit, I’d never hear the end of it.” Digging into her pocket, Jennifer extracted a navy blue hair band that had become slightly tangled in the chain of her ankh necklace. After years of practice, she was able to deftly weave her explosion of curls into a tight, modest ponytail. Letting the hair fall down her back, Jennifer laid her hands on the counter and sighed, regaining her composure.

“I think the best time to find a job,” Alex said, “is when you already have one. Y’know, to fall back onto.”

“Oh God, I’ve been trying,” Jennifer chuckled. “I’ve spent more paper on applications than it would cost companies to hire me. Every trick I’ve ever heard about job hunting is piling up into a wad of bullshit.” She paused to flick an errant sprinkle across the room. “I’m alright here, I guess. There’s nothing so hard about making cupcakes and Dwayne pays well enough.” Jennifer raised her hands and, with a grimace, started clawing at the air around the cupcakes. “These just taste. So. Bad.”

In the back, Wendy poked her head from the kitchen door, a cigarette behind her ear.

“Dwayne in yet?” She asked.

“Super.” With what barely registered as movement, Wendy slipped back into the kitchen with her long hair trailing behind. Wendy, at five feet even, stood roughly nose-high to Jennifer’s collarbone. With round, expressive eyes, smooth skin, dark hair, and a quiet demeanor, she was the portrait of innocence. Physically, anyway. Wendy had the gift of being a complete asshole to everyone she met while somehow avoiding any and all punishment. Two days ago, Jennifer was pulled over for not keeping her blinker on for long enough. Two days ago, Wendy referred to a customer as ‘the guy with jowls’ while standing three feet away and not a word was spoken against her. Jennifer pondered whether it was her height, age, looks, tone, voice, or some other secret magic that protected her. After a while, she decided: Wendy’s secret is that she just really didn’t give as much of a shit as the rest of us mortals.

next: CUPCAKES AND FINGERNAILS – PART TWO