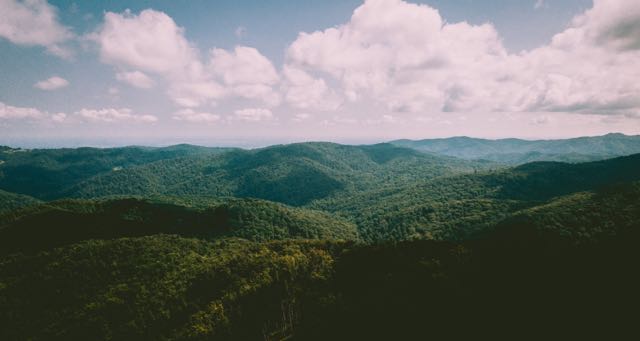 Swollen masses of cumulus clouds swallow the sky above Mansfield. They spread like a glacier-paced avalanche. Behind them, patches of blue remain. Beyond that, the midday sun shines.

We’ve already swum our laps and rested in two hot-tubs at Courtside. Now, we lounge in the shade, indulging in pineapple and literature, nearly indifferent to the chatter of other guests, the yelps and splashes from children in the pool, and the perfect soundtrack.

shadow on Mansfield her Betty Rubble giggle as she reads

We settle into Tamarack 16, a ground floor corner one-bedroom next to the North Hill Athletic Complex, at the beginning of our second week. I see Mount Mansfield clearly between Douglas Firs. Even in the haze, its forested Eastern face resembles a massive head of broccoli.