What’s Mine is Yours – Part One 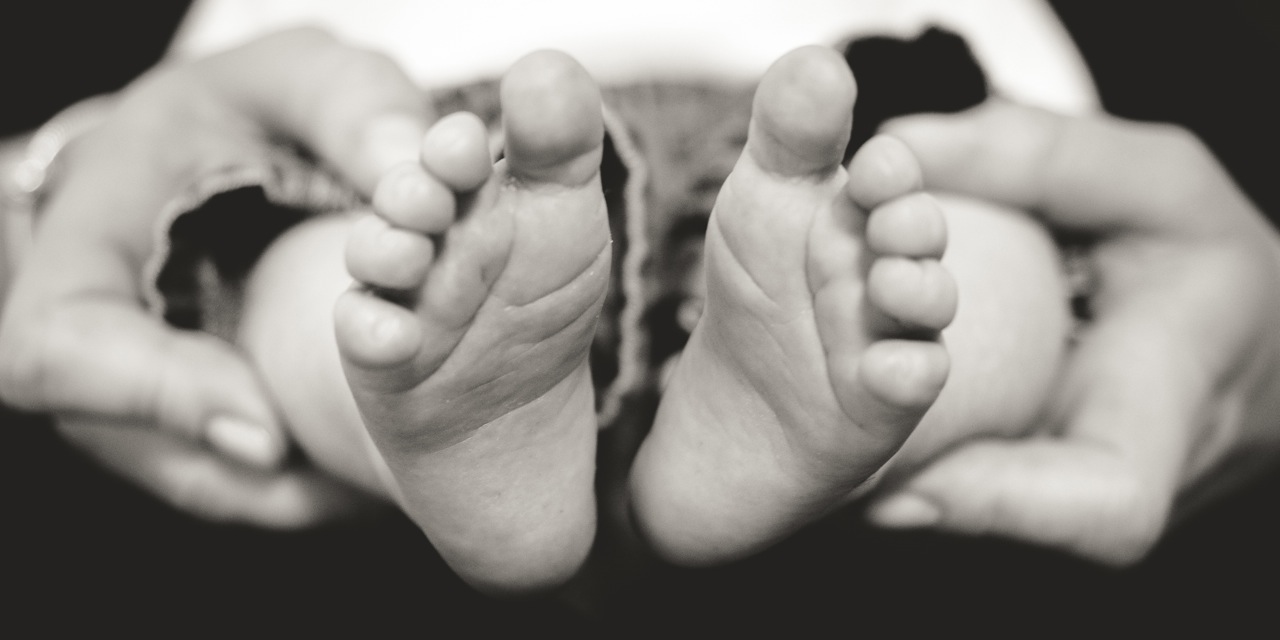 The sound of the doorbell made Martina jump. She’d been staring expressionlessly at the parade of faces on the screen trying to peddle her everything from knock-off jewellery to Viagra since 4am. Having been pulled violently from her television-induced stupor back to reality, she wondered to herself just when the screaming coming from upstairs had started. The sound was like a needle poking and scratching in her eardrum, vibrating through her body, making tuning forks of her bones. She checked the clock on the wall before pulling a slack hand down the length of her face.

She maneuvered lazily through the assault course of toys on her way to the door, tiptoeing around some and kicking others into the wall. Most of the toys were gifts for someone else, yet they littered her floors. Bleary-eyed and dazed she finally reached her destination and paused for a moment, bracing herself against the frame before she unlocked the bolt and discovered what exactly was behind door number one.

‘What the hell Martina?! I’ve been out there for nearly 20 minutes. I can hear her from outside!’

‘Shhhhhhh’ Martina hissed as she tucked her hair back behind her ears. She tugged on the sleeves of her sweatshirt and ran her tongue across her teeth in an attempt to remove the fur. ‘I’ve been up there with her for the last half hour. I didn’t hear the door. How are you Brenda?’

‘Never mind how I am. I’m fucking late for my next appointment, that’s how I am. How’s she? How are you?’ The tone in Brenda’s voice changed from anger to desperation.

‘Please tell me you’ve given her a name.’

Martina looked to the floor, paused for a minute, noticed the chipped polish on her toes and winced. ‘I haven’t given her a name yet.’ She mumbled. ‘I’m not keeping her.’

Brenda scowled at the words she was hearing, not for the first time, from her friend. ‘Bullshit. I’m so sick of playing this game with you. Here, in this house,’ Brenda drew invisible circles with her arms, ‘and this,’ she pointed to her chest, ‘this badge means that I am at work right now and I can’t take this shit you say lightly. In this house, right now I am representing the state of Illinois and I have to do what I think is right for that kid up there.’

‘And what’s that, Brenda?’ The shrill bleating from the top of the stairs cut through the tension in the room and suddenly Martina looked as heavy and empty as a balloon on New Year’s morning. ‘She’s staying with you. Get your shit together and look after her. She’s yours!’

‘She’s not mine’ Martina spat as she wiped her nose with the back of her hand. ‘She was never mine and I don’t want her.’ Martina turned around clumsily and started up the stairs shouting. ‘I can scream too, you know! I’ve had it! I’m tired!’

Brenda braced herself against the bottom of the stairs and shouted back; ‘This is your life now! You’re being a spoiled little shit, Martina. You need to think about what they would have wanted. This is not about you.’

Martina stormed down the stairs, swinging the heavy Moses like a weapon. ‘Here.’ She presented the package like a Christmas hamper to Brenda through gritted teeth. Though its fuzzy pink contents had remarkably stopped screaming, Brenda raised both her hands in refusal and made a face which warned Martina not to push any further.

‘No. Pick her up and hold her. I’ll be back tonight.’ Brenda poked the soft contents of the basket with a finger and smiled awkwardly as she squeezed Martina’s shoulder. Then she turned on her heel and walked out the door without looking back. The sound of the door triggered the torturous noise that had filled every corner of Martina’s life since the day of the infant invasion.

‘What do you waaaaaaaant?’ Martina whined in its general direction. ‘It’s only 8 o’clock in the morning. What could you possibly need already?! I give up. I fucking give up.’

‘Something smells amaaaazing!’ Sang Martina from the Lay-Z-Boy she had commandeered in the living room.

‘Thanks, Darlin’. We gotta keep you fed up real good’ answered back Jess in her worst/best southern drawl.

‘Ah, he’s working a bit late again. He’s doing so well with the new promotion, I don’t have it in my heart to complain that I never see him.’ Jess maintained eye contact with Martina as she began chopping celery.

‘As if you’d complain anyway’ Martina replied, rolling her eyes to herself. ‘Since we were ten you’ve never been able to see any side but the bright side.’ she mimed making herself throw-up.

‘I know you didn’t. Relax, lady, though clearly you don’t need my permission.’ Jess made a face as she peeked over the counter and noticed Martina playing with her navel.

‘I will admit though…you guys are so damn perfect, I was actually a little pleased to hear you couldn’t get pregnant.’

Jess stopped chopping and placed her hands on her hips ‘thanks very much!’

‘No! You know what I mean. You two, for once, needed me! Being able to do this for you is the best thing I’ve ever done. It’s the only selfless thing I’ve ever done. Imagine it; Mr. And Mrs. Perrrrrfect’ Martina mocked ‘and my womb makes three.’ She formed a heart with her hands and held them over her crotch so Jess could see.

Jess rolled her eyes and bowed. ‘I acquiesce to the majesty of your womb, M’ lady. Now come over here and give me a hand. That is, if you can get up…’

Martina began to roll back and forth to build up momentum, but only confirmed Jess’ suspicions. Exasperated she shook her head ‘You better call the Fire Department for this one. I’m really wedged in.’ Jess put down the knife again, sauntered over to her beached friend and reached out her hands.

‘You bitch!’ Martina exclaimed as Jess dropped her arms and began tickling her armpits instead of helping her up. ‘Stahhhhp! It’s torture! I’ll keep this baby inside me forever! I have the power!’ Jess stopped the ticking and began playfully poking Martina’s bloated belly, talking to it softly. ‘Hey Baby, come out soon OK? Your womb-mommy’s driving me crazy.’ They were both breathless from laughing when Tom sprinted in; tall, beautiful and beaming.