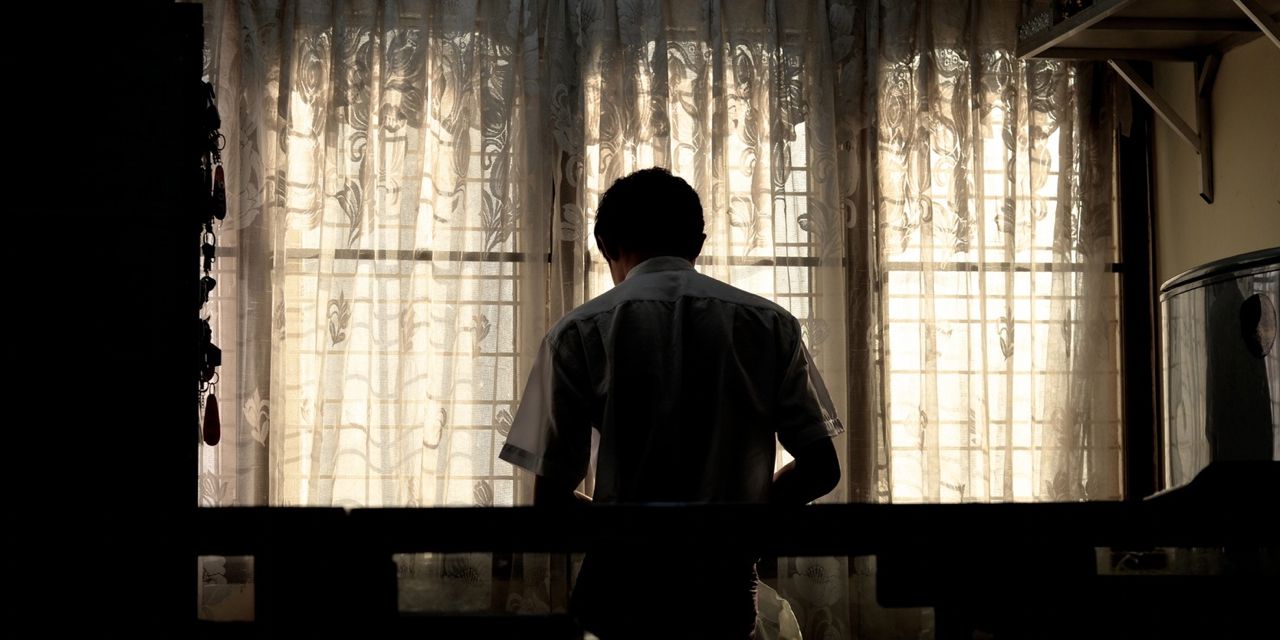 Jennifer stared at the TV screen unable to move. Her mouth hung open and her eyes did not blink. She watched as once more the familiar face was broadcast into every living room in the country, accompanied by phone number and a request for information, before the newscasters moved onto another story and scenes of war replaced the face she had known so well for so long. A face that, even had she gone blind, she felt sure she could recognize.

Nothing made sense. It was as if her Lay-Z-Boy had been swallowed up by the earth and had transported her to another world where everything she knew was false and her friends were monsters. She glanced at the painstakingly polished framed photos on her mantle, which chronicled her children’s lives from youngest to oldest. His face beamed earnestly out at her in nearly all of them, holding each child in their white gown, as he posed proudly next to the pastor.

Jennifer rubbed her legs back to life, stood up shakily, and made her way to the pictures. She touched the corners of each frame, marking them with her greasy fingers as tears welled in her eyes. She knew she had to make the calls, but where to start. How could she ask about something she would never want to know? She steadied herself and pressed her forehead to the cool marble, hoping against hope she would wake up and find it all to be a nightmare or a hallucination caused by her newly prescribed medication.

The sound of her phone ringing in her handbag brought her back to the room. The realization that everything that was happening was real was too much for her. Jennifer lumbered forward, her feet like anvils, to retrieve the device that had shattered her only hope of remaining in her self-imposed sanctuary of ignorance.

Jennifer slid her thumb slowly across the screen and inhaled deeply. Before she could say anything, a panicked voice shouted into her ear, “Jenny, have you seen it? The news?”

Jennifer nodded, her phone pressed against her face so tightly she could feel herself sweating on the screen.

“Sorry, yes. Yes I’m here and yes, I’ve see it Mable.” She raked the fingers of her free hand through the unkempt weeds of her hair and exhaled into the phone. “I don’t know what to say.”

“I can’t believe it myself. Brian was always such a kind man…is a kind man. Well maybe not. I mean what do you say? Do you think it could be true?”

Jennifer felt the room move and collapsed back into her corduroy recliner. The same recliner her children had mercilessly mocked her for over the years, and that Brian also had in his apartment next door, but in blue. “I already told you that I don’t know, Mable. I need to speak to him, but I don’t know where he is. I haven’t seen him for two days. I assumed he’d gone to visit his mother, but now I’m not sure.”

Jennifer felt her stomach do a mighty flip and ran into the kitchen just in time to empty the contents of her stomach into the sink. She stayed there for a moment, hunched over the countertop, watching as the colorful pieces of her digested lunch swirled round the basin, momentarily beautiful, before settling into the drain trap. She wiped her mouth with the back of her hand and explored the interior of her mouth with her tongue, grimacing at the sour taste and the fur on her teeth. After a few deep breaths, she picked her phone up from the side and pushed the red X without saying anything more to Mable and changed her settings to silent.

Jennifer strode out her front door, noticeably lighter, and with the speed of an arrow from a bow. She banged with both fists on the door across the hall. “Brian!” She shouted so loudly her voice cracked, “Brian, come to the door.” She continued to pummel the wood with her fists, and then with the heels of her hands, once her knuckles were too sore. “Brian, are you in there?” Her voice grew hoarse to the point that she was having trouble hearing herself and eventually her screams became whispers.

Jennifer, exhausted and defeated, turned around and slid down Brian’s door, landing in a heap on the floor. The tears came quickly as her mind ran away into the darkest possible places. She wondered if this is what it felt like to be her friend right now. Her very best friend accused of such awful things. She reached into her pocket and pulled out her phone to see that she had over 50 missed calls and messages, most from her daughters. She steeled herself against the door as she opened the first message and scanned it with her bloodshot eyes that stung as if she was under water.

Words like “impossible” and “unthinkable” had never before encouraged such feelings of comfort. Jennifer held her phone to her chest as if it were each of her beautiful daughters. Her daughters who she now knew were always safe and were still safe in the confines of their adult lives and adult bodies.

Jennifer wiped at her eyes and continued down the list of messages, mostly from friends looking to gossip. She settled on one whose number she did not recognize and opened it. It read: ‘To my best girls, remember who I am.’ Jennifer inhaled through her nose, pressed the top of her phone to her mouth and slammed the back of her head against her best friend’s door before replying back to the message, ‘run.’