The Baker, The Butcher and The Brewer, Part One: The Baker 1 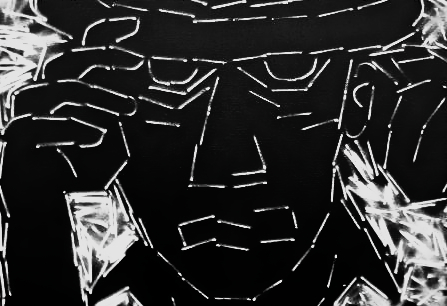 ‘Our choices have been made for us by our drunk parents.’ Said Archibald casually.

Anton’s scattered mind visibly focused on that thought and his mentor’s eyebrows. He was born dry-mouthed.

‘Do not commit the fallacy of taking me too seriously. If the previous generation was hungry the current overeats.’ He went on assuming the young man knew exactly what he meant. Anton listened to the music instead, the gray-haired wisdom just framed reality for him.

Music is an incarnation of the river that runs through and connects humanity’s souls like beads. It defines current times. Today it is close to amplified humming, the thick voices of gummy bears laughing and crying at the same time.

The direction we are headed is from literature to humming. Both equally artistic, wise and emotional. Both spilled into the world verbatim from the authors’ imagination. Interpreted, sifted through, over-imagined.

The trend is towards brevity. History is busy boiling down the art forms, anticipating (correctly) that we are gradually increasing the value of our time. We do not want to read a thousand pages to grasp the same thing that could be hummed into our heads in a few minutes.

Tolstoy could represent that extreme. (Ten pages about how beautiful a brick wall is, what a rusty burgundy color the bricks are, how the grass gently touches them, how the shadows of tree brunches play with the wall’s seams, how a wall is a metaphor for life itself.) While, Voltaire could be the other extreme, brevity itself. (In one sentence he takes you to another continent, kills the protagonist, remarries his beloved, reincarnates the protagonist, has him find a treasure, loose a treasure, has him kill several kings, gets his beloved back and finds the meaning of life.)

This text is certainly closer to Voltaire than to Tolstoy. The pace I have adopted is the pace of a dream. A dream undefined by the common social misconception.

Dreams are not dreams. They are signals transmitted from countless parallel worlds, sprinkled across the universe. Brains act as antennas. When in certain stage (condition) they get a glimpse of another world. Certain types of antennas can only catch certain types of signals. The biochemical cocktails brains produce conditioned by moods and external factors serve as a tuning mechanism for the type of signals they can interpret. Some are better suited for dreaming, others not at all. The transmitted information flows in a current of images, reflected, amplified, often distorted or layered with interferences from multiple worlds. Worlds as true as ours. Every image the brain catches reflects upon a true event, place or individual.

Please regard all dreams mentioned henceforward by the above definition. Ignore the trendy socially digestible explanation blinding you from the truth.

He needed blinds (horse blinds) to keep him straight.

He needed to scare himself to death every so often, otherwise his antenna span out of focus. His mind only rested when it was in severe pain.

He cursed his fate. He cursed that he was given just enough freedom so he could choke on it.

He believed painting was dead. But! Could not think of anything else he would rather practice. He wouldn’t cut off his ear to prove a point. He didn’t believe in verbal arguments and manifestation of his believes across the table. He believed that believing and not believing meant exactly the same thing.

He enjoyed fishing with the guy with the pipe. But! His boat had landed, fishing time was over, he had swung his axe over his shoulder and headed for the finest restaurant in town to spend his piece of gold before it melted his boots.

The breeze was not enough he wanted to enter the Blue Hour.

His antenna had a vast frequency span. It caught signals from many parallel worlds. The majority of those dreams came in with low clarity. Distorted, interfered with at night and more so during the day. The darkness gave shelter to random images in strings as well as bonded stories. Highly fragmented but interpretable. In the days the signals were so abstracted by reality that blended into a static noise so even and painfully abstract that decoding was impossible. Reality was stranger.