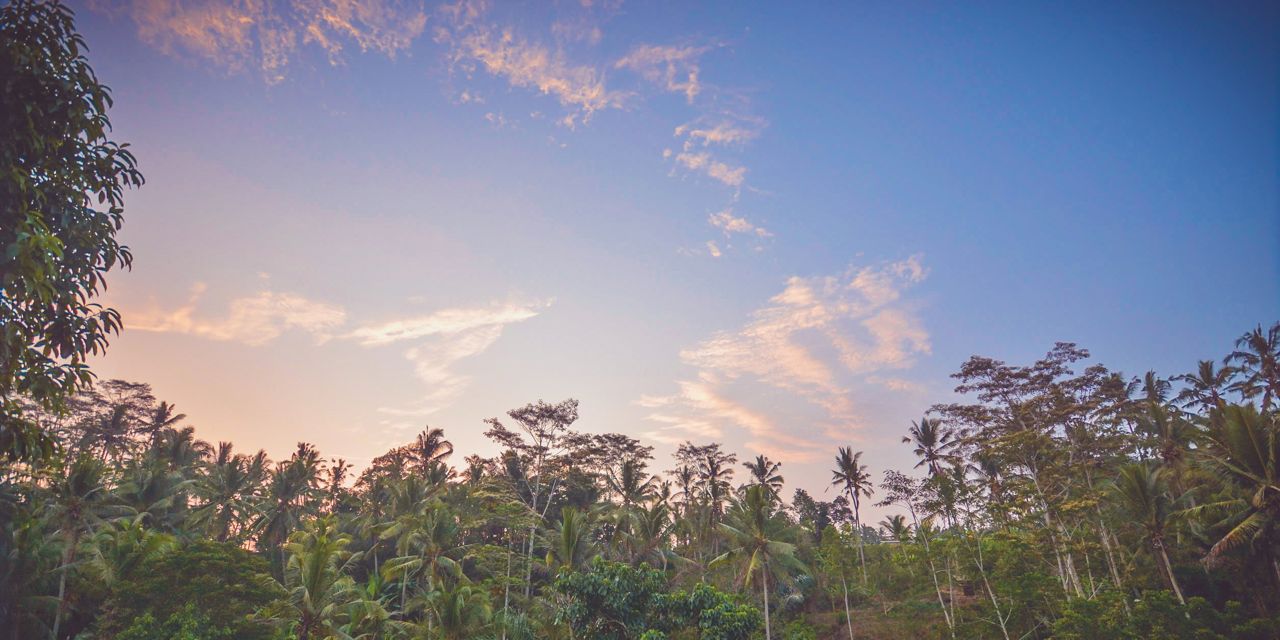 The Tarsier was woken by the thick smell of smoke. The egg shells were scattered around it and the jungle was silent. The smoke was everywhere and all live run from it. Even the termites were leaving the tree in a slow convoy. The smell of burning wet vegetation and distant screams of fleeing beasts came through from the edge of the fire. The giants had lit the jungle in their efforts to free more land for farming. Like the Tarsier the giants were always hungry for more.

The Tarsier followed its first instinct and ran. It climbed down a few branches and started leaping from tree to tree. It felt behind. The eggs had put it to sleep for longer than usual and most the animals from its neighborhood had long left for the safe corners of the jungle deeper into the mountains.

The jungle was empty for many trees over. The Tarsier had to stop to catch its bread every five trees and soon felt hungry. The eggs it ate the night before quickly burned as its muscles worked hard. It looked on cracks and nooks of the trees it rested on but even the insects had fled. It only found some slow convoys of termites. It licked at the and stuffed them in its mouth but they were bitter and low in calories.

During one of its rests the Tarsier noticed a solitary Echidna standing still near a fallen tree. It climbed down and asked the Echidna where were all the beasts and why it was standing there when the fire was coming.

‘My egg hatched two months ago.’

‘Too bad, I would have loved to eat it.’

‘I started building this burrow then to accommodate my baby.’

‘I thought your kind carries the babies in that front pouch of yours!’

‘We do, but it’s been too months and it’s grown too big. Its spines are hardening.’

‘So move it to the burrow.’

‘But it’s so hot. The fire is coming I should go far from here.’

‘It was my first egg,’ said the Echidna.

‘I thought only birds lay eggs!’

‘Birds and me. The birds left their nest because of the fire.’

‘Do you know any abandoned bird nests around here?’

‘With eggs in them?’

‘The fire is coming and with it giants. Giants will eat me. We have to go.’

‘I want to walk, it’s too tight in here,’ said the baby echidna from the pouch.

‘After the fire is over you can come out. Now we go.’

The Tarsier followed the Echidna through the narrow paths between the trees. The wind blew in the direction they were going and brought hot air and bad smells. The Echidna was in a rush to escape the heat. The Tarsier was dazed with hunger and exhaustion.

‘Where are the eggs,’ it repeated?

They reached a clearing with several termite hills. The Echidna let its cub out of the pouch and started digging at the walls of the nearest one. When it made an opening it inserted its sticky long tongue inside and retracted it covered in ants, dirt and sticks. It repeated the same maneuver countless times with incredible speed.

The baby echidna rolled in the dirt and poked at solitary termites exiled from the colonies.

‘So you were inside an egg,’ asked the Tarsier.

‘I think so,’ said the baby echidna.

‘My mother said I come from an egg and I had to throw away some egg shells from the pouch so I think it was an egg.’

‘But how the milky white and yellow liquid inside the egg turns into a beast in just a season?’

‘But you were inside the egg!’

‘I don’t remember anything from that time.’

‘Don’t you remember growing up or seeing through the shell.’

‘No,’ said the baby echidna successfully gulping a termite.

‘So I am delicious?’

‘To many beasts you are food.’

‘So if you found me as an egg you would eat me and I wold never be able to taste termites.’

‘Because I don’t want to eat eggs any more.’

‘What are you going to eat?’

‘My mother says they are delicious but hard to catch.’

‘Yes, you better stick to termites.’

‘What are you two talking about,’ said the Echidna.

‘Ah, yes, termite eggs the best, soft and fatty a true delicacy. Let’s go because giants come here often we have to stay in the bush.’

‘Yes and just about everything that sticks to my tongue when I slide it down the tunes in the hills.’

‘Are you staying here?’

‘Yes, this is a good place. If the fire comes this way we move again.’

‘I am going further, I need trees.’

‘Be careful, many giants hunt pass these trees.’

‘Nobody will hunt me.’

‘I will find a tree with caterpillars.’

Stay tuned for next week’s installment of Animal Dilemmas – Tuesday, May 3rd