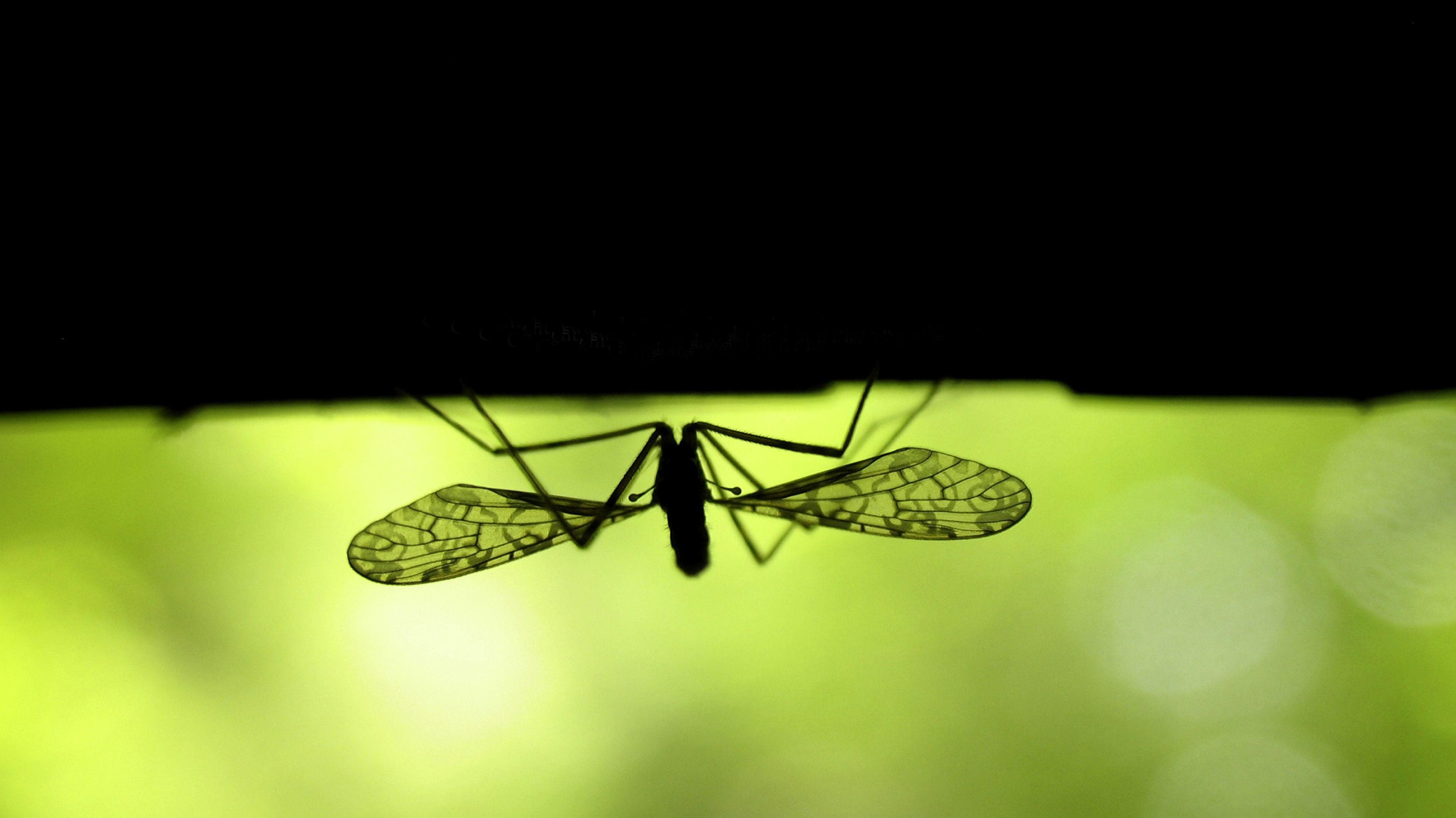 The Mosquito emerged from its wet shell. It was parked motionless on a tree leaf in the sun, so its wings could dry and it could begin its journey. The past few weeks have been consistently rainy so the colony has benefited by tens of thousands of eggs flowering to adults. Some of the Mosquito’s piers were already flying about in swarms, searching for blood. The females were slightly bigger and significantly hungrier. They flew seemingly chaotic but with a very specific agenda in mind.

It was just past daybreak so the people were not yet in the park with their dogs and balls. Solitary joggers swung by, too sharp to be targets. Only desperate, crazy female mosquitos with only a day or two left to live, attempted to attach to them, in most cases dramatically shortening their lives. Their demise and reincarnation into a bloody mess on sweaty skin had grown into an event unmoving for the general population.

In general, mosquitos were not much into feelings. They were too busy fulfilling their natural path, encoded irredeemably into their drop sized bodies.

The Mosquito was only vaguely aware that it had about seven days to live. That was the average for this park under the current temperature and humidity levels. Its wings were almost dry, its thoughts were but one. To fly, find blood, find females and reproduce.

Just as it was contemplating on its role in the life cycle the wind changed direction. With it came a scent trembling and deep. As if the air got thicker and pierced living things and rocks alike. One drop of it was enough to rewrite a soul. It was the perfume a lady was applying on a nearby balcony. A perfume crafted by a master blender. This tiny cloud of godly vapor traveled with the wind and for a moment, in the face of the universe, engulfed the Mosquito. The scent emptied Its head and freed It from nature itself.

Its wings were dry. It spread them and flew aimless into the world. Open minded and free, It smiled with love and beauty on its mind. Nature was still undefeated in It, for blood thirsty It gravitated on a passing dog. The blurry mass of fur smelled of everything the Mosquito wanted.

It landed somewhere between the right ear and the right leg. Drilled in and inhaled the thick red fluid. Without its natural compass and with its newly acquired appreciation of love and beauty, the Mosquito immediately felt deep affection for the dog. Highly induced by the taste of the blood. It was drunk, high on the most profound emotion a mosquito have ever felt.

That moment, in the face of the universe, was the very best moment in the life of the Mosquito, the peak of Its realized being. It desperately tried to cling to that moment. It was so focused that It nearly missed the incoming hind foot of the dog, reacting to the sting and initiating a scratch.

The Mosquito only avoided Its demise in the very last moment by bouncing off and relocating fast above the ear. It was out of reach of the present danger and did not think much of Its near-death experience. Instead its love grew. It felt that it could not live without the dog. This furry island of smells and thrills, it was sure a mosquito had never felt what it had felt.

It was naturally wrong, in the face of the universe. But the matter of fact was that it had in short time become addicted to this alternative path of being. The only course the Mosquito could see was to explain Its feelings to the dog. So full of fresh blood its intuition guided it to the dog’s right ear.

It entered the vicinity of the ear and went as deep as the sharp hairs allowed it. It hovered, buzzed and paraded with all Its might and means of expression. It explained at length how It felt and why It thought It felt that way. It vibrated with a stream of information directed to the center of the ear.

Its efforts were interrupted by the light blotting intrusion of the all too familiar danger – the hind foot. The Mosquito was near exhaustion. Threatened, It was forced to land deep in the ear and drill for blood. Its actions inspired fresh attacks. It continued to drink and then escaped the ear between strikes from the foot.

It shot out full of fresh energy and purpose. It flew high and around the dog assessing its next target. After the disappointment of the dark wet ear, it gravitated to the tail of the beast and specifically the pungent wet back end underneath it. Untamed by the latest failure, It rewrote its speech with clearer, shorter sentences and lots of exclamation marks! Then it got as close as possible, and as loud as possible, and shouted it many times in a loop, hoping for the best.

At several occasions It dodged the happily flapping tail. It went around and under it and back and forward as needed. It soon ran out of steam again and landed safely just above the tail. It drilled and sucked. To Its surprise no attack followed so It rested and reflected. It drilled again, greedy for energy to fuel Its purpose. It nearly exploded with blood. The dog looked back searching for the intruder, unable to locate It.

The Mosquito felt safe and recharged. It noticed the eyes of the dog and was filled with fresh purpose. Suddenly the world rolled and the ground was up and the sky down. Unable to scratch the dog rolled on the ground to shake off the pest. By the skin of its teeth the Mosquito escaped this new trap of the struggle. It flew up and around, waited for the dog to settle and aimed for the its new target, the nose.

It steadied Its flight and landed on the nose, right in-between the dog’s eyes. Now It was sure it was on the right place to express Its feelings. It folded Its legs for take off, with speech in hand. When Its old enemy the hind foot landed on top of the nose and ended It.