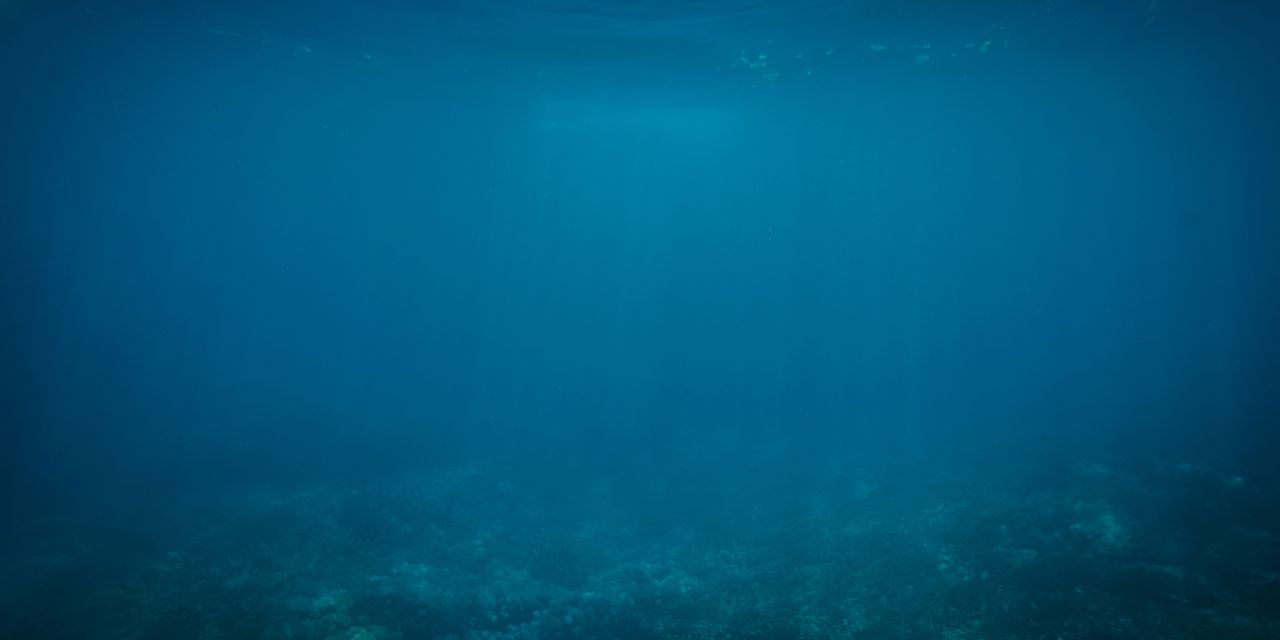 The Dragonfish was in a positive mood having stashed a large chunk of meat that would feed it for a few days. It still hunted but never left the vicinity of the buried Chameleon. It hunted better with more focus and confidence knowing that its immediate life didn’t depend on it. The food storage gave it security and the Dragonfish took greater risk at bigger prey and experimented with new techniques. When it was tired it returned to its buried treasure and rested.

The Dragonfish had the best few days of its life. Until a school of dogfish found the Chameleon body and shredded it to pieces. The deep water predator managed to kill one of the intruders and ate it in the darkness with delight. The rest of the dogfish dispersed and the Dragonfish settled on the ocean floor for a rest.

The cool flow of the bottom currents were constant and familiar. When the black sand lifted in clouds and the current swirled violently the Dragonfish knew it could only mean trouble.

The Giant Squid dragged itself on the bottom to avoid the sinking body of the sperm whale it had just escaped. Its unlikely escape story begun months ago when the Giant Squid was exploring the upper layers of the ocean. It had been lured upward by the scarce supply of fish in the dark depths. It had followed a school of fish that was migrating north for the winter to mate. It was accustomed to darkness and hunted only at night. The only time it allowed itself to venture to the surface in daylight was attached by a shark and even thought it killed it, it was bruised badly and took weeks to recover.

On one of its night expeditions near the surface a boat of giant whale hunters had spotted it and enticed by its legend and the possibly of glory had invested all their efforts to kill the Giant Squid. They launched their harpoons and nets making the water boil. The Giant Squid is a swift swimmer but under such assault lost a sense of direction and failed to retreat to a safe depth. Two large harpoons pierced two of its arms and the Squid was attached to the fishing boat.

The giants collected the ropes of the harpoon with great speed and diligence. The Squid was dragged close and as if out of fight. When it appeared on the side of the board the giants were stunned by its size. The Squid stirred to life and with its two long arms knocked the giants holding the ropes into the ocean. The ropes unrolled and the squid pulled for the deep ocean breaking loose.

The two harpoon arrows stayed embedded into its arms and no mater what it tried the Giant Squid couldn’t take them out. Over time the wounds healed around the arrows leaving them permanently affixed to its arms. They were heavy and reduced the Squid’s mobility leaving it vulnerable against sharks and whales.

It took some time for the Squid to get used to carrying the extra weight but eventually the arrows became like a part of its body and it learned to use them as weapons. It successfully defended itself against a shark nearly poking its eyes out. It stabbed larger fish and with the steady flow of food it grew strong again. It stared thinking of itself as lucky and one of a kind instead of disadvantage.

When the sperm whale attacked it, it was not afraid but defended itself vigorously. It didn’t not attempt to swim away but attacked back scratching the wale with the arrows. The wale was giant and unmovable and its mare size gave it an advantage. The Squid was soon tired and the whale caught it in its jaws and swallowed it whole.

The Squid was folded in a ball and desperate. Its body settled in the wale’s stomach and room for maneuvers was little. It felt the two arrows close to its body and put all its effort to plunge them forward. It moved them back and fort repeatedly drilling through the whale’s belly. The giant mammal was helpless. Until a gush of water from outside entered the stomach and the Squid knew it was free. It squeezed itself through the opening and escaped.

The Squid had used all its energy to drill out and as soon as it was free it lost consciousness and started free falling for the bottom. The whale was spent, closed its eyes for a last time and followed its descend into darkness.

The Giant Squid landed first and woke for long enough to move away from the trajectory of the falling wale. Then it settled into a deep sleep.

The black sand rose in clouds on the bottom of the ocean swirled around with the currents and settled. The body of the whale was like a new hill covers in a thin layer of sand. The Squid was motionless on a pile next to it. The Dragonfish didn’t stir. It waited for the sand to settle and left its niche to explore what it had already imagined. It had previously experienced a similar sand storm when a ship had sunk near by. By the clouds of sand it had judged that the same had occurred. It swam cautiously around the whale and poked at it with its teeth. It could tell it was fish but it was too tough for it.

Then it found the Giant Squid heaped in a ball and lifeless. It bit on one of its tentacles and retreated. It reappeared this test many times until it was sure of safety. It approached the Squid confidently and started chewing away at its soft flesh.

The Squid woke from the pain and wrapped the Dragonfish into a deadly embrace. It squeezed it hard and shoved it in its mouth. The fish provided it with the desperately needed energy to begin its recovery.