The Glass Breaker – Part One 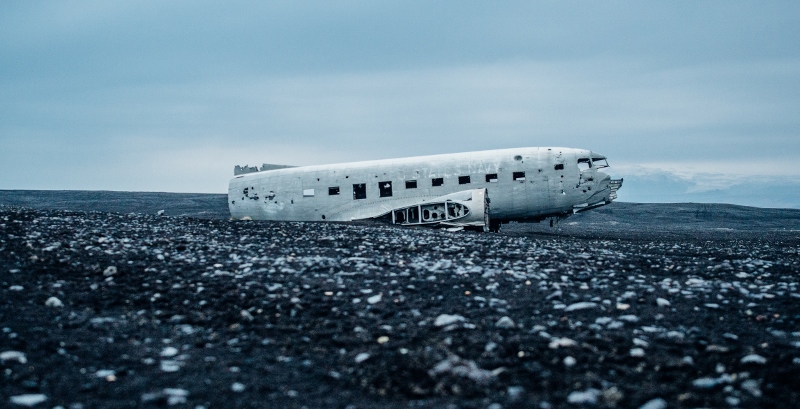 And so, the cities burned.

A plague of fire, ash, and cinder awash between great monuments and temples to achievement, set to ruin by the will of a Titan of Olympus. Across the face of Earth, the flames licked at doorways and the wind flattened homes, and some would swear they heard the galloping of hooves under the death-rattle of our age.

All paths end, all sidewalks yield to the dirt, and all stories have a final chapter. I can see now that it was inevitable. Whatever folly man had bowed to, it was not the inhumanity of humanity that has left us threadbare and crippled. Entropy states that all things seek destruction, that the natural state of matter is death and disarray. Life, in its many imaginative forms, was a happy accident and anomaly; one that did not take long to correct itself.

Whoever pushed the button, turned the key, and pledged victory at the bitter end is irrelevant. The end was always coming. Or, rather, it had been here the whole time. Our prosperity and abundance was the beginning of a slow burn, one that took the lifetime of nations to properly blaze. Our tinder was too dry, may Prometheus be damned.

But many thousands of words have been and will be spoken in blame. Many millions of impassioned speeches will be given about how A was the one who primed the chair, or how B was the one who pulled the switch, or even how poor C protested, read us our last rites, and prayed for our souls. All of them rest, now, in dead ears tuned to static. Words for the past are leaden in the throat, and fall just as heavily. Words for the future are light, fey, and witless as they float invisibly to the clouds. We can only subsist on words for the present. The Now. The Eyes-and-Ears.

Enough words have been spoken for the dead. Let fly those meant for the living.

The Wretched. The Left-Behind, some call themselves. Damned. Lost. Empty. Garbage. Spare Change. Nobody ever calls us ‘Survivors.’ We are the refuse left to scatter in the wind, the cockroaches that scurried under the fridge as the house burned down. We are only a fraction of what we once were. How small, we won’t know. No one has been brave enough to count. We are the single twitching leg of a spider, crushed by a bootheel. We are dried ejaculate, rimming the lid of a toilet. We are the bleached-white corpse of a sapling, sentinel of a forest fire. We do not survive. We smolder.

Sixth Avenue, Manhattan, New York City. A petrified bench has been largely unmarred by the ashen rain, and it is outside a small delicatessen I used to frequent. I come to this bench at sunrise and sit. The store has been looted long ago aside from a thick safe behind the cash register, one very old and somewhat impractical, but evidently more than enough to withstand at least one Apocalypse. I found the combination hidden underneath on a small note, so far my only moment of luck in two years. Inside the safe was a stack of cash (pocketed as fuel for future fires), a box of fine cigars, and a bottle of aged wine. The cigars don’t interest me, but the wine was more that sufficient to satiate me for a day. I set the empty shell of my drink next to the bench. It has not moved for three months. Neither have I.

I don’t look at particularly anything from my bench. The shells of cars, insides cooked like ovens during the first explosions, line the streets and become further caked in soot by the day. I recognize the car of a pretty girl that had worked across the street from here. She and I had struck up a conversation before about local restaurants. A present one. She is still inside her car, hand welded to the door handle and sunglasses melted over her empty sockets.

I don’t think much. I thought I could use this time to come to reflect. After a time, there is nothing else you can say, even to yourself. But routine is routine, I suppose. This bench has become more of a home than my apartment, one a kindly couple had given me residence to after I had peeled them off of the bathroom floor.

There aren’t many others left here. Most of the living are simple and pathetic excuses for human beings, stripped of their senses and their sanity crippled. They wander the roads like ghosts, moaning and crying and screaming. They don’t bother me anymore. A rumor emerged about a Midwest settlement, one that had avoided destruction by the sheer value of isolation. I had thought of making the pilgrimage myself, but I will be turning 62 not long from now. It has been made abundantly clear that my time here is over. All that’s left is waiting for the clock to chime. I heard this rumor from a young woman who had stopped at my bench to rest. That was a year ago. I haven’t seen her again.

Other than her, there was only one other person to wander past my bench, one that stuck much more stubbornly, like a cyst in my mind.

The city is silent. In the fresh days, when the fire still blazed, one couldn’t hear themselves think outside the screams, the crashes, the crumbling buildings, and the frequent explosions that rocked the streets. But now, there is nothing to be heard. Sometimes it’s so quiet that my own heartbeat becomes a cacophony, a drumbeat reminder that these old bones still cling to whatever life may be left.

next: The Glass Breaker – Part Two