The Baker, The Butcher and The Brewer, Part Four – The Brewer 8 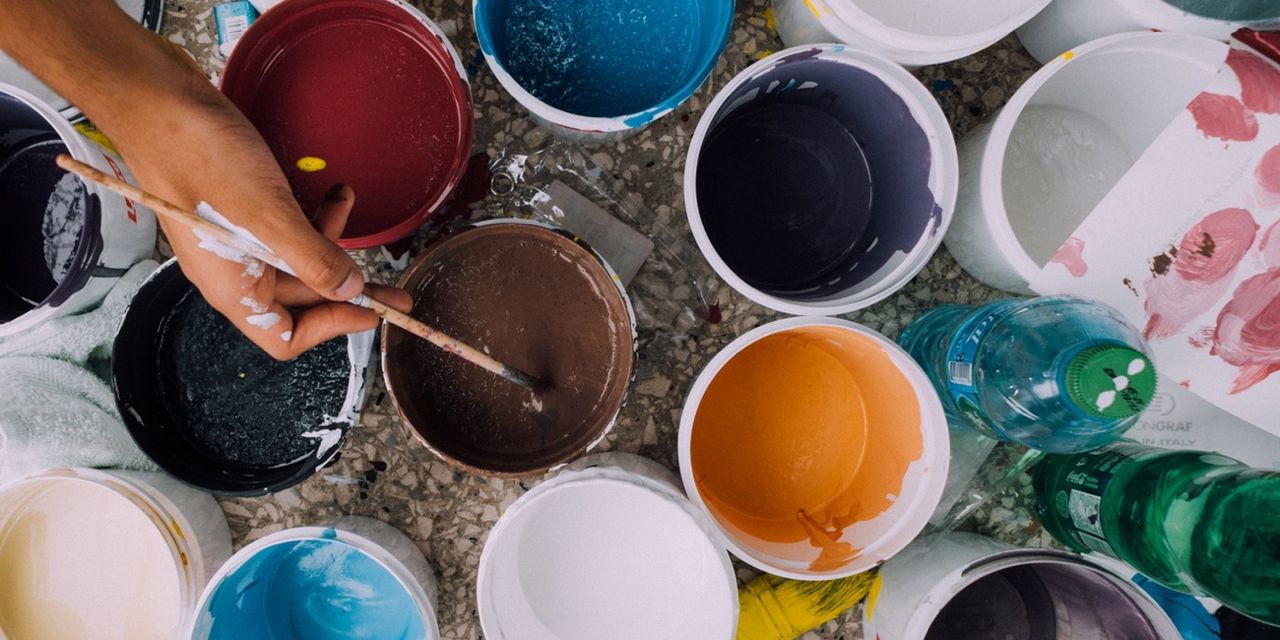 Talent, ideas, brilliance, genius, drive, motivation, environment, support are all not be underestimated. They all boil down to taking notes and believing in their merits. They all take up about ten percent of the physical time. The rest is flat land, still and silent if you are lucky. Filled with monsters if you are not.

The ten percent of his mind’s real estate is cheap. What really matters is the flat, still, silent and repetitive and boring rest dubbed hard work.

It was time for the Brewer to get down to it. Optimum isolation from everything that was not getting us closer to immortality had been instituted.

The Brewer needed to create a massive body of paintings in short time. He could paint, he loved to paint (I have been pushing the right buttons inside his head).

In between janitor shifts he only painted. His afternoons were his mornings. Waking with a long coffee and work.

His mind could only stay sticky for so many hours. So! We didn’t waste time.

Ideas were slept on, brewed into concepts, mixed into colors and diligently or abstractly (depending on how shaky his hands were) applied on the canvas. Like…

A skinny sharp-toothed man floating in a stormy ocean inside an upside-down-umbrella. Clutching on several bottles of wine. His hands were tree branches. One held chained to it a female head with shut mouth and eyes made of strawberries. The other branch supported a man. A man made of clouds. Made of smoke. Made of cotton candy. Made of loose wind-shaped water vapor and rainbows. The man was being stabbed in the eye with a labyrinthine telescope supported by the skinny branch. The telescope zigzagged through the sky to focus on a wicked angel. A headless marble sculpture of a classic beauty. Nude! Firm breasted. With wings of a butterfly. She held a bottle of wine furiously raining it into the wide gaping head of the cloudy man. They were all smiling. Smiling. Smile.

That was an example of the Brewer’s imagination. Mind you greatly tuned-down by me, your humble narrator. (I talked him out of painting babies suffocating on elegant neckties.) Otherwise he risked of never being widely understood. He was CFP-ed but in a good way. Clairvoyant Frivolous Perplexity at its best.

Frozen-faced? Sex-mad? Sentimental? Double-bitch? Specific and general simultaneously – hence relatable? Fiction-raping? A dolphin riding a zebra on the North Pole? Sugar for all!

The Brewer’s train of unconfined ideas was un-linear just like time. An un-linear train. Inside his head, his mind was liquid. (Without me he wouldn’t be able to focus and convey his ideas comprehensively.)

He was delirious, milky-eyed, absent from the physical world when painting. Smiley and free. The blank canvases listened to him and understood him. For a first time in his being he expressed his views with profound tearing purity of emotion, unafraid of scrutinizing misunderstanding and ignorance.
As if the wind got incarnated in him and the three of us redefined gravity. Skipped lighter than the air. The Brewer laid a canvas on the floor then another. In trance. He strapped his largest brush to his left foot and dipped it in black.

‘Be careful it’s liquid inside.’ He spelled on the first. And. The second.

The way I saw it he was telling a story without a story. Employing only the means to tell a story.

For the Brewer the left-foot sentences were not sentences. They were sculptures.

I wanted to make one with my ideas. A sculpture of words. Inspired by an Archibald-Harry conversation stored in my liquid memory.

The Brewer collapsed in the armchair. Unaware of the source of this exhausting vocabulary. He smiled.
Once charged with the freedom of creativity the Brewer didn’t use full stops. His every action required and exclamation mark.

He mused to create for his own walls. For the vault of paintings that were accumulating did not preach emotions in sync with his inner self. He carried ten sturdy blank canvases out in the vacant rectangular void locked by the backs of the buildings’ block. There underneath the two skinny trees struggling for light and nutrients he laid them on the ground. They covered nearly the entire space. He roller-painted all of them with a thick layer of sky blue. Nearly a mirror image of the sky itself peeking among the rooftops at the other end of the void.

He revisited the void once a week. It was a windy fall. Leaves, branches, dirt, occasional cigarette butts and other randoms would accumulate on the canvases. The Brewer would just roller-paint a new thick layer over the debris trapping them in space and time. Over time the canvases blended with a thick layer of paint encapsulating the season itself. At times it rained on the fresh paint carving it into rivers, canyons and lakes. Nature was assisting the Brewer in this masterpiece. Over a year later he recollected all ten and hanged then around on the four walls. He lived in the middle. His mind at peace.

Stay tuned for next week’s installment of The Baker, The Butcher and The Brewer – Tuesday, March 7th

previous chapter: The Baker, The Butcher and The Brewer – The Brewer 7