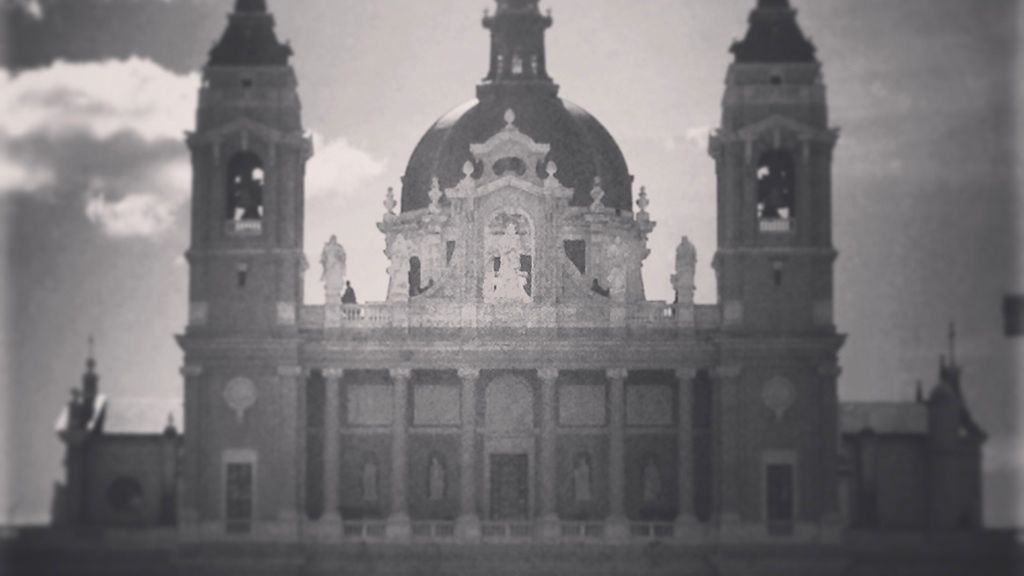 I sat on a stool at the zinc bar in a tablao on Calle Cañizares with a roja, small plates of tapas–consisting of lomo de cerdo embuchado, jamon serrano–and some olives; I waited for the  doors to the theater to open.

I slowly ate my food, drank my wine, and studied the old, faded bullfighting posters behind the bar.

“Eres aficionado, you like the bull fighting?” asked the camarero .

“No me apetece, I never had a taste for it.”

“No? have you seen Dominguin? If you saw Dominguin when he was a young man, then you might have a taste for it.”

“I know Dominguin. I was too young to see him, but I know him.”

“And Manolete? Did you ever see him?”

“Well, if you had seen him, you would think differently. He was the best, even better than Dominguin. He was an artist with the muleta. He danced with the bull. I worked for him for a time.”

He puffed out his chest and said: “as a banderillero.”

“A long time ago, after the war, when I was young, in the forties. I placed the banderillas on the bull for him. I did this for many years and I was the best. That is why Manolete used me. But after he died, I gave it up. I had a wife, a family. Muy peligroso, too dangerous.”

“That is a great story.“

“I’ve seen newsreels of Manolete. Still, I was not moved.”

“It is different on the television.”

“Yes, I’ll grant you that, it is different, still, I was not moved.”

“Ah well, but you have a taste for Flamenco, that I can see.”

He nodded, smiled, then turned to the shelves on the wall and pulled down a dusty old glass bottle containing an opaque dark fluid. The bottle had a red wax seal and faded yellow label. He placed a warmed snifter on the bar, uncorked the bottle and poured the brown liquid into the glass.

“Brandy de Jerez, Cardenal Mendoza, gran reserva, it was a gift to me from Manolete. It is a very old vintage.”

I sniffed the liquid in the glass, then took a sip. It had a woody sweet flavor and a slight burn on the tongue, I swirled it, and swallowed, feeling the warmth spread in my chest. The old banderillero nodded his head and smiled.

“Alright, tell me then.”

He leaned his elbow on the bar and in a conspiratorial voice said: “you are lucky, today, you are lucky, because, you will see La Mariposa Roja. The Red Butterfly.”

He leaned back, pulled out a stained rag from his back pocket and wiped the bar.

“Well, it is said, that she dances so beautifully, she made el Caudillo weep and that he was such moved by her baile that he asked her to dance for him en privado.”

“Well, this no small thing. It is said that she said, that she would do this, that she could do this. But she had one condition. Her father was a prisoner in Sevilla and that she would dance for el Caudillo only if he freed her father, who had fought for the Republic and who had killed many Nacionalistas. And when she made this demand, everyone in the room who heard, gasped, for no one would ever ask such a thing. But el Caudillo was so moved by her dancing that he acquiesced. He commanded that this man be freed. And once freed, it was arranged that the Marisposa Roja dance for El Caudillo in private at el Palacio Real. “

“Do you believe this story?” I asked.

“Vamos,” he said and poured more of the brandy into the snifter. “The show is about to begin.”

next chapter: The Red Butterfly, Part Three – That Is Why You Are Here