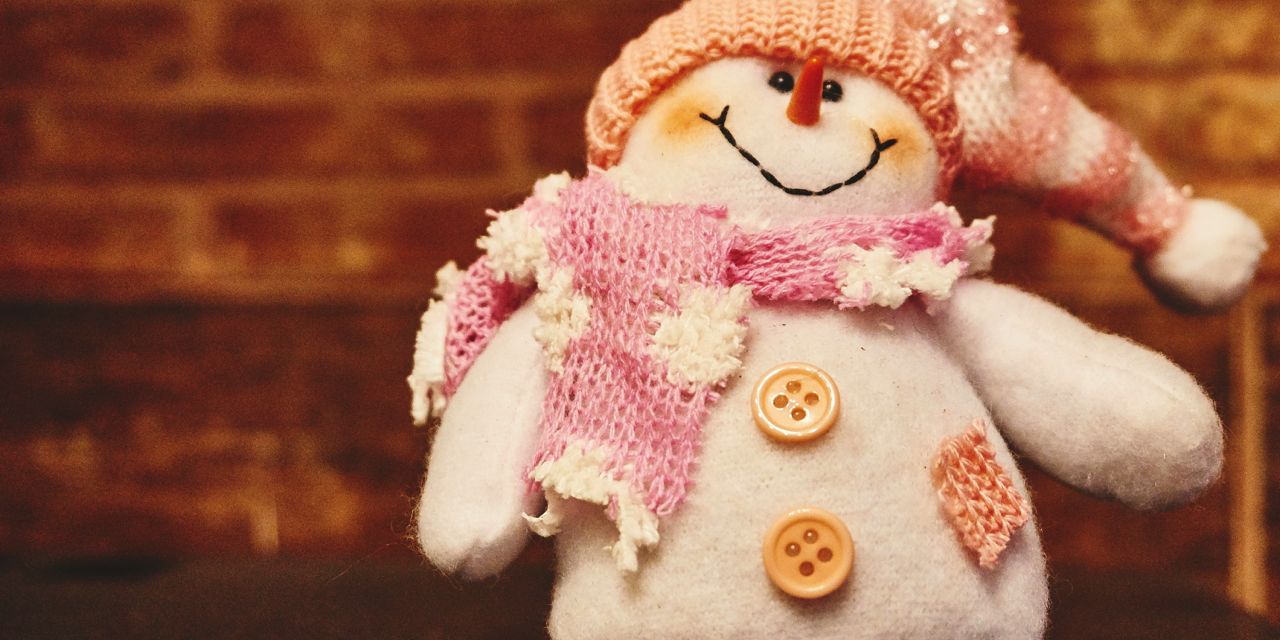 His bead eyes look at me, and in them I see my own. He’s my best friend, there since I was born. He loves to tell jokes and I love to laugh. I love to talk and he loves to listen. He has a green hat and scarf, a carrot nose, and three buttons topped off with a smile. His name is Snowman, the only snow that doesn’t melt.

I put him under the covers with me every night. His job is to keep me safe, and he does it well. When I wake up from nightmares he’s there next to me, and he tells me it’s alright. His voice is soft, calming. He knows how to make me smile. I hug him and say “goodnight,” and we fall asleep.   That’s how every night is, how it’s supposed to be. How I want it to be.

We watch movies together. I love Spider-Man, he loves The Adventures of Snowden. When the seasons change and the first snow falls, I watch him look out of the window. I ask him if he wants to be outside. He says he has everything he already needs in here. His smile is constant, always ready when mine begins to fade.

Because years go by and people get older. His eyes slowly lose their luster. He asks me why I’m acting different, I tell him nothing’s changed. His voice is softer now. He moves slowly. I smile at him, but his smile is flatter. We play as usual. In the night I wake up, and no one is beside me. I look to the floor, and he is lying, looking up at me. I don’t pick him up.

Sometimes when I’m in my room I’ll sit him next to him. We talk for a little while, catching up on things. I tell him I’m sorry for not seeing him in a while, I’ve just been busy. He says it’s alright, he’s just glad I’m here now. I say “me too.”

Snow is replaced with fabric.

His home becomes the top of my bed when it’s made, and the floor when it’s not. If I do play with toys, it’s with superhero action figures or light sabers. He watches in silence. Time doesn’t work like the movies. There is no going back. My best friend hasn’t left me, I left him, and I don’t even know it.

He served his purpose. He kept me company when I needed him; when I was scared, when I was sad. If I wanted to draw a picture he was the first to help me come up with what to create. And now I’m gone. I wonder what I said the last day I talked to Snowman. It probably wasn’t a lot, maybe just a “hello.”

Then that was it.

He became a stuffed snowman, thousands of others in existence.

I know where he is now. In the laundry room at my parents’ house. He sits in a basket, covered in random articles of clothing. The white fabric has become yellow. His stitching comes a part. His sewn in smile still remains.

Every winter has to thaw.

He looks up towards the ceiling, waiting for someone else to bring him to life.