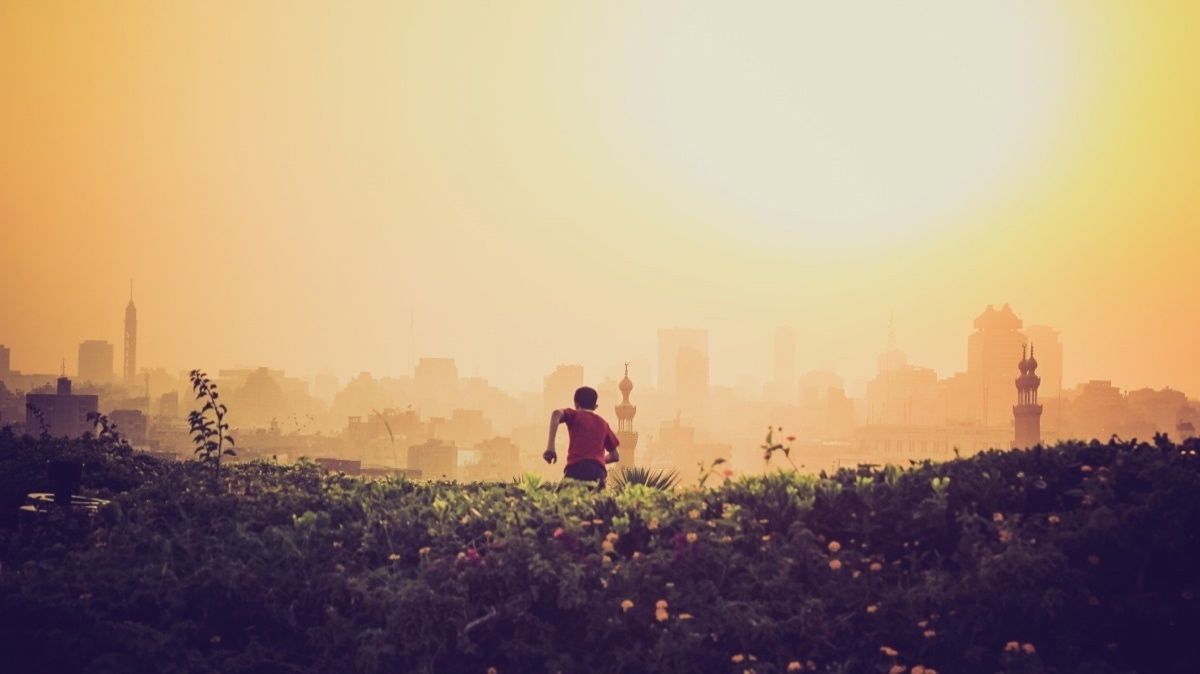 There’s almost no way to make someone understand what it means to beat your high school’s hundred-meter sprint record. It’s like trying to explain color to a blind person. But I’ll do my best:

Imagine that you’re taking the hardest math class in the world. You’re good at math, intensely good. You’ve been devoting all your days to it since you were old enough to understand what math even was. But so has everybody else in this class. These are some of the world’s greatest minds; they approach differential equations with the sort of shrugging indifference that most people reserve for basic arithmetic. Throughout the year, you plunge into your problem sets together, in a spirit of alliance shot through with streaks of vicious competition. And at the end of this grueling year, this intellectual gauntlet, you emerge the victor, your score the highest peak in the tallest mountain range. Then your teacher walks up to you and says, You know how A+ is the highest grade we have? Well, not anymore, it turns out. There’s actually a new grade, higher than that. And we know this because you just reached it. You, and only you. You’re the pioneer in a wilderness of brilliance. This grade exists because of you. Every math class in the world will now be judged against your achievement.

Now imagine that you’re riding a bicycle with no wheels and no handlebars. The sense of propulsion without the sense of exertion. It’s not even really about speed; it’s about discovering an entirely different way to move, a different way of making your way through the world. A lot of people run these days, but not like this. For them, running is just walking, only faster. What I do, what I did, is something else. Imagine what that must be like, to move in such a way that the basic act of it, the way the world looks and sounds and feels to you for that brief span of time, is wholly changed. Put those together: that’s being a champion sprinter.

This can be a difficult experience to get across. But it’s not impossible. What’s impossible, what can never truly be circumscribed with mere words, is the experience of beating that record, and then seeing, as you come loping to a halt, this girl you’re in love with in the space between the bleachers and the brick rear of the school complex, kissing a boy you don’t know. That’s the sheer limit of human language, right there.

Think about it. It’s easy enough to visualize, sure. But then it’s also easy to visualize moving really quickly. You just take the experience of moving normally, and you speed it up like a tape. But that’s not how it works. That would be like watching a 3-D movie without the glasses: categorically incorrect. The same is true here. You can’t get to what this feels like by taking a couple different ideas you know—the thrill of success, the feverish misery of heartbreak, the fury that overtakes you at the moment of betrayal—and tossing them into a collage. Something in the mixture has the quality of alchemy; it is more than the sum of its parts. How to be thrilled when you’re miserable? How to be furious even as you’re deep in the thrall of a chemical high, the greatest one, in all likelihood, that you will ever know in your life? How do you navigate all of these simultaneously? And at what point do you stop having to navigate them?

I think part of what makes it so hard to get through to people on this is that the answers to those questions are still a mystery, even to me.

But of course, the impossibility of an act is sometimes not so much an impediment to performing it. Because I have tried to do this, to make people understand what my life has been like, a hundred times over the years, and always with the same result. It’s a little like scratching at an old wound. The wound will still be there, but you feel good about it for a little while anyway. If the only relief I can get is in the telling of this story, in the agonizing effort to shade in the details, to construct the perfect analogy, then I’ll take that. Even if, after a while, the telling itself is all that’s left, even if the desperation of that repeated failure comes to eclipse the event that helped to birth it, I don’t know that I’ll ever stop. There are sprints and there are marathons, and I only know how to finish one of them.

Here’s what it’s really like to run faster than anyone else: it’s the shuffling off of all fear, all inhibition. It’s the finality of knowing that you truly are what you want to be, that you can do what no one, regardless of their platitudes, actually expected from you. The certainty of success, moments before it becomes an actuality. It’s escaping from one thing, and catching up to something else. And as enviable as it may seem, it’s the worst ordeal that can ever befall you, because after you feel it once, you will want for nothing but to feel it again, whenever you can, however you can. Long after your legs have withered beneath you, you will dream of the passage of air, the blurring of the light, the dizzying heat of the blood rocketing through your body, and more than this, more than all of this, the satisfaction of knowing that someone is watching.