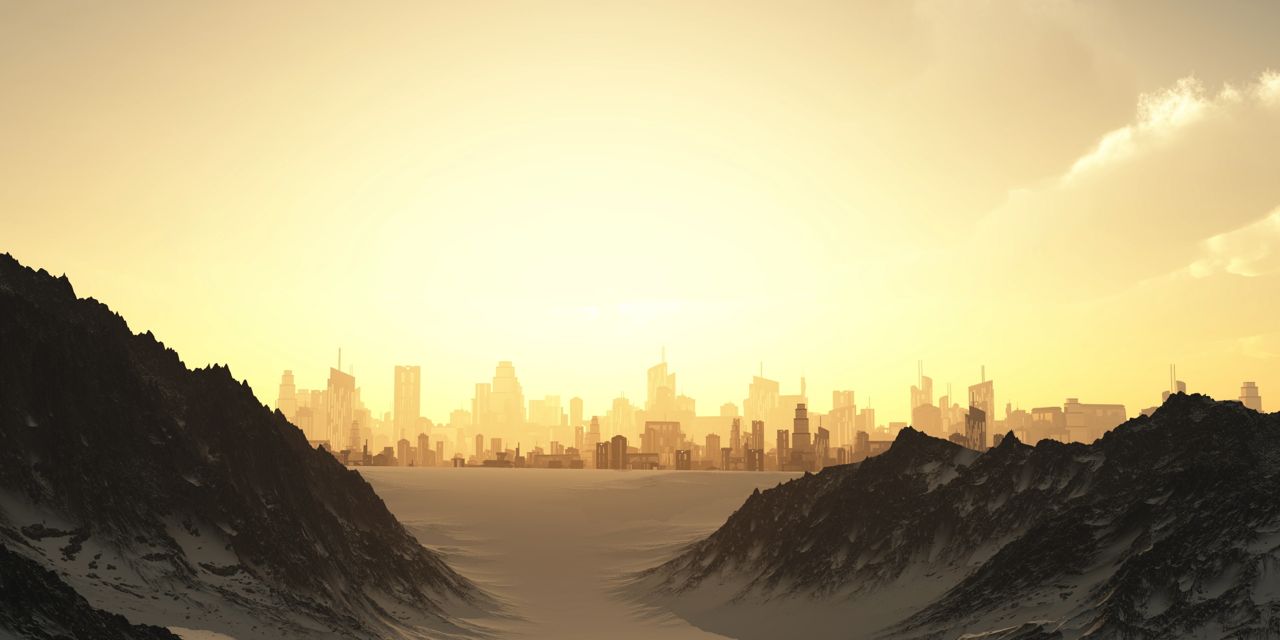 Jopp jumped back just in time to avoid the flailing body being hurled into the street. The body landed with a splash in a muddy puddle. Jopp looked up at the figure who’d done the hurling, who’s hulking frame looked to be made completely of stone. The figure looked that way because he was, of course, a Craglad; a race of anthropomorphic rock people…duh. He noticed Jopp and spoke in a gravelly voice, “What’s the word, J?”

The rock man held the door open, “Comin’ in?”

Mica shrugged, “Sure thing. I’ll make sure there’s a seat at the bar for ya.”

As Mica dipped back inside the establishment known as Comet’s Cocktails, Jopp caught his own reflection in the mirrored paneling. The visage staring back at him was just a hair above five feet, and was sporting pale yellow skin, a wide nose, and two short nodes protruding from a bare scalp. He’d put on a few pounds since dropping out of the academy, but he was still a dashingly handsome specimen of the mighty Yoblon race, at least in his own mind.

“Yer mother was a pebble!” cried a voice from behind him. Jopp turned around to see the formerly flailing body sitting upright in the puddle. Underneath the fine layer of mud, Jopp could make out the jowly frog-like features of a Bogtek.

“You’re a little late on the comeback, pal,” Jopp quipped, “The big guy already went back in.”

“Figgurs,” the Bogtek slurred, “Damn Craggies always makin’ trouble… We should be turnin’ ’em into buildin’s… not givin’ ’em jobs!” At the end of his blubbery green arm, a white card was clasped in his pudgy fingers. He raised it up, “My money’s jus’ as good as any damn Craggies!”

Jopp stepped off the curb, and walked up to the slovenly creature sitting in front of him, “I hear you, pal. These damn rock brains think they’re as sentient as the rest of us. Tell you what, loan me a couple pecks, and I’ll go buy us some ales.”

The Bogtek’s head nodded, causing two of his chins to bounce, “Shounds goooood…”

Jopp snatched the card, “Thanks, pal. I’ll be right back. You should get some rest.”

Within a few seconds, the Bogtek was curled up in the muddy puddle, and snoring loudly. Jopp slid the door open, and for a moment, the din of music and drunken chatter washed over the sleeping drunkard. He pushed through the crowd, and pulled himself up to an empty seat at the bar. The bartender, a six foot tall beetle, walked over and snapped, “We don’t serve scrogbags like you in my place.”

“You know, your cousin told me the same thing this morning… right before I scraped him off my boot.”

They stared unblinkingly at each other for a few long seconds. Then, in unison, their hard stares dissolved into laughter.

“Must have been a big run,” said the bartender. He kept wiping down the counter with three of his hands, while the fourth picked up the white card. It had “100” displayed on a small digital screen.

“A hundred Tahlians is worth celebrating? Times must be rough.”

Jopp chuckled, “Nah, that ain’t my bonus. I swiped that from the racist yok Mica just bounced out of here.”

The bartender’s mandibles again clicked with laughter, “Serves him right. He was getting a little handsy with the female patrons. So what are we celebrating tonight?”

Jopp replied, “I just hauled a thousand tons of bio tech across the Kebdo system in less than a week.” The bartender set a green bottle in front of Jopp. He picked it up, “Thanks, Hale.”

“No problem…” Hale replied, “So I don’t mean to be sticking my antennae where they don’t belong, but you’ve made runs like that before. What’s so special this time?”

Hale made a sound not unlike whistling, “Tier Nine?! So when will you decide you’re too good to drink in a dump like this?”

Jopp chuckled, “I’ve always been too good for this dump. And besides…” He paused to watched Mica pull apart two anthropomorphic balls of fur who were in the midst of a physical disagreement. He looked back to Hale, “This place has too much charm.”

Hale snorted, “Oh sure, we’re just bursting with class.” He accented the point by spitting a foamy white substance on to the floor.

“Bopp’s not feeling well. Hey, I’ll be right back. I gotta go refill a round for these yoks.” He jerked a claw back towards a group of reptilian Soreshi, whose python-like head’s were huddled close in clandestine conversation. Jopp took a sip from his bottle, and spun around on his stool to scan the motley assortment of bar patrons.

Two Dronlas, walking hulks of red hued muscle, were chatting up a table of female Muna; humanoids with multicolored complexion arrayed in jigsawed patterns across their skin.

A healthy portion of the crowd noise was coming from a group of his fellow Yoblons in the throes of a serious bender. Dozens of empty bottles littered their table, as well as the floor around their table. Two of their party, however, were less interested in drinking and more focused on seeing how far they could shove their tongues down each other’s throats.

He saw a cluster of Kapua; sparkling glowing clouds. Jopp spent a minute pondering the logistics of how a sentient ball of gas would get drunk.

In the corner was a table full of Tahls, lean seven footers, their long purple heads tilted back as they chugged from glass mugs. Probably junior executives, celebrating their first bonuses.

“The trust fund crew is slumming it tonight,” Jopp quipped to no one in particular.

“Maybe daddy cut off the credit feed, and this is the only place they can afford with their actual salaries,” said a voice to Jopp’s left.

Jopp chuckled and turned to find the voice’s owner. He found himself looking into a dazzling pair of golden eyes. Attached to those eyes was a face bearing striking humanoid features and a powder blue tint. She brushed back a platinum colored lock of hair over a pointed ear node and smiled. Jopp returned the smile, “The name’s Jopp. And you are?”

“Nice meeting you, Loi. So what brings a lovely lady like you into a place like this?”

She snorted back a laugh, “Is that really the best line you can come up with?”

Jopp was unfazed, “When you look this good, Sweets, you don’t need clever lines.”

Loi arched an eyebrow, “So you think you’re that attractive,  huh?”

Jopp shrugged, “Hey, you’re the one who started the conversation.”

She gave him a wry smile, “Fair enough. Okay Jopp, I’ll tell you what; you buy me my next drink, and I’ll tell you exactly what a lovely lady like myself is doing in a place like this.”

This time it was Jopp who arched an eyebrow, “You got a deal, Sweets.”