The Malevolent One – Part Three 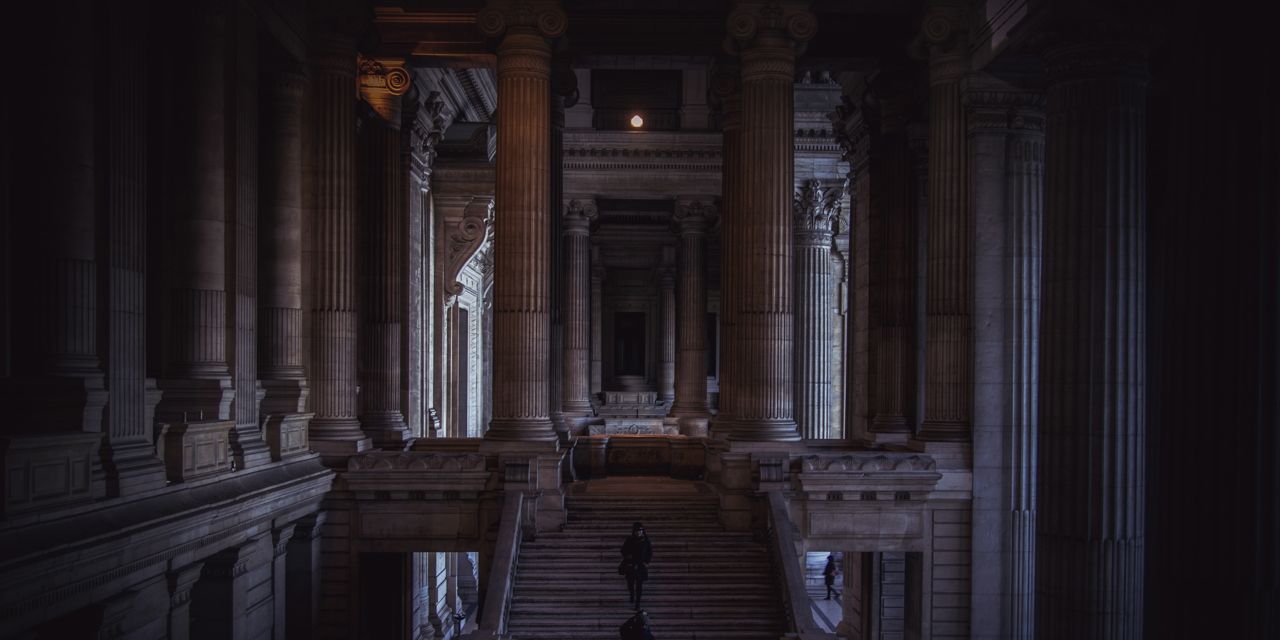 Joe’s father was a man who excreted elegance; he was the type of person that one would believe leapt out of a militaristic myth and into the real world. Joe’s dad seldom was spotted out of the house without one of his many patented suits; all of them beautiful with simple colors, that radiated nobility. He had an exquisite mustache that was gelled at the ends so that they pointed in an upward curve. Joe’s father was fortunate for a man his age, possessing glistening white hair that flowed down in a thick waterfall that reached down and beyond his wide shoulders. No matter the occasion, place or person, the old man always had his chin up, his back straight; his eyes focused on the situation at hand.

“Gentlemen, please, what seems to be the problem?”

Each syllable was spoken slowly and carefully with grace — the words came from a voice that would intimidate even the most experienced politician. Joe’s father could hold an entire congregation of people bewitched by the most mundane topic, begging for more — or could have the most intractable man cowering in a corner crying, begging for the noise to cease. Joe tentatively turned around and saw his father. Confident as ever, he held his hands behind his back and his chest leaned forward.

Joe changed his rage-filled demeanor, replacing it for the more innocent one to which his father had grown accustomed.

“This brute just dared to lay hands on me! Look, Father, look see how purple and red it has become! Have this man arrested! Let us both journey in the limo to see Dr. Felix so that we can see may judge the injuries this man has caused me.”

To further the ruse, Joe held out his left arm and let his wrist angle downward, putting on his Oscar-worthy performance, trying to portray how it was shattered. He also whimpered out through his lips and gave his father a victimized look. Joe’s father observed both Joe and the beefy man beside him with wise, seasoned eyes.

“I’m sorry, Sir,” the museum worker said, “but I was obligated to prevent your son from touching an artifact. Though I apologize if I acted irrationally — but you have to remember just how fragile, old and valuable some of these objects are.”

The large man reached a meaty finger into his pants pocket and withdrew a tiny rectangle and pointed it toward Joe father’s eyes. Joe was able to manage to catch a small glimpse of what it read — Museum Director Darren Flie. Well, crap.

“Of course, Mr. Flie, though it is not you who should be spouting out apologies. Worry not, for I witnessed the entire circumstance. Boy, I believe you have something to say to this man.”

Joe had never felt so betrayed by his father in his entire short 16 years of over-privileged life. When had his father gotten so soft or so morally sound? Was this really the same man who had protected him from the law on many numerous occasions before — the same man who people told stories about his time in the military and how he did anything he had to in order to extract information from enemy soldiers or spies? Joe shuffled his feet and dropped his gaze toward his freshly tanned, still fairly pale feet; he was wearing the sandals his mother had gotten him while vacationing on one of the many islands in the tropics.

Both Joe and Mr. Flie shared a few seconds of utter confusion as Joe’s father smiled brilliantly; Joe joined him as he realized what was happening. The roll of Mr. Flies’s double chin juggled as he shook his head in disbelief.

“Sir, I’m not sure what you think you saw earlier but it most definitely was your son. Now, if you refuse to allow me to apprehend him both of you are going to be in trouble — maybe even banned from ever coming here again.”

Joe’s father’s simile didn’t even waver after that rebuttal — in fact, it might have grown in size and wickedness.

“Ha! You don’t know who I am do you, Son? I’m the man who saved this country from going to war. I’m the man with extremely powerful friends — some actually sitting of the board of this establishment and much higher above of this museum that could guarantee you never worked another job again in your pitiful life. Now, Friend, don’t you as we’ll now recall that hooligan who ran off and you were about to chase?”

“I don’t care who you think you are and what friends you think you have — I’m going to report both you and your son to the poli…..”

Despite being advanced in years, the old man still moved incredibly fast; neither Joe nor Mr. Flie had time to flinch before Joe’s fathers strong hands were clasped around Mr. Flie’s neck. He slammed the gargantuan man against a wall with such strength that it caused some of the art to shake on the nails on which they were hung. With bugged-out eyes full of terror, his gut inhaling and exhaling at a rapid pace, Mr. Flie looked like a man about to meet his death. With a bony, clenched fist, Joe’s father punched Mr. Flie directly in his kidneys, causing him to lose his feet and slump down to the floor. All the commotion caused a group of onlookers to form around the trio, curious to see what was going on. Joe’s father stood over the distressed Mr. Flie; he leaned down so as to be at eye level and gripped the man’s right ear. So strong he held it that Mr. Flie let out a mighty wail; tears and sweat ran down his face. Joe’s father wiggled out his index finger as he began to address Mr. Flie once again in such a quiet, intense whisper that only Joe and Mr. Flie could understand what he was saying.

“Listen, Old Sport, I don’t think you realize who you are dealing with here. While you were still shitting in your cloth diapers, I was overseas fighting a war to protect this country which you continue to sully. How you can bear occupying this great nation with your obese self I cannot even dream a suitable excuse. Now, if I say you have the wrong kid, you better fucking believe that you have the wrong kid. If you think that getting you fired is the worst thing that I can do to you, then you are devastatingly incorrect. I can have you buried in an unmarked grave — alive and suffering — while you are fueled with the knowledge than my men are torturing your family until they begged for their deaths. Is that really the road you want to go down, Mr. Flie? Or do you wish to drop this entire debacle and put this entire thing behind us so we can all go on our merry way?”

Mr. Flie was openly crying with shut eyes, both of his hands held up to his face as he sobbed emphatically.

The coercive man turned from the craven fool and walked down the hall.

Joe, with thoughtful understanding of when — and, most importantly, when not — to push his good fortune, followed his father without a sound.

next: The Malevolent One – Part Four

previous: The Malevolent One – Part Two