The Baker, The Butcher and The Brewer, Part One: The Baker 16 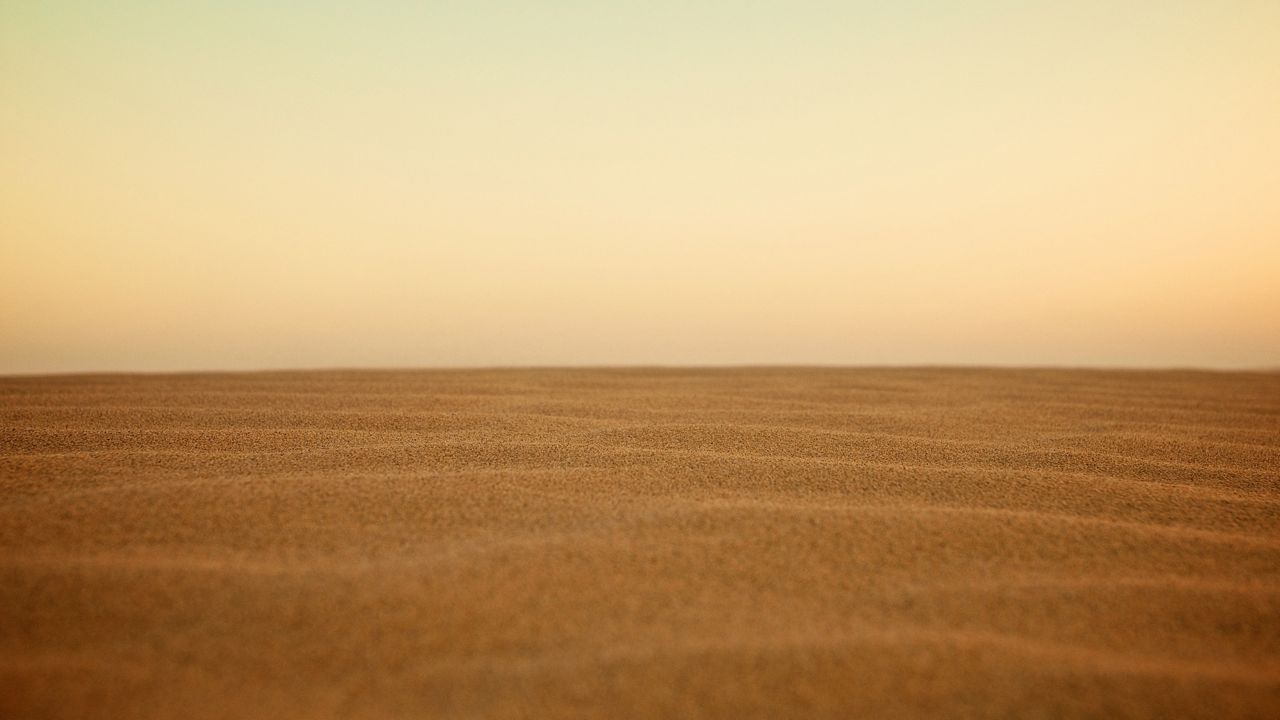 ‘In the late afternoon of the seventh day my senses were keen. I had followed every instruction and kept at the right pace so the result should have been evident by then. I still had a few hours left on the clock. In front of me was endless vast plateau with a blurry horizon. I felt like I was walking up to the sky. I checked my facts for I thought I may have misread a sign or a clue. I kept riding, chewing tobacco with a stare fixed on the uncertain nothingness ahead of me. With less than an hour of light left the blur started clarifying and a tinny needle pierced up from the desert floor at the horizon line. It was the first and only sign of relief in the landscape I had seen all day. For at this point I had a full circle view around me with nothing but flat land consumed by the sky. I advanced as much as I could in the same direction before nightfall.’

‘Shortly pass dusk I was laying on the heavily cracked dry dirt land, chewing tobacco and absorbing the magical change of mood. It was as if I was lying on an endless sheet of silk on a hard bed. With every blink the sky turned a different shade of magical blue. The stars multiplied with vigor and passion and I had no thought left on my mind. That, my friend, is absolute and unconditional beauty and peace. I felt like I am in a perfectly round bowl and the sky is the dome covering it. That was the best bed I have ever slept in.’

‘The morning presented me with a gift as well. Since the rising sun illuminated my goal from the opposite of late the afternoon side I could clearly see the needle was actually a wind turbine. You could imagine my enthusiasm as I sprang up loaded the mule and pushed forward. By noon I could see the outline of the structure erected in this wasteland. I kept going in the heat of the day striving for the blurry destination. I thought that it was a brilliant hiding place for no one will be able to find it unless he knew where it was or by some great accident. Shortly pass midday I was standing outside of a futuristic complex powered by the wind and sun. I couldn’t help but wonder at the massive structure and thought it was nearly impossible to build something of the sort there. This must have cost many men’s fortunes and I was sure it did. But was it merely hiding an old man from the world or did it conceal a darker secret! At this point I thought my journey has been rewording and at its end. That was far from the true. My mind was about to experience the gravity of an insane man.’

‘I took good care of my horse and mull for they have helped me a great deal and I needed them for the way back. Then I proceeded entering the desert house. The main gate was not locked or even had a lock. That fact went in suit with not expecting any uninvited visitors in that part of town. If someone embarked on that travel no lock would make him turn back, would it! I went through three layers of doors to reach an air-conditioned botanical garden. What a simple pleasure my body and eyes experienced when I entered that cool room furnished with tropical plants. I believe your grandfather has a similar hobby so you know exactly what the visual pleasure of a garden is after seven days of desert. Knowing the habits of the master of that house very well I strolled through the garden to reach a table where he was sitting with his back to me showing no signs that he sensed my presence. I could smell the fresh croissants, toasted bread and fruits on the table. I could see the steam evaporating up from the teapot. And yet there was something tragically static about that picture. I couldn’t let myself call him out for some strange reason so I just slowly walked around till I faced him. I wish you could have seen my face when I encountered the first extremely abstract point of my reencounter with the past. The figure at the table had, indeed, my mentor’s face but it was not him. It was a rubber dummy crafted to perfection with silicon implants and vivid eye color, real hair. Further more it held a tobacco pipe in one hand now visible to me with tick clouds of smoke steadily coming out of it. Yet another detailed gimmick.’

‘He had always thought me to be a practical man and never to put myself in a situation where I have to retreat to the use of such crafty tools. For usually the cost in them is greater than the actual benefit. That gave me a clue that he is indeed desperate. Even the croissants were not real only the fragrance of warm food was dispersed on regular intervals from the table in order to occupy the visitors mind on a basic level. I was amused.’

‘I took a careful look around without making any un-thought- through advances. Everything looked sterile and static. A thin sound of circulating air filled the space undoubtedly from the ventilation system. My eyes were fixed on the only possible advance direction. Opposite the entrance there were three identical doors painted in different bright colors, yellow, green and blue. They were quite visible from the start but looked more like wall panels than actual passageways. I slowly strolled in the direction and indeed they proved to be doors. At my first attempt on the green door it proved to be locked. As soon as I released my grip the ventilation system ceased which I did not find strange. Now the garden was perfectly quiet and still. I was in front of the three doors which looked almost animated in contrast with the neutral grey walls and natural green plants.’