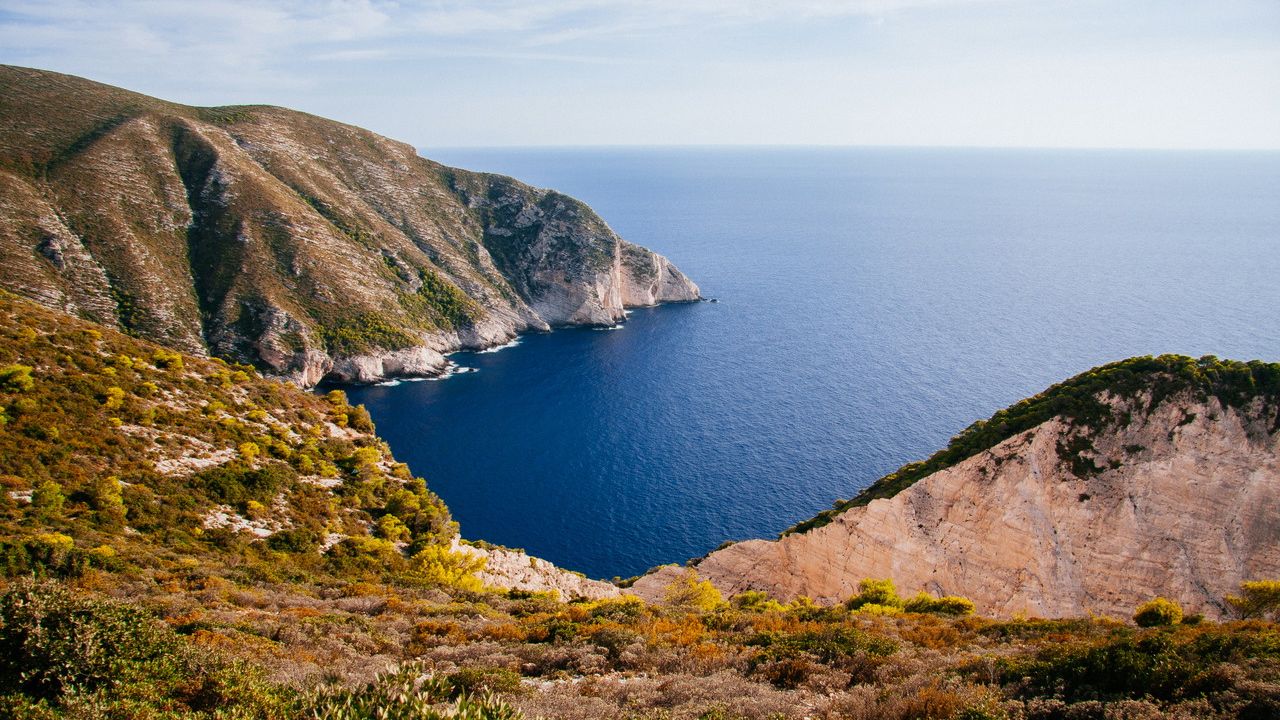 At first she was unresponsive, but then, her eyes softened. Slowly the young girl’s perfectly round head emerged. She was like a small doll. It was hard to guess her age; her youthful beauty hid behind her sad little dress.

Olivia and I looked at each other. “Do you speak Agagnan?” Olivia asked, slowly emphasizing each syllable.

Confused, Olivia and I exchanged looks. Then, the ding of a bell in my brain recalled an important memory. “I’ve heard something like this before,” I said.

“Sounds like the Old World Version of the Zephritic tongue,” Olivia said matter-of-factly. She asked the girl her name.

“Euxine,” she answered. Her hypnotic eyes were fixed upon my own, and it was as if she cooed a gentle lullaby in my ear.

Olivia pointed to her chest and spoke her name. Then she introduced me: “Daphne, sus ma.”

It was then my fingers hovered over their lips, touching only dried skin. It was like I drunk some sweet liquor, and the sun shone more brightly. And my eyes fell adoringly on Euxine.

Olivia must have felt the same way, for she was hardly able to keep still. Swaying over Euxine, she spoke in their weird, secret language. Laughing.

Olivia then asked Euxine to invite us into her shack. And she did.

The shack was pathetic. Only a single dirt-ridden room with a cot inside a small alcove. I had never seen anything so simple, so insignificant. Another door led out the back. Because there was hardly enough room for us all to fit inside her home, I leaned against the entrance. She blathered on and on, and although I’ve heard those exotic words in my dreams, it was beyond my comprehension. Adele, too, was left silent. She was too young to know about the Zephritic language, one that had been banned as the language of lies and deception. The language of magic.

Being the oldest, Olivia received some training on the Zephritic culture. Her mind was like a sponge, and through some illegal means she was able to procure the lessons necessary to speak Zephritite. Now she got all of Euxine’s attention, while I was meant to meander like some nialis.

Sometimes Olivia translated for Euxine. She was married to an old wheat farmer, to which I replied: “I’m not surprised.” I leaned out the window and marveled at the mountains that met the ocean, far more frightening now that I had a real chance to look at it from a distance. They were staggered, tempting you to jump from top to top. But, there was no way to make it without falling.

Then I heard the word Jeandeau.

I turned around. “Jeandeau, you said?”

Euxine nodded at me, her arms spread out wide like the wings of a bird. “Byoinov!” She said, her row of off-white crooked teeth smiling at me.

“She says ‘welcome.’” Olivia tried to hide her painful grin. “You sound like you know this place.”

“Severin!” I said jumping up and down. “I understand that. That… that’s Lord Severin, Isabelle’s father.” I grinned proudly. “And the King’s brother.”

Olivia’s smug little look was priceless. “How do you know her?” She asked me.

I shook my head at her. “From the State of Tappen,” I answered. Still she didn’t recall. “Isabelle Lu Jeandeau?”

I nodded agreeably, but reluctantly. “Well you were on house arrest when this happened,” I said, smirking at Olivia. “Mother and I went on holiday to Teppan.”

Olivia rolled her eyes. “I remember,” you said. “Mother tried so hard to convince Father to let me go.”

“Well no one told you to flee to Seabright without letting them know,” I replied. “Anyway, there was a magnificent Inn made of ice-”

“-Ugh, yes. You’ve told me about it too many times to count…”

“…And it was at that inn we met with Isabelle and Lord Severin.” I walked into the narrow space left in the shack and found myself leaning against the wall. “She and I played later that night for Mother and Severin Lu Jeandeau. She played the piano… and she played it horribly.”

Lips pursed, Olivia rolled her eyes. But I pressed forward. “Well, I can go to her and ask her to let me speak to the king.”

“Is it that simple?” Olivia asked.

Euxine pointed over my shoulder and out the window, where the face of a mountain was not too far from us. She started speaking jibberish.

Olivia finally turned to me. “Jeandeau’s kingdom is on the other side of this peninsula,” she said. “Euxine said to get there we would die of starvation or sickness. And…” She examined herself, slightly swaying to and fro. “I must admit I have to agree.”

I looked down to see my dress ruined. It used to shimmer in the sunlight a flash of cool white. Now top of its hem was torn to shreds, spidery strands of thread and strayed pieces of it dangled from my back and arms. And there was blood. From climbing the rocks. From the pirates.

The young girl talked again. And Olivia translated: “Or worse. The guards might catch us.”

Euxine continued to babble on incoherently.

“Why is that bad?” I asked, talking over her.

Euxine shook her head at me.

Olivia frowned. “The King and his Capitale are very heavily protected,” Olivia said. “They have strict rules about the people who come and go in this state.”

Euxine must have noticed our grief, for then I heard her mutter something. She carefully bent down under her bed and lifted a decrepit wooden board from the floor. Suddenly, objects were flying all around us. A brown leather satchel, small pieces of bread, and leathery flasks.