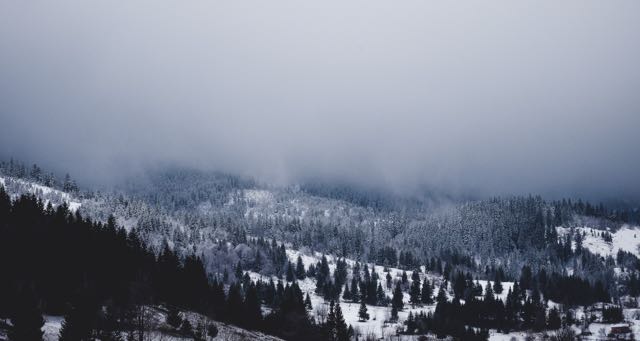 We don’t smell smoke anymore, but a gray haze hangs over the evergreens on the mountains.

A two-lane strip of asphalt separates those mountains from the outer edge of our neighborhood. Cold comfort, as another engine races by.

Photo by Ciprian Boiciuc on Unsplash