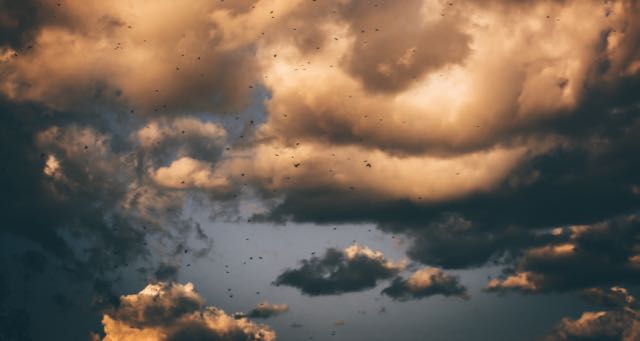 A cool breeze rustles the topmost leaves in the backyard. It spreads the white and gray cumulus clouds that enshroud the sky in a mass of growing darkness. It feels so much cooler than yesterday. I sit on the chaise as Mira prepares an early dinner and Frankie does whatever he wants.

The crease on my brow from the early morning headache remains. The subtle ache in my back carries the trace of self-doubting accusations that echo within: “You can’t. You’re a failure. You’re shameful.” I keep my seat, unresponsive to them. While the thunder I keep expecting doesn’t come.