The Human Comedy: Moses Went Down to George’s 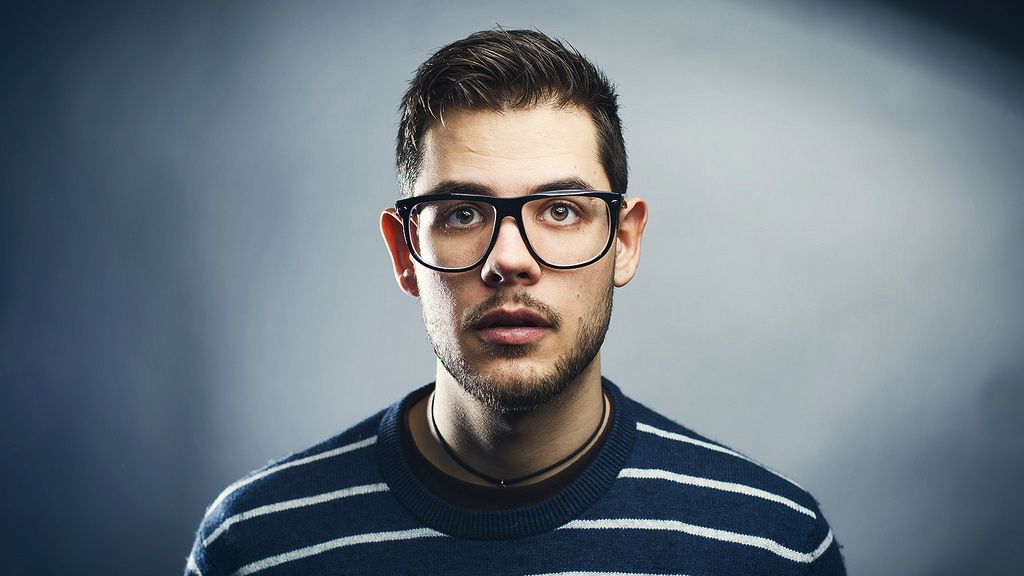 When Moses made it to George Bernstein’s Yom Kippur “Break the Fast” dinner at 6:00 p.m. — the time Facebook said it started — he was the first guest to arrive. “How long will it take the others to walk here?” he asked.

Moses ran his fingers through his mane, which dangled halfway down his finest linen tunic. “How can they drive on Yom Kippur? Surely, God should smite them for this!”

“You don’t have to remind me of my age,” Moses grumbled.

Most of the cars dropped anchor by 6:30, and their drivers descended upon the feast of nova lox, kippered salmon, whitefish salad, bagels, cream cheese, kugel, chopped liver, rugelach and apple cake. “But we haven’t sacrificed a she-goat!” Moses cried. “We haven’t placed the sins of the tribe on a scapegoat and banished it to the wilderness! We haven’t even blessed the food!”

Moses shook his great, bearded head. “Is this even kosher?”

“It’s from DiBrunos,” said George. “Better than kosher.” He turned to Silvia and Paul, two of his dinner guests. “How was your fast?”

“Fast, schmast, Georgie Boy,” Silvia pooh-poohed him. “You know I’d just die without my egg-white omelette in the morning.”

Paul puffed out his chest. “All I had was my coffee.”

“I didn’t eat or drink a thing,” boasted Cindy Cohen, the town yenta.

“You don’t count, Cind,” George said as he stuffed his everything bagel with just that. “You pop enough Adderall that every day is Yom Kippur.”

Moses sat down. “Adderall?” His mind was a dreidel. “Is that something the women use to purify themselves during menstruation?”

George smirked. “It was something my ex-wife used to skip menstruation altogether.”

“You banished her from your lands?”

“No. We had an amicable separation, and we split our belongings 50-50.”

“What about your other wives? And the sheep!”

Cindy, Silvia and Paul stared at the prophet. One-by-one, they shuffled out of the kitchen. Moses started to follow them, but George placed a hand on his shoulder. “Moshe,” he said, “let my people go.”

Moses sat on one of the kitchen bar stools, which he’d earlier referred to as the strangest thrones he’d ever seen. “I don’t understand you modern Jews,” he confessed to George. “On Yom Kippur, you drive to temple, you watch TV, you use the telephone, you shower, and some of you even eat and drink! You don’t keep Shabbat, you go to synagogue twice a year, you marry one woman — some of you marry men, don’t get me started on that — and you eat double bacon cheeseburgers. You make Nineveh, Sodom and Gomorrah look wholesome. It’s like you don’t care at all for the traditions, and yet … you consider yourselves Jewish. You celebrate the holidays, you recite prayers in awful Hebrew and pepper your language with inherited Yiddish, and you genuinely seem to care about your heritage … I think.”

“I know, Mo,” George said. “We’re weird. You have to understand: It’s not easy for us. We’re Jews, but we’re also Americans, and above all that, we’re human beings. We live in a world where following every word of a 3,000-year-old book doesn’t make a whole lot of sense. If God from Leviticus were the CEO of Levi’s, he’d have a PR mess on his hands if he behaved the way he did in the Old Testament. These days, you can’t destroy whole cities or demand sacrifices without getting the U.N. or PETA all up in your business.”

“Sure.” George popped some lox on Moses’ paper plate. “I guess what I’m trying to say is: I know we pick and choose what parts of Judaism to keep, and what parts to ignore. I know it’s arbitrary, and that some of us do one thing, and others of us do something else. We still feel that we’re Jewish, and we do certain things to maintain our heritage. It’s important to us to preserve the links to our past, and to safeguard our cultural identity. But it’s true — we have broken religious ties in the name of assimilation.”

“I’ll say.” Moses shook his head. “I thought parting the Red Sea was hard. You should’ve seen me trying to cross that highway in my sandals!”