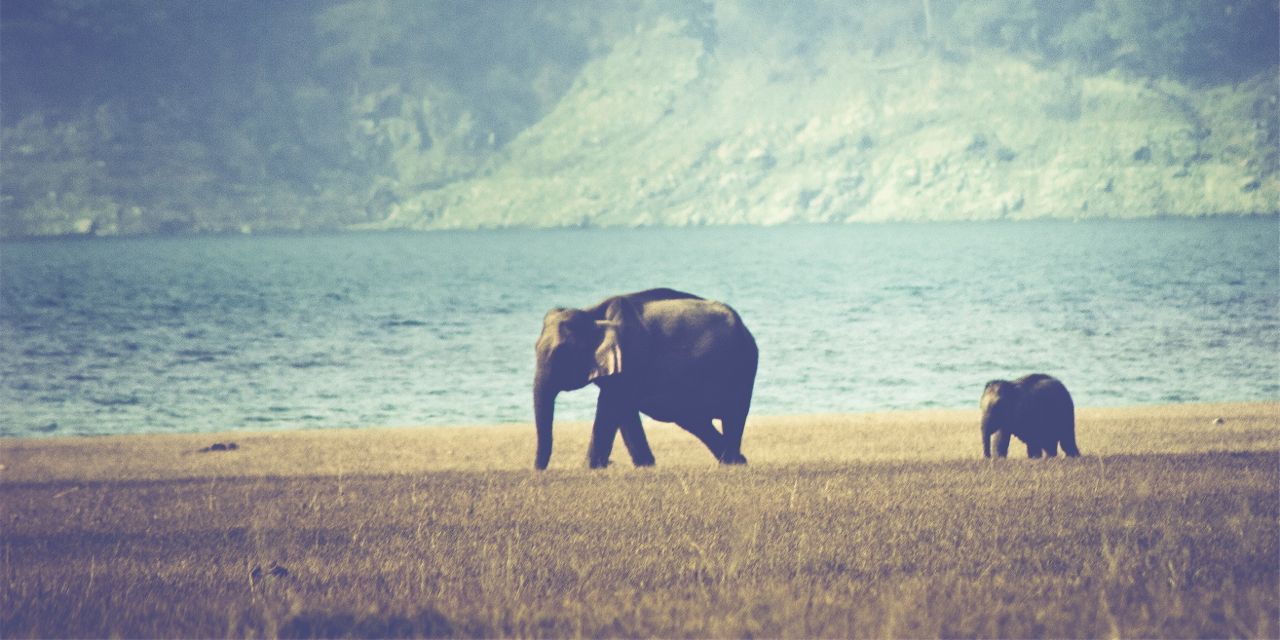 The Cheetah slept stretched out on a large branch on a leafless tree. The cool night air purified its mind. The nights in the savanna were clear and starry. The Cheetah could smell the air and tell how many and what kind of animals were in proximity. Just before done, it sensed a flock of elephants passing bellow the hills.

When it woke up and climbed down from the tree the elephants were still not far. The Cheetah was not hungry. It had hunted and killed a gazelle only four days ago. Three was something about the elephants that attracted it.

The Cheetah lived alone most of its life. It learned how to hunt very quickly and food supply was never a problem. When it was not hunting it was bored so it had to find ways to fill in the down time. Most cheetah lay lazily in the grass and looked for mates in the mating season. But those natural activities were not to its taste.

The Cheetah was hungry for change at all times. It craved to be at constant balance with the savanna. It craved to be perfectly fine without depending on mating season, hunting, day or night, or its own age. It hunted on regular basis to stay lean and sharp minded. It soon realized that regularity or routine and habit if crafted well bring balance.

Physical strength alone was not enough. The Cheetah was naturally strong minded and a brutal killer. But it wanted to refine its ways. It travelled in wide circles expanding its horizon. One early morning when it hadn’t eaten in a month it was stalking a pack of gibbons. Most of the monkeys saw it coming and vanished in the trees. One, however, stayed on the ground not moving. The monkey was in the models of the open field unprotected, standing perfectly still on its head with its eyes closed.

The Cheetah charged for it and leaped elegantly fast like the wind. The monkey didn’t open its eyes but instead in spun on its head with pace of the coming Cheetah and the wild cat landed on its head beyond it. It tried several times but the monkey evaded its every blow. Since that day the Cheetah never underestimated another animal and started practicing head standing.

At first it could not keep balance even with the support of its front legs. Its head hurt for days but it kept trying. After months of practice it could keep balance for a few seconds. Standing on its head for a day was nearly unimaginable. But if the monkey could do it the Cheetah could do it. It noticed that its mind was clearer and when it hinted it was more focused and clairvoyant, it could predict the pray’s maneuvers.

That encouraged it to practice and reach its current level. Now it could read the pray’s mind. It could make itself invisible in the savanna. It could hunt only using its mind. Every tree, every grass spoke to it, every dust particle in the savanna was its friend and talked to the Cheetah, reporting on the everything that happened around it. The earth’s vibrations made it aware of herds migrations and activities.

That is how the Cheetah felt the passing elephant herd even in its sleep. In the brisk dry morning it landed softly on the ground from its night branch and started walking unrushed in the direction of the epicenter of vibrations.

Soon after noon the Cheetah caught up with the herd. The elephants were moving sluggishly along the edge of a tree grove munching on greenery on every step. The Cheetah leaped on the back of a baby elephant and from there sprung further up to the back of the elephant father. The herd hardly noticed it until it was on top the the largest of them all.

The wild cat crossed effortlessly to the neck of the Elephant and whispered in its ear. The Elephant stopped made a high pitched soothing sound. The herd relaxed and continued walking and pulling leafs out of the grove.

The Cheetah located the flattest and steadiest part of the Elephants back and with one elegant leap stood on its head. At first it could keep balance for little more than a second. A few times it fell all the way to the ground. But it always recovered, centered its thoughts and climbed back.

On it’s last day while standing for on its head for two days without moving, it sensed a large herd of giraffes. The Cheetah whispered something in the Elephant’s ear and walked away unrushed.