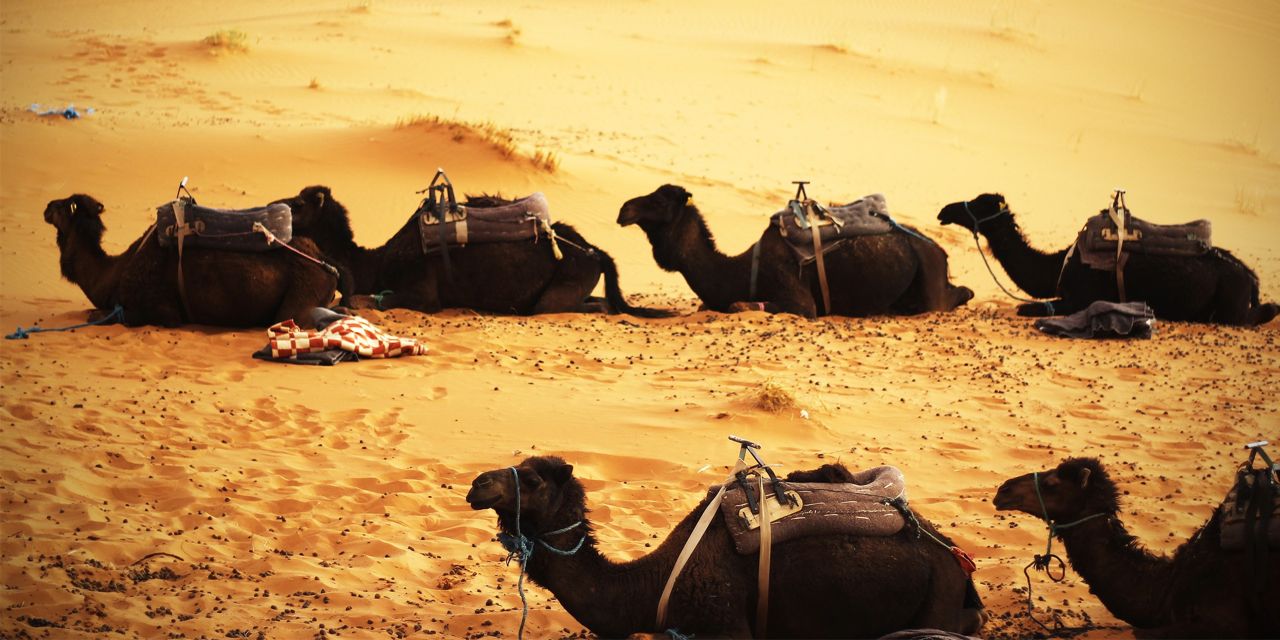 The Queen Moth crawled up the crack in the rock into the light and flew up in the hot desert air. It circled the large rock that was its kingdom and the home of the colony it had started. That was not an oasis it thought but it was the best it could do. It had dreamt of green palms and water fountains but it had settles for a dry hollow rock surrounded by sand and sticks of death bushes.

It had traveled far in the desert once it broke off from its home colony, it had seen camels and giants, lizard and snakes, fennecs and mice. It had evaded death several times and ate many unfitting males before it decided to settle in the hole in the ground and compromise on its grand designs. It had subdued a group if wondering males and started the colony.

It was good at first and the population had grown at a steady pace. But the limitations of the dry desert soon slowed it down. Birth rate had to be tamed because there was not enough ants and crickets to feed everyone. Captains had to travel far sometimes and risk their lives against scorpions in order to feed the colony. And mice seemed to be plentiful and often wondered into the holes and ate whole generations of moths.

After all the struggles the Queen had grown immune to the ups and downs. It had grown proud of what it had achieved, starting and building the largest colony many boulders over. At times like this after a threat to the colony had been dealt with and the damages tallied it thought back and reflected sadly on things it could have done different and where it would be if it did.

It couldn’t share these thoughts with anyone in the colony even its closest Captains. It could only share it with the sand dunes. It flew over the dunes as far as it could without thinking of preserving energy for the trip back. The sun was burning at its wings and the Queen enjoyed the sweet pain. It passed the furthest dune it had been to before and kept going until its wings gave up.

The Moth landed on the edge of the dune, dug out a hole and piled the sand on the side of it. The Queen sat in the shade and gazed at the calming dunes. Time had the habit of stopping in the deep desert. There was no life, no danger, no worries. Only timeless sand telling stories of patience, persistence and never ending endurance. The dunes were wise and had seen the rise demise of many moths. They were slowly inching south aided by the winds, never in the hurry but always progressing.

And the Queen knew that if you could get the wind to help you, you could fly far.

Muted thunders started vibrating across the sand and a cool thick shadow came over the resting Moth. The Queen flew up in sheer panic and hovered over the train of camels. It was the second time it had seen the large beasts and admired there calm walk across the dunes. As it hovered above a giant took his head shawl off and caught the Queen in it.

‘It’s a queen moth,’ he said to the giant riding behind him.

‘Queens come out here this time of the year to shed their old wings,’ said the other.

‘No, save it in the jar,’ he tossed him a glass jar with tiny holes in the lid. ‘Queen moths are believed to have medicinal powers. To cure impotence for one.’

‘Do you believe that?’

‘No but many many people do and there is shaman in the oasis that will give you one gold piece for it.’

The giant held the Queen and dropped it in the jar, tied a string to its neck and let it dangle on the side of the camel.

The Queen moth was not sure what happened. When it came to its senses, it was constrained by an invisible wall and could not fly away. It was close to the camel’s bottom and could see its belly and four legs as the beast walked along he dunes.

The Queen was excited about this new perspective and enjoyed the long journey across the desert. The jar grew very hot during the day but it cooled off at night when the camels stopped to rest and stars came out. They would only rest for a few hours and travel most of the night when it’s cool. And then they rested at the hight of  the day to avoid the great sun.

One evening a giant let a few ants in jar and the Queen killed them and ate them. The Moth recovered some of its strength and with it its enthusiasm and optimism.

The next day the expedition arrived at the oasis. It was a large palm grove with a fountain in the middle and a pond around it where he camels drunk their fill. Many tents and make shift camps doted its surroundings. A few fires were burning where the giants were making coffee and bread.

The camels were unloaded, watered and put to rest. The giants lit a fire and made coffee. One of them went about the oasis and came back with the shaman. They went to his camel and unstrapped the Moth jar from its string. The Queen felt the new motion and change of perspective and gathered all its strength thinking it was the decisive moment.

The shaman took the jar and looked at the Queen in great detail though the jar.

He opened the jar and removed the lit. The Queen shot out like a young cricket and landed on the ground. The shaman plunged to his knees and dived to catch it but before he could the Camel bended down and gulped it down its throat.

The Queen was not crushed instantly and wondered at the dark softness the swallowed it, thinking it was another test before it could reach the oasis.