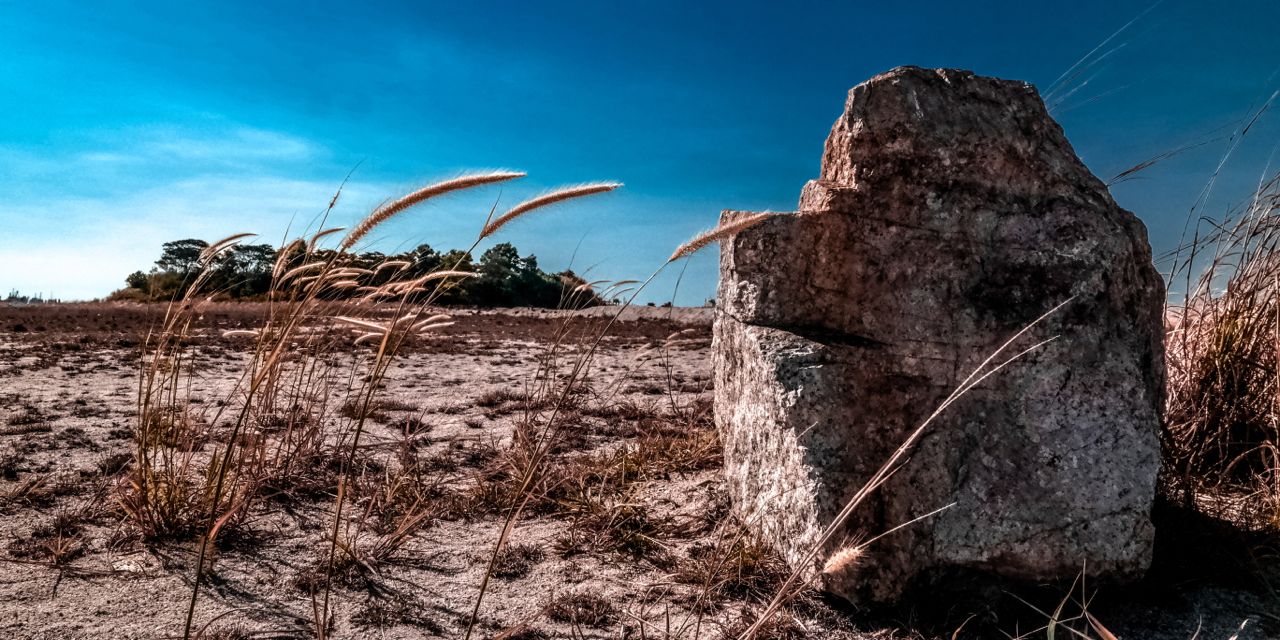 The Dingo had accidentally invented a way to always have food and to never be bothered by others of its kind. For years it traversed the outback and became fat and sluggish. One evening after eating seven rats it fell asleep under the kangaroo skin on a dumpster outside of a giant settlement. In the morning loud machines scooped it out and loaded it on lorries for relocation. By the time it woke up the Dingo was inside a tightly packed truck and soon on a ferry for incineration on an island south of the mainland.

When the ferry landed and the lorries unloaded their garbage the Dingo tumbled into the landfill and ran into the dry woods surrounding it. It was a land not much different from its home although a little wetter at places.

The dingo was no longer in its prime and life under the kangaroo skin has dulled its hunting instincts. It barely managed to kill a rat and was nearly swept away by a rat-like creature of tremendous force.

The Tasmanian Devil lived alone on diet of ran over rabbits and rats by the giant road. It rarely ventured to hunt because road-kill was plentiful and was once nearly ran over itself. It lacked skill but it was vicious and preferred to lie about its food source and about everything else. Lying had become its religion and it suited it well because it freed its mind from the bourdon of true. The frame and rules of the world meant thinking. On its tongue anything was possible.

When the Devil bit off the Dingo’s tail it didn’t run away. It stood on a safe distance, chewed it up and swallowed it in front of the white dog. It judged right that the Dingo was out of place and lost, low on energy and motivation, it could believe anything. And for Devil it was a victim that it could work to bring further down and eventually eat.

‘Your tail is delicious dog. You must come from a good family.’

‘It was covered in my shit that is why you like it, you shit-eater.’

‘Yes I have consumed my fair share of shit. We all have.’

‘You are giant rat, you would eat anything!’

‘You should too because I can see you ribs. And you sound like you have seen better times.’

‘Not before I eat your ears too.’

‘I will wipe your kind from this land.’

‘My kind owns this lands. There was another dog-like beast here generations ago. It ate us and we ate its cubs while it was hunting. And we won. It is extinct. Isn’t it wonderful. We are very organized bunch. We move in packs of thousands and can overrun even giants.’

‘All beasts know to stay away from giants. Only craziness would make you confront them.’

‘Crazy we are. When I was growing up I ate one of my sisters and a brother. They were delicious.’

‘Where are you thousand friends. Bring them and I will feast on them!’

‘Perhaps you can join us. We have been looking for someone tall to help us see further when we hunt. You are tall and experienced. We could take you in.’

‘Is that why you ate my tail?’

‘You attack me first.’

‘You rats grew tough in this forest.’

‘We are tough and just. We have a settlement not far. I live in a tall tree that I dug out myself. I have four wives and my kin is large. Come and I will show you.’

‘I cannot live with rats.’

‘We are not rats,’ said the Devil.

‘Some call us devils because we are not shy. We take what we need and are not afraid to bite for it.’

‘You don’t live in trees, you live in the mud.’

‘You are right we do not live in trees. We live better. Just last summer we combined all our numbers and invaded a house of a giant on the outskirts of a settlement. We chewed through the doors and windows. Bit the throats of the children and mates and ate them in not time. Everyone of us took a bite and only the bones were left. Now we occupy the house. I as a leader have the upper story. We drag road-kill in and pile it in the middle then we all eat. It’s dry and protected.’

‘What nonsense are you saying rat-devil!?’

‘The giants would not let near a house and even if you manage to enter they will kill the lot of you. And where are your thousand friends. I see only you.’

‘Yesterday we saw a dragon flying over the forest and organized ourselves to kill to the feast on its ancient meat. I had all my friends climb the tallest trees and cliffs and lay in wait. So when the dragon passes they jump on its back and chew its wings off. Once it is on the ground we will all finish the job and take a bite of the immortal.’

‘A dragon!? You have lost your beans rat-devil!’

‘Yes a dragon. Just like summer, we ambushed a wale on the north coast at low tide. The bulky fish was stuck in the shallows and we poured in the thousands. By the morning nothing was left but a skeleton. It is still there. We ate several gulls at that as well.’

‘So you eat giants, wales, dragons? Big game for a rat.’

‘A devil not a rat. And this is nothing. Once a tall giant was leading a group giant children in a column holding their hands two by two in a uniform dress singing songs. That was a feast of a lifetime. I gathered all the devils of this islands and had them wait in the bushes…’

‘A band of giant children, don’t you think that your tongue is speaking without touch with your brain,’ said the Dingo and felt its legs bending. It has not realized that from its tail wound most of its blood has drained. Before it could protest more to the Devil’s wild tales it collapsed on the ground fooled.

The Devil feasted on the dog as much as it could and continued on sniffing the ground and searching for more fools.

Stay tuned for next week’s installment of Animal Dilemmas – Tuesday, May 27th