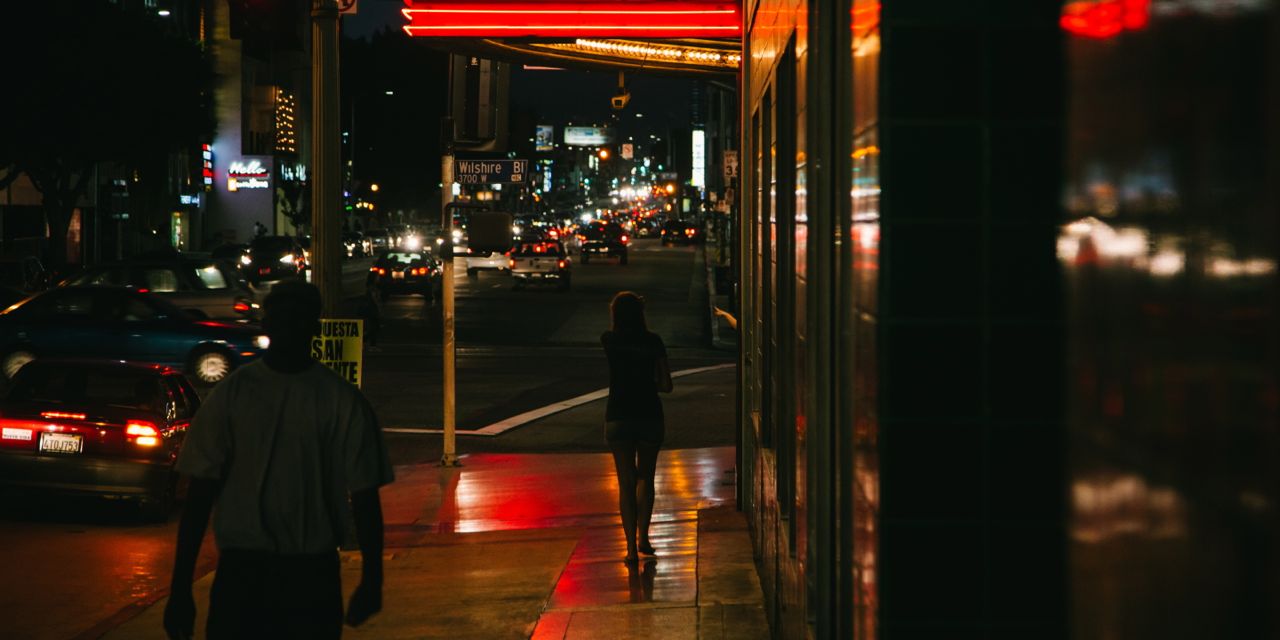 I pulled the needle over to the record. It scratched as it spun. Two greats in duet. It had a sweet swell of suspicion to the tone of the cornet. I made a gin fizz in the kitchen and then sat at my desk. Papers strewn about all over it.

I organized a bit and took a heavy sip from my drink. The cubes clinked against the highball and I sat it down on the pine table. My words were gone, the valve shut off. The hooch usually fixed whatever was gumming up my works.  Tonight it didn’t seem like that was gonna work. The pages piled high, all my stories had a beginning and not a one came to an end. I leaned back in the chair with the glass in my hand. “Operator, connect me to The Silver Trumpet please.”

“Hey Joanie, what’s going on with you?” I said into the receiver. “Nothing much Danny. It’s a slow night. Wanna come down for a drink?” “Sure gimme minute.” I slammed the phone on the hook and threw my shoes on. I ran a comb through my hair and straightened up my part a bit. I’d need more pomade soon, new razor blades too. I grabbed my hat, and coat, shut the door, and lit a cigarette in the stairwell on the way down. The signs from the clubs lit my face as I schlepped down the sidewalk. I kicked a stray rock out onto the cobblestone streets. The horses had quit for the night and the low lives had begun to stumble up from the darkness.

I popped into the bar, sat down in a stool at the end of the counter, and outed my cig in the tray. “Hey Joanie! How are you?”

“I’m doin fine, I guess. I’ve wiped the bar down more times than I can count.”

“How bout that drink hon?” I asked.

“Is it ever any different?”

She poured the gin over the ice in a steel Boston shaker. Lemon juice, syrup and a drop of bitters in the glass. Mixed with a big shake. Strained onto fresh ice; with soda.

“Jesus Joanie. When you gonna let me take you out?”

“When it seems right I suppose. You know how people are.” She was a beautiful girl. Deep dark brown skin, smooth sultry lips, legs a mile long, and curves that would make anyone turn red. She patted her tight short hair-do, and ignored me. Or so it seemed. She sang with the band whenever they played in the bar. Her tone was as smooth as Miss Holiday’s.

“Cigarette?” I asked, and tilted the pack in her direction. She reached out to take the lone cigarette that jumped to meet her finely manicured fingers. They contrasted the white paper of the cigarette. I struck the match and she leaned in cupping her hands around the flame. She took a deep drag and hung her hand out with her other on her deep curving hip. “So how’s the book thing going Danny?”

“Writing about the bastards that run around on these streets seems like it would be a breeze. All the nonsense that goes on at night? I can’t finish for some reason. I start writing the part about her, my fingers shut down, and my brain shuts off the spigot. Geez Joanie, I wish I could get over her.” She sat another round on my coaster and took away the stale ice. “She meant that much to you didn’t she?”

“Yeah, she made my world spin. Its been almost two years since she’s been gone y’know.” She leaned back on the counter and took another drag. I could tell she was getting ready to hear my spiel for the third or fourth time. She’d made my drinks for ages, she made em’ strong; it made me ramble, and sentimental. “She was my girl, Cindy was. She was the one, I swear. If California never called her name, I woulda married her.”

“She knew someone out there didn’t she? Some big shot?”

“Yeah, her brother in law. He’s a producer in Hollywood, said he could get her a job on movie lot doin’ make up or something. Told me a drunk writer couldnt give her much. I know she loved me. I could see it in her eyes when she pulled away from that last kiss.”

“You’re a sad fool honey. It’s that easy. You just gotta realize .“ She sat the next drink down.

I stared at the bowl of peanuts they set out, and got lost in them for a moment or two. “How’re you Joanie? Any good gigs lately?” She took the last puff. “Only two-bit clubs like this. The boys don’t have the money to hit the road. It seems like we’re all looking for a way out of this town. The nightlife’s dying.”

“Who’d make my drinks if you left?”

“Someone Danny boy. Might not put up with the babbling you do though. ‘Specially when its about other women.” A sly smile creeped out with that last bit.

I pulled my sleeve out of the way of my watch. ‘Bout 15 minutes till the joint closed. I pulled some bills out of my pocket, “I gotta head out Joanie. I gotta lie to my editors in the morning. The rest is for you.”

“Thanks Dan. Wanna walk me home? Im only a few blocks from here.”

I sat and smoked another cigarette or 3 while she shut down the bar. “Don’t forget your coat.” I handed it to her as she rushed out. She tied the khaki colored sash around her waist, linked her arm in mine and we strolled off into the night. We talked a little more; music, life, writers she liked; the little things. We turned a corner and a drunk man wobbled out of another place as we walked by. I heard him whisper something crude, that something was “nigger lover”. Joanie hung her head in embarrassment, and unhooked her arm. She began to walk like she was being followed, her heels clicking with each step. I swung around and yelled at the man. “You ignorant, uncultured ass!” He took off his jacket, as rolled up the cuffs on his wrinkled shirt, as his angry eyes met mine. He broke the stand off with a swing at me, and he miss stepped. I gave him a good push to the chest and he fell flat on his back. I heard him groan as I caught up to Joanie. “You lousy fucking Jew!” he yelled from the pavement; once he got his breath back in him. I took her arm in mine again and she laid her head on my shoulder. “You’re a stand up guy Daniel.” she whispered in a teary murmur.

I took her all the way up to the last step on the stoop of her apartment building. “I’d better get inside. Tracie’ll have a fit, worrying about where I am.”

“Go on in kid, I’ll see you soon.” I gave her a gentle peck on the cheek. “Thanks for lending me your ear.”

I got home and mixed a night cap. The dim loft set a soft background for the record that floated through the air. I pulled back the curtains and looked out at the street’s as they began to quiet down. I saw a woman walk down the way; peacoat, wide brim white hat, and a black leather clutch. It was Cindy. I knew it.

I sat back and began to write. I wrote out the prose of a gin lit fool.