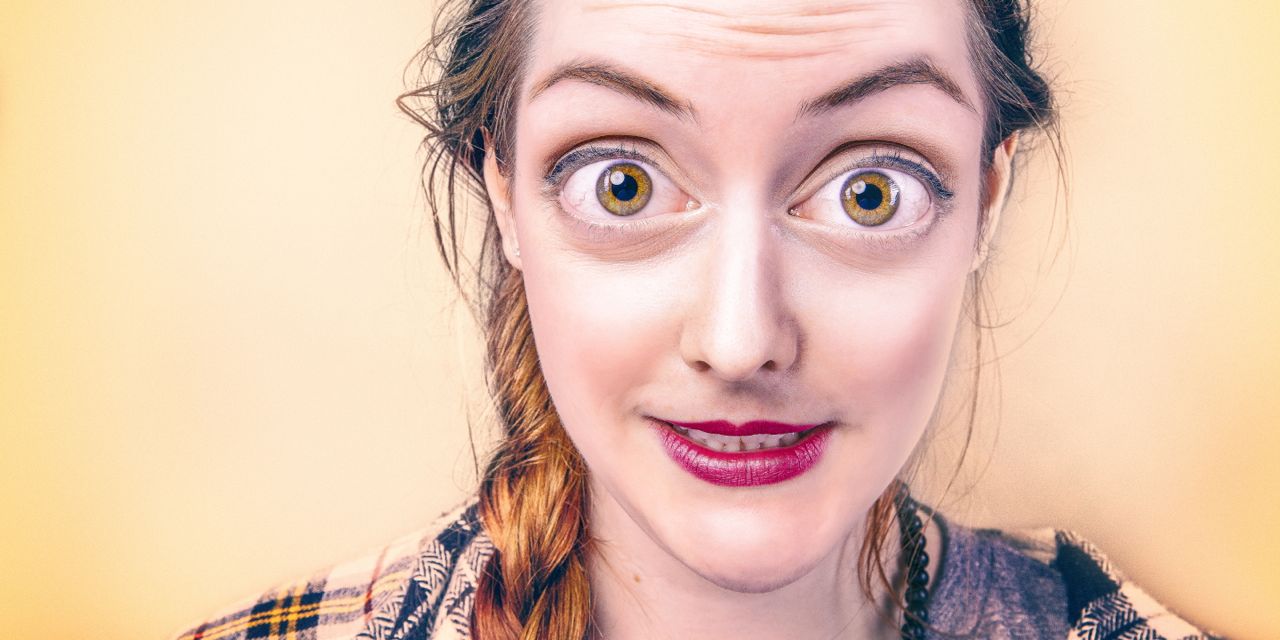 Brenda’s heart pounded in her chest and she could hear the pulse in her ears. Inhaling through her nose and exhaling through her mouth, which was set in a perfect O, she tried to hold back the feeling of sickness rising in her belly.

Nell pushed back the curtain and squeezed Brenda’s shoulder. ‘You OK, hun?’ The smile that broke her face open made Brenda flinch as she shrugged off her hand.

‘Sorry, I’m just so nervous.’ Brenda shook her hands from the wrists and observed as they limply flailed about, the joints nearly detaching with the force. ‘What’s the crowd like tonight?’

Nell peeked through the curtain, ‘About half full so far. Look, you’ll do great. Everyone’s been telling me how great your act is, so I can’t wait to see it.’

Brenda pulled her right hand, now unanimated down the length of her face and shimmied her shoulders trying to exercise her nerves. ‘I’ve only ever performed in front of friends and family. What if I die? What if I fucking die on my ass?’

Nell giggled and waved away Brenda’s words. ‘We all gotta die sometime, might as well do it in front of an audience.’ She walked away and yelled over her shoulder, ‘You’re on in five. Don’t fuck it up.’

Brenda ran to the bathroom and braced herself on the cistern of the toilet before flipping up the lid and breathing into the bowl. ‘Get your shit together, bitch. You can do this.’ She swallowed hard, stood back up, pulled open the door and made her way to the sink. She ran her wrists under cold water and stared deeply into her own eyes in the mirror in front of her. Through the door she could hear the muffled sounds of the audience clapping over and Nell’s voice. She opened the bathroom door just as Nell landed her first joke and the audience came alive in a chorus of laughter. The sound made the hairs on Brenda’s arms stand on end.

Brenda crept to the side of the stage just behind the curtain and watched as Nell expertly extracted laughs from the front row as masterfully as a surgeon removing an appendix. Beads of sweat began to form on her upper lip and she wiped them away just before Nell announced, ‘Ladies and gentlemen, hold on to your genitals for the new and never improved Brenda Fields!’

Everything went white, but Brenda felt her feet moving her towards the noise and before she had time to register the scenery change, she was center stage and there were hundreds of pairs of eyes on her.

The now silent crowd began to shift uncomfortably in their seats. Brenda’s pulse started to race and her guts began to churn again. She considered running back to the sanctuary of the bathroom. She licked her lips at the thought of the running water and realized how dreadfully dry her mouth was. Looking back out into the faces expectantly staring back at her she pushed those thoughts out of her head and focused on one man in the front row.

‘Excuse me sir, I’m feeling a little nauseous and I just want to make a deal now that if I have to be sick I’m going to aim it all at you.’ The audience erupted, whooping and hollering. ‘You look like you deserve it.’ A further tidal wave of laughter rolled onto the stage and nearly knocked Brenda over.