The Baker, The Butcher and The Brewer, Part Four – The Brewer 4 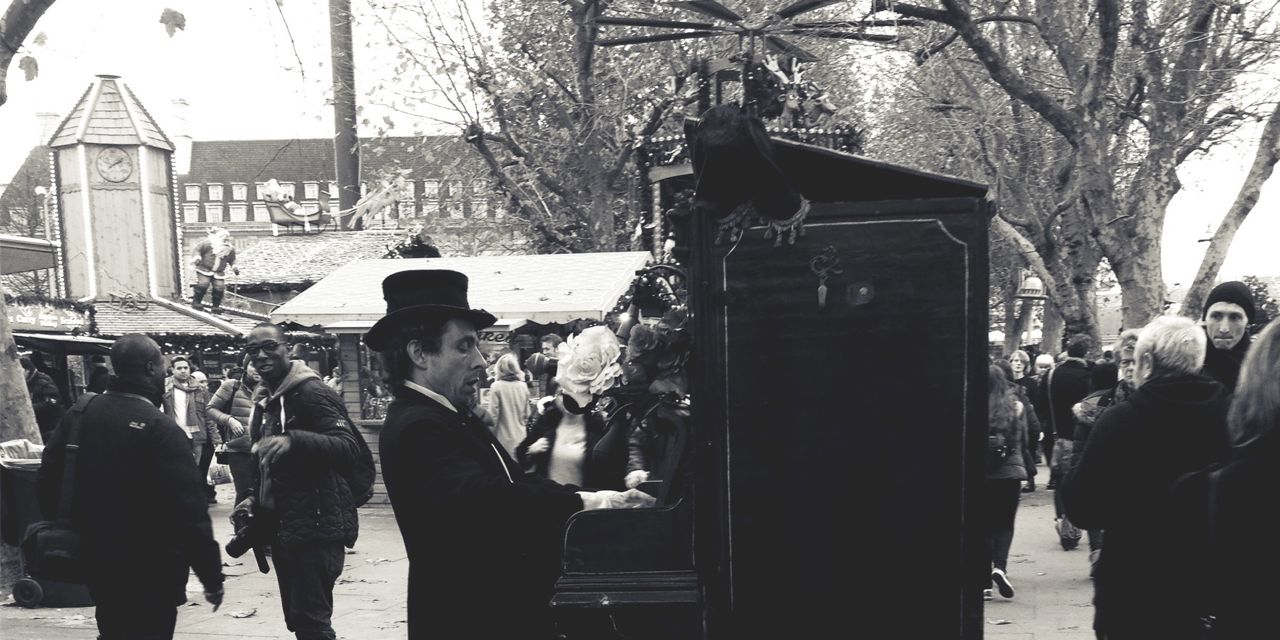 He walked home in the cold night. Colors, numbers, words did not matter. Addition, subtraction, multiplication, division, commas, full stops, exclamation and question marks, they balanced his life. Making firm choices where to place signs was the hardest thing for the Brewer. At times several unmade choices accumulated floating, vibrating like independent phone calls. An equation with multiple variables formed. This equation was not easy, it took a complex step-by-step methodology to solve it. But that was not the solution. The variables inside the Brewer’s head had nothing to do with each other. They were parts of separate equations. Easy mathematically. His indecisiveness was the hold up. It led to face a matrix of complexity and eventual crash. But! I would change that. The Brewer would no longer hesitate. He would make decisions with a firm, sharp, timely swing of the axe of a guillotine. Because life was too short to spend it in limbo between choices.

Wedged in society’s most anemic layer the Brewer was a slave to its dogmas. They were etched in his every breath. His mind sleeping buried in routine. But he didn’t have to oblige any longer. His highly able neurons needed just a little bit of a push.

He had the worse start. His universe was yellow. The yellow universes come from no means, no education and rarely balloon out of their layer. Their contractions are small and uneventful. He was going to become a precedent (with my help. Whereas the Baker had a blue universe. Coming from means and high tutoring his type of universe had no limits of expansion. Blue universes govern the world. The Butcher had a red universe. Reds are incepted in the bureaucratic circles of power and grow slow but can reach the size of blues under the right conditions. They grow thinner than blues because they require constant work and well oiled interactions with the ruling blue universes.)
The Brewer had to sell everything. All unnecessary objects he had accumulated to blind him from being. He needed a flea market mentor.

(I have encountered the world’s most eloquent talkers and liars in my shelf years so we had all the tools already inside his head.)

He possessed an infinite amount of clothes, electronics, furniture, ornamentals and so on. Objects we can label stuff.

All his stuff needed to be listed and categorized. Then piled in storage fashion in of the two rooms he occupied. The other room would serve as living space with only the bed, a book shelf (with books) a chair and a desk. Plus. Two luggage (one large, one medium) worth of needy clothes.

Next step was research. He had to find the directory of all flea markets and choose the best fits for his lot of goods. Then buy a van to be used to transport the staff back and forth.

By getting rid of the extra weight in his life his purification process had began. Largely aided by the distraction of manning a flea market table.

Flea markets attracted a strange lot of folk. Both sellers and buyers alike. Animals as well.
For on his first day a black squirrel climbed his table. He had never seen one before. She seemed fearless and more curious that its lighter cousins. They almost had a chat (like with the telephone).

They settled for a stare.

The neighboring table was manned by an ex-anarchist turned hippie old man with a short beard and long white hair. He was wearing a knitted sweater, orange pants, Pink Socks and flip-flops. Judging solely by his appearance he had reached rock bottom. But! Liked it there.

‘I am in training for becoming a sociopath.’ He was in the process of explaining to the Brewer the ropes. ‘It’s simple but dinosaur hard. It’s mental! You have to inflict a tremendous trauma or shock on yourself. Mentally preferably that is! Physical (works) turns mental, tailor it yourself. When you do that. If your nervous infrastructure handles the prolonged thread of pain you are half way there. The pain becomes a constant companion in your life. Like a song that keeps playing in your head. So you don’t feel any other external pain. So you can do whatever you want. Then you test it. If it doesn’t work repeat the above until it does…’

His passionate line of thought was interrupted by extreme circumstances.

He was referring to an elegantly dressed slender lady in a well-fitted black overcoat with red gloves.

She was gravitating toward the Brewer’s table.

She reached it and smiled. Took a few moments to browse through the items.

She was holding a small ledger and wrote in it with a pencil. Then showed it to the Brewer.

‘Choice is impossible.’ It read.

Stay tuned for next week’s installment of The Baker, The Butcher and The Brewer – Tuesday, February 9.

previous chapter: The Baker, The Butcher and The Brewer – The Brewer 3