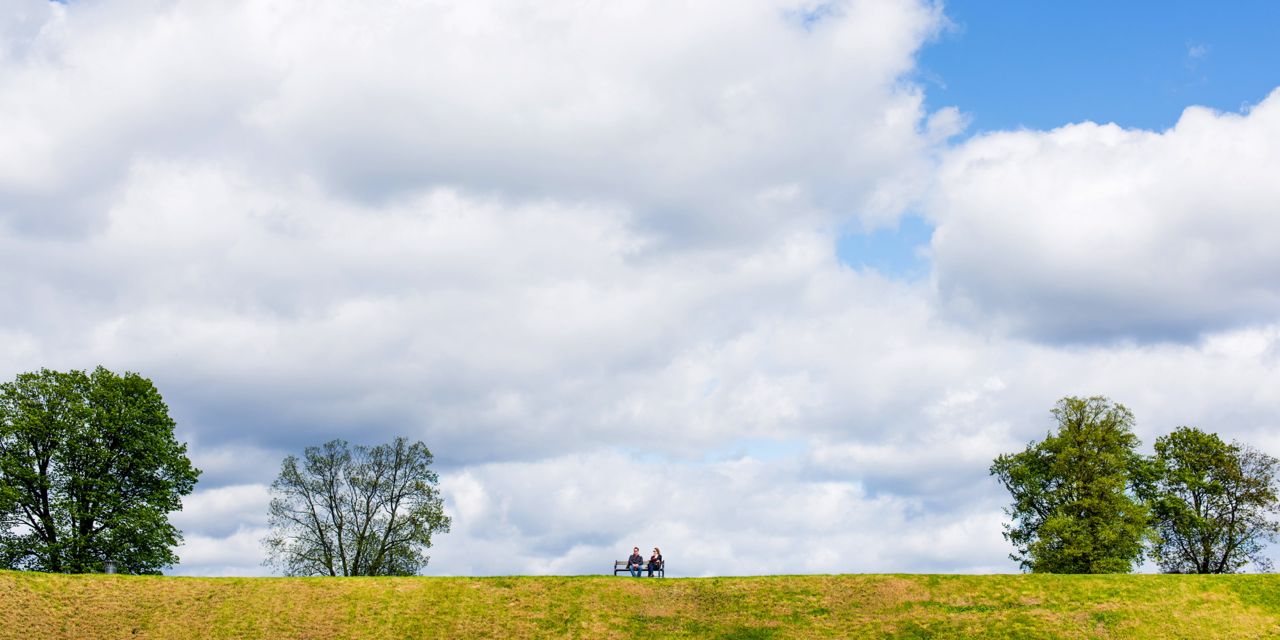 The next day I got up early and went for a run. This was new for me; Cori was the runner. Sleek and stunning, she wore athletic gear the way others wore evening gowns. Her hair in a glossy ponytail, she’d cross the park in a blur, turning heads the whole way.

She’d often asked me to go with her, and one or two times I’d straggled behind, sweaty and panting. But today, I decided to try to go where she went. Maybe it would help me understand why she did what she did.

I wrestled my way into yoga pants, then took off down the block. The park wasn’t far, but by the time I reached the trees at the perimeter, I was already wanting to turn back.

I slowed to a jog and surveyed the path: Ducks lined the pond at the foot of the sloping lawn; children played tag between the picnic tables, where mothers drank lattes and absently pushed strollers holding dozing toddlers to and fro while they chatted.

All in all, it was an idyllic scene. It all felt very heart-warming. Suddenly, a blue filter washed over my eyes, and I heard a soft voice: “See what I saw.”

I turned towards the pond. It was murky, with empty cans and plastic wrappers collecting at the edges. The ducks looked sickly and dirty; one was pathetically trying to free his leg from a discarded Doritos bag, while the others fled from him.

As if in a dream, my gaze slowly left the pond and came to rest on the women at the picnic table. They spoke in hushed voices, glancing in my direction from time to time, rolling their eyes and shaking their heads. An infant’s cry emanated plaintively from one of the carriages; it was quickly silenced by a sharp rebuke from his mother, who lowered her face to his tiny blue blanket and hissed an indiscernible threat to the wretched baby.

Again my head turned; the children had tired of their game of tag, and were now directing their attention to a wounded squirrel at the foot of one of the giant oaks in the park. Poking the suffering animal with a stick, one of the boys laughed malevolently as the creature tried to drag himself away. Another boy interceded, shielding the squirrel with his body. The others grew furious; the Poker began shoving the soft-hearted child and hitting him in the face.

“Hey!” I heard myself shout. “Leave him alone.”

At the sound of my voice, both mothers’ heads spun around.

“Excuse me?” the Baby-Threatener spat. “Who are you? Don’t tell my son what to do!”

She stood up and stalked towards me until we were nose to nose.

“Your son is bullying that boy over there, and you didn’t seem to notice. I was intervening before someone got hurt.”

She whipped her head around to the now-silent knot of boys.

“Byron, is Otis “bullying” you?,” she asked with great sarcasm and exaggerated air quotes.

Otis looked at the woman, then at his tormentor. With sad resignation, he replied, “No…we’re just playing.”

The Baby-Threatener whipped back around. “And there you have it. These boys have been friends since they were born. We all know each other, unlike you, whom I have never met, but who seems to feel comfortable inserting herself into situations in which she has no business.”

I shook my head in disbelief. Instantly, the filter dissolved and the park transformed back into the warm, sunny atmosphere I’d first encountered. The women were still chatting gaily at the table, in fact, the former “Baby-Threatener” looked up and gave me a cheery “Good morning!” The ducks were paddling around the pond, which was astoundingly clear, and the children laughed musically at their play. I backed away, in slow, confused steps, until I was at the park entrance, then I turned and raced back to the apartment.

Running with all of my strength, I reached the building in minutes. Heart pounding, I topped the landing and clumsily shoved the key in the door. I practically fell into the foyer, where I collapsed on the floor, gulping air and wiping the sweat from my face.

What had I seen?

What had Cori seen?

Was my straight-line perspective a mindless facade, or was her haunted vision the mad reality that drove her to escape?

Suddenly spent, I curled up on the floor and mercifully fell into blackness.

part one: Cups with Coriander: Sip One