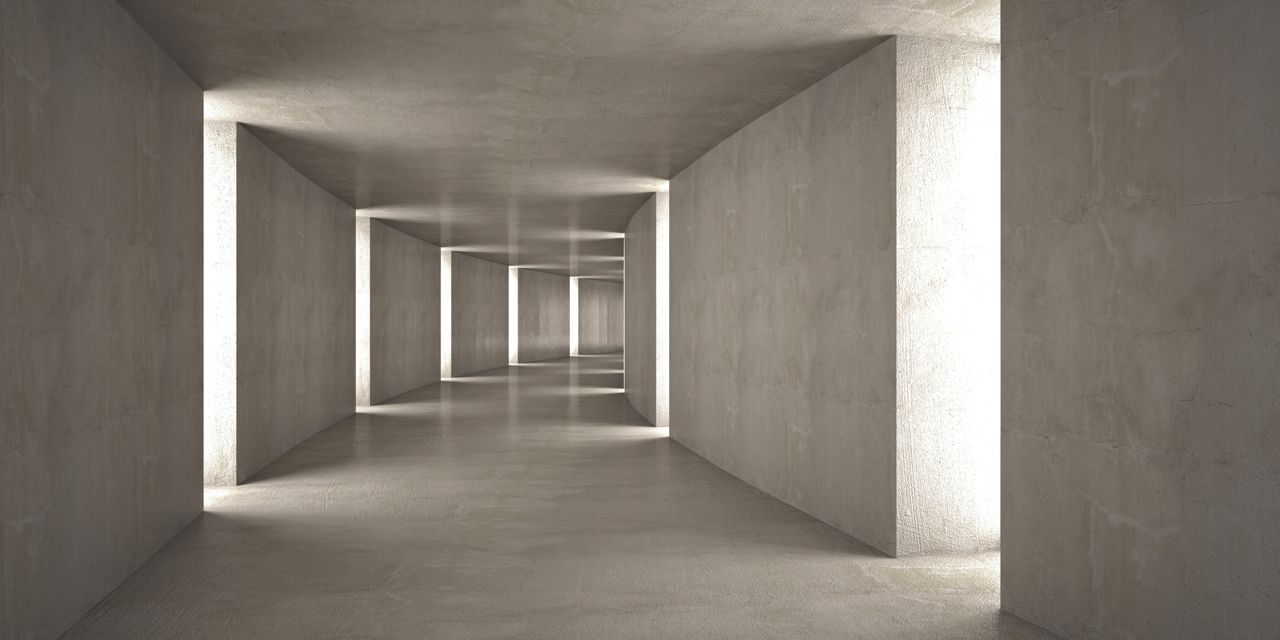 The tiny padded cell was devoid of any furniture except an elongated mirror that consumed one of the walls and a bright lime green button beside the door. In the centre of the room a stunning woman sat silently on the floor, her legs neatly crossed— careful to ensure that the sunset fade pixie dress she wore didn’t reveal more than it needed.

Her name was Evelyn Everette—well actually it was Evelyn Labowski, she had been wed no less than twenty-four hours and was now confined to a tiny airport interrogation room without any obvious rhyme or reason. After four agonizing hours she had finally calmed down just enough to feel the claustrophobia grip her now fragile mind. Tiny beads of sweat raced down her neck line, as her throat felt irritated and scratchy from the many useless hours of screaming for her beloved husband David.

“What do you want from me?” She asked wiping strains of blond hair from her eyes and staring up into the mirror, “I really need to use the washroom.”

Motionless and lurking inches from the other side of her reflection stood a tall old man carefully studying her with a calculated scowl. His white cauliflower hair and farrowed brow appeared like permanent fixtures glued to the man’s broad shoulders. The setting behind him was very similar in fashion to hers, except for a small metallic desk and chair rising from the cold concrete floor and the faint odour of pine oil. Officer Mahoney was the man’s official title.

Officer Mahoney tapped his finger to the mirror, queuing a speaker within Evelyn’s cell.“Miss Everette, you seem to have finally regained control,” he announced with a heavy tone.

Her eyes widened to the size of dinner plates, it had been the only voice she had heard in hours and tears once again began to well up and stream down her face. “Please let me go!” she appealed— “What have you done with David? What have you done with my husband?” She requested, lowering her head back down, barely comprehending that all this was really happening to her. This isn’t right she thought, they can’t do this to me, snapping her head back up to her reflection. “IT’S MY HONEYMOON!” She blasted. “YOU CAN’T DO THIS TO ME!”

“Sorry I’m late sir, I had to use the washroom.” A short stout looking man apologetically replied. His pale blue moon uniform was wrinkled and sloppy, and his bushy black eyebrows looked like two furry cat tails had parked themselves over his eyes.

“Jesus cadet, you’re slower than whale shit through an ice flow,” raged Officer Mahoney. “Hurry up and take a seat in the desk. Please, tell me you’ve sharpened your goddamn pencil this time cadet.”

“Yes, sir!” Barked the cadet with a half kinked smile, pulling the chair out. Officer Richards was indeed a new cadet to the force. His first interrogation was cut short and he had failed it miserably. It’s been said, that he grilled the suspect with far too many unnecessary questions and on his final attempt was ordered to just sit there and document it silently.

“Hurry up, get things in order cadet and I hope you have a lot of paper there, because this woman could talk a raccoon off a garbage truck.”

Officer Richards quickly got settled in place and glanced up towards Evelyn pacing the cell. “She’s pretty cute sir, what did she do?” he asked.

“Just you never mind that cadet and be sure to document everything she says.”

Officer Mahoney tapped his finger to the mirror again. “Miss Everette, do you understand why we have detained you today?”

Evelyn stopped pacing and gazed into her now shattered reflection within the mirror. This can’t be real she thought, all this must be some terrible nightmare. “I have no idea,” she mumbled hopelessly, half lost in the glare of her own eyes.

“First off, the name on your passport doesn’t seem to match up with all your other identification Miss Everette,” he taunted.

“I was married just yesterday and I assumed I could get my passport in my married name for our honeymoon,” she replied. “Ask my husband David and you’ll see.”

“We have also detained your apparent husband, David Labowski. All his documentation seems to line up just fine. We’ve already sent him on his way,” he revealed.

“Sent him on his way? Where?” She madly questioned dropping to the floor in exhaustion. “What is going on?” She whined. “This isn’t because of a simple name change—what is really going on here? I wanta speak to a lawyer!”

“Miss Everette, you lost your right to an attorney when you were brought to our attention by our computer system. You are now deemed as an individual of concern and all your rights as a citizen are now invalid,” grunted Officer Mahoney.

“Ah…excuse me sir— sorry to cut in here, b…but what is an individual of concern again?” Officer Richards asked raising his hand half cocked to the ceiling.

“Jesus Christ, rookie!” Officer Mahoney scoffed. “Shut the hell up and keep scribbling down everything she says.”

“How am I an individual of concern?” She contested. “I’ve never done anything wrong, please this is just an awful mix up! I want see David.”

“Sir—could the computer possibly have made a mistake?”

Officer Mahoney cranked his torso around and locked eyes with him. “Computers never make mistakes cadet! People do! Now, just shut the fuck up and keep writing!” He sneered.

“Miss Everette… your suitcase contained some rather… intriguing items. Such artistry and self made literature is said to provide a good window into the soul, our systems have picked up something that it feels we need to… further investigate. Can you please explain the following items that will appear within the mirror?”

“It’s Labowski you asshole,” she snarled through her teeth.

“These are some very serious offences— Miss Everette,” his eyes narrowed deep into the mirror and his lips creased into a crescent moon.

Officer Mahoney turned to face the cadet as if to scorn him, then turned back to face Evelyn. “Are these pieces of art work yours Miss Everette?” He asked.

A beautiful drawing of a peacock tail displayed across the mirror. It was certainly hers, the picture triggered a vivid memory of the moment she drew it. It was her wedding night and David lay peacefully sleeping in the dimly lit hotel room. As quickly as the peacock tail appeared, it dissolved and was replaced with a short poem.

“A life of laughs, a life of kindness
All consumed by numbing blindness
Surely money thats their need
For all the lives they slash and bleed
And all the ones that could be freed
Watch the pigs, watch them feed
They feast upon with all their greed
The world to them is meant to plead”

She had never seen that poem before in her life. “That poem isn’t mine,” she protested wildly into the mirror.

“Sure Miss, and the moon causes ocean waves—right,” Officer Mahoney chuckled back.

“Sir—what if she really didn’t write that?” Officer Richards blurted, his voice held a reassuring tone.

“Will you shut up cadet, I can still hear you mumbling your jargon from here!”

“Listen…I don’t think the poem is Mrs Labowski’s!” He snapped.

“You seriously want to fail this interrogation don’t you?” He said still eyeing Evelyn clawing at the glass. “You know the computer is never wrong, or makes a FUCKEN mistake!” He explained from over his shoulder. “Now, If the computer tells us she’s an individual of concern, then that is what she is— a goddamn individual of concern! Is that clear enough for you cadet?”

“Please,” whined Evelyn. “That poem is not mine, I didn’t write that! Please, I have to seriously use the washroom! Can I use the washroom please?” She pleaded, desperately pounding her fists on the mirror and then the door. “Please… open the door—please!”

Instantly, it appeared like something clicked within Officer Richards mind. His eyes lit up as if a firework had just exploded inside his brain. “Funny thing is—sir! I recall seeing a very similar poem inscribed into the stall door of the bathroom before this fucken test even began,” he commanded springing to his feet in revolt. “That poems not hers, you know it and I know it,” he affirmed, “and sir computers may not make mistakes, but programmers do!”

“You stand the fuck down cadet,” he ordered pointing his finger towards him.

“No sir,” he proclaimed, “I will not have any part of this, I QUIT!” He hollered, turning towards the door and catching his foot on the chair, stumbling into a bright lime green button on the wall beside it.

From over his shoulder a strange and mysterious hissing sound came from inside the interrogation room, the tiny space began to fill up with a pale greenish gas. Evelyn’s big brown eyes stretched wide open and her once sun kissed skin began to blister and split grotesquely, as if she was an over cooked sausage on the grill. Her face then suddenly began to contort into horrific positions and she lunged at the mirror screaming in bloody anguish. Tragically, Evelyn Labowski flopped onto that cold concrete floor in a pool of blood, still clawing and kicking at the mirror in violent convulsions. Then the room was silent and eerily still.

“FAIL!” Officer Mahoney roared, as he turned to face his cadet with a smile. “Sorry kid, thats an automatic fail. You done gone fucked that up! I mean, we were going have to do it anyway, but you didn’t even let me read her final rights,” he chuckled, sauntering past Officer Richards and swinging open the door. “I’ll let you two say your goodbyes, if you need me I’ll be in the other room. Oh… and good luck on the other side of the mirror kid,” he scorned closing the door behind him.

Officer Richards stood hunched over the desk and in a state of shock. He watched in a daze as two men gingerly entered Evelyn’s cell and proceeded to mop up her gruesome remains. When they were finished he was drawn closer to the mirror by a faint glimmer of light where Officer Mahoney once stood. He bent down to examine it, “We’re all being taught to be the same” was etched into the mirrors steel frame. Then something caught his eye on the glass, it looked like a droplet of blood. He dabbed at it and rubbed it in-between his fingers. Suddenly, the mirror shifted from a transparent window to his very own reflection.

“Mr Richards!” A familiar voice thundered from beyond. “It seems our computer system has deemed you as an individual of concern.”