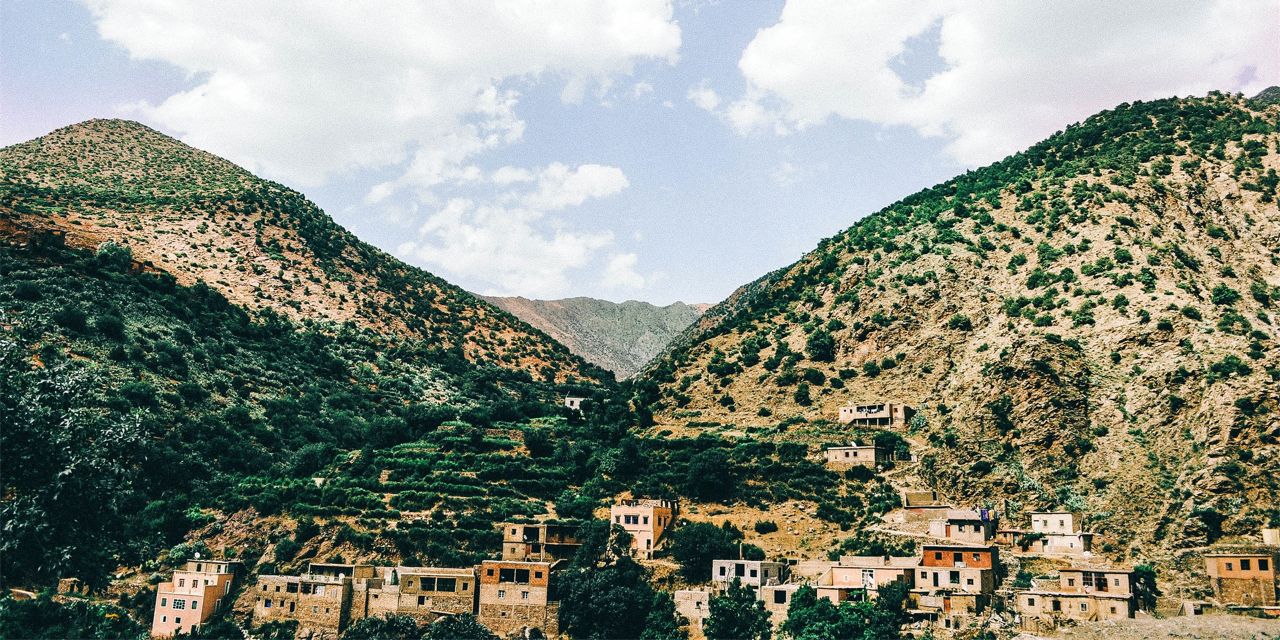 The school bell rang and Shani was the first out of the door. A carefree and clumsy girl, she careened over the startlingly green hills with her arms outstretched like an airplane. The wind that blew fiercely against her face caught in her hijab and deafened her briefly. In those moments she could see her brother’s mouth moving, calling her name and smiling, but the only sound was the rush of the wind, trapped between her ears and the thick black fabric that cradled her face on either side. She gargled the laughter that erupted from her mouth like a geyser and called out to Jawaad between breaths as he continued to chase her.

The two siblings approached their little house at the bottom of the hill and walked through the door hand in hand, still catching their breath. Shani felt Jawaad’s grip tighten as they discovered their mother hunched over the kitchen table like a broken doll, sobs rippling through her body. Shani placed a hand softly on her mother’s shoulder, ‘Mama?’

Her mother lurched backwards, gasped and looked at her children without recognition. This was not their mother, Shani thought; this was some kind of trick. ‘Babies,’ she spat as she wiped violently at her face, leaving red marks on cheeks. She leaned against the table and bore down as she did many years ago giving birth to Shani. This, she thought to herself, was far more painful and she longed for that birth again. She looked at the ceiling and then into the startled faces of her children and spoke in an unfamiliar tone, ‘Your father is dead.’

The wind was in Shani’s hijab again and desperate to get free. She could see her mother’s mouth moving, but the only sound was the whirring of the wind as it blew mercilessly through her skull, ripping the fabric that cradled her face to pieces. Shani fought the weather that disguised her mother’s words by shaking her head from side to side so quickly that she felt dizzy. She suddenly became aware of Jawaad, crushing her plump little fingers into dust and she screamed, at first from the pain, but then just for something else to do.

Shani’s father was well-respected in their village. He was a liberal and head of one of the few families who believed girls like Shani should go to school. ‘An educated woman is no threat to society,’ he used to tell her as she perched on his knee, ‘it’s the ignorant woman we should fear, for what can she teach her children?’ Shani used to gobble up his words as greedily as if they were candy, and she loved thinking of herself as an educated woman despite her young age. Shani also knew her own mother was one of these ignorant women her father spoke of, having never been to school herself. But Shani’s mother had proved she wanted differently for her daughter.

The first time Shani saw the strange man was at her father’s funeral. She felt eyes on her the way you always can, and turned to find the source of her discomfort. Even through her tears she could see a man staring right through her. He did not look away when her eyes met his. She knew this game well and was often the victor against Jawaad, but she was no match for this new opponent. She pulled at her mother’s sleeve until she bent down, ‘What is it Shani?’

‘Who is that mama?’ She whispered and motioned towards the man with her sore, puffy eyes.

Shani’s mother grabbed her shoulders too tightly and turned her around, ‘Never mind who that is. Listen to the Imam.’

That whole day was a blur. So many people kissed her, touched her, apologized to her, and it all felt insincere and awful. What did they know of her father? They didn’t know how he would bring her home a mango from the market each night. They didn’t know that he danced with her mother in the living room on Sundays; how he held her and spun her until the carpets bunched under their steps, Shani and Jawaad clapping and cheering, intoxicated on their parent’s love. Her father was a mighty hero and it seemed the greatest sin to Shani was that he was dead and she didn’t know why.

Two days later, after seeing Jawaad to football practice, Shani came home alone. An unfamiliar car in the driveway made the little hairs on the back of her neck stand up for no reason she could identify. She opened the door with trepidation and there was the strange man again, but this time he was sitting in her father’s chair and speaking with her mother. The bottom of her stomach dropped out as she watched an uneasy smile play tug-of-war with the corners of her mother’s mouth. ‘Come in, Shani. We have company.’

Shani slunk through the door and walked sideways to her mother, never taking her eyes off the man.

The man’s face cracked like an egg into an uneven grin, ‘Hello there Shani. My name’s Kabir.’

Shani’s mother poked her and pointed at the man, ‘Don’t be rude, Shani, say hello.’

Shani stepped forward and sharply extended her hand, ‘Hello.’ But before she knew what was happening, Kabir had grabbed her hand and pulled her into him.

‘She shakes hands like a man?’ He looked at Shani’s mother with ice in his eyes. ‘We’ll soon break her of that habit.’ He reached for Shani’s face and squeezed her cheeks hard against her teeth.

Kabir released his grip and Shani stumbled backwards into the arms of her mother. Kabir looked at them both in mock confusion. ‘I don’t think you quite understand the terms of our agreement.’ He stood up with some difficulty, ‘She’s mine now, so whether I hurt her or not is none of your concern.’ Kabir’s broken smile reappeared as he closed one hand around Shani’s tiny upper arm and squeezed.

Shani pleaded with her eyes for her mother to stop him again. Surely there had been some kind of a mistake. What agreement were they talking about?

Shani’s mother held her breath and nodded firmly at Kabir before she turned her back on her daughter, steadied herself on a chair and walked slowly out of the room.