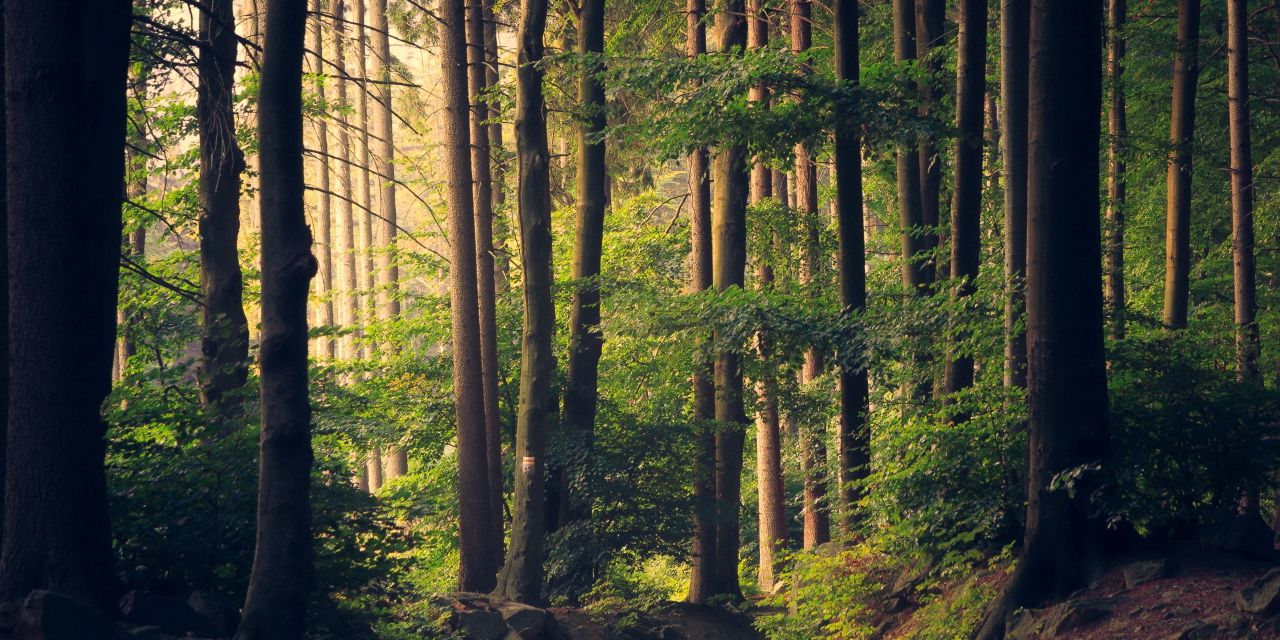 The other birds remained mostly in the trees. They crowded together in a tangled and haunted mess of whispers. When one of the other four legged creatures passed beneath the tree, they spooked and ran off at the garish noise.

The creature decided to take to the skies. It did not want to frighten like the others. It soared through the wind, cutting through the currents, wishing only for a new song to sing. It didn’t understand how others like it could just haunt the same tree for moons on end when they had wings to fly. Perhaps centuries with only one whispered song, the creature would forget to fly as well. Its paper feathers shuddered at the thought.

One moon as It settled down onto a branch, the bird beside the creature whispered, “It’s a gorgeous day,”

It looked back and begrudgingly replied, “I’ll be right back.”

They nodded to each other. The creature tucked its beak into its chest and readied for sleep.

But before it drifted off, a chill became crisp in the air. The creature’s paper shook with shivers. The branch beneath its feet grew ridged and black. The creature opened its eyes and found the other birds looking around nervously. None dared to whisper. The chill quickly grew painful. The creature’s wings were too stiff to fly away. The leaves in the tree crystallized and the grass far below turned white with frost.

A girl appeared beneath the tree. Her body was almost that of a woman, but her face was still round with youth. She was only a teenager. She looked up at them, peering viciously into each one of their souls. Her long black hair spilled over her shoulders and her white dress was torn and spattered with dark red stains. Her hands too were dripping with the red stuff.
“I know the pain you feel,” she began softly. She did not have to raise her voice for even though the birds were frightened, they wanted to hear. “I know what it is like to be possessed by a singular desire, to want one thing so badly… and each day to be denied it.”

Her words were black, spoken softly and without emotion.

“If you are loyal to me, if you do all that I ask, I will give you what you want, what you so badly crave,” her eyes narrowed and flicked to the creatures. “More words.”

The whisper left her mouth like a seduction and the creature nearly fell from its branch. More words was all it wanted in this world. It was as if the girl had reach her icy, dripping fingers into the creature’s heart and pulled out its desire like an unraveling thread.

She raked her hands through her hair, the redness slicking it away from her face. She was beautiful and the creature wanted to follow her. It wanted to give her anything she wanted. It wanted to make her proud of it, to adore it. Something in her black eyes recognized this in the creature and only that creature. And she waited patiently for it to follow.

The intensity of her gaze pulled the creature off the branch and thawed its crisp wings enough to burst open.  She held out a waiting red hand and it landed in her sticky palm.

“I’ll be right back,” It whispered, feeling unworthy with only its four small words to offer her. She stroked its head with one wet finger.

“Don’t worry, my pet. Things are going to change,”

And she turned away from the tree, frost spreading beneath her bare feet and creeping up the trees. The sticky hot redness in her hands soaked through the creature’s paper feet and bound them there. It peered over her shoulder and watched as the rest of the birds dropped one by one off the tree and followed her out of the forest.