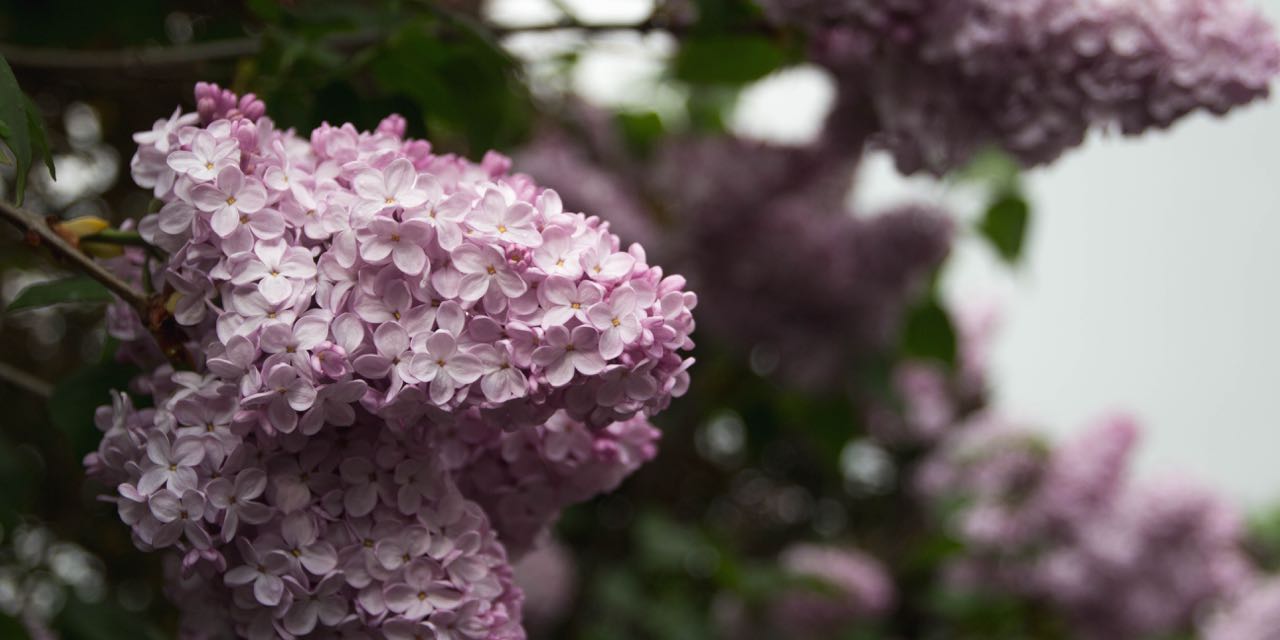 I was approached by a rather interesting fellow in a park while I was on vacation a few weeks ago. The man looked to be sharply dressed in an ocean blue suit and wearing a bright lime green tie. He also seemed to be rather intoxicated at the time, but nonetheless, his words held a thread of fascinating truth.

On that crystal clear, late Saturday morning, and after having gobbled down a few grams of magic mushrooms, I quickly found myself mystically drawn toward the Camus Street Park, only a few blocks down from my hotel. As I walked, I knew I only had a few minutes before the little guys would start to kick in. At just about halfway, the scent of lilac triggered me into a full-on sprint. The park, which I desperately dashed toward, was quite well-known with the tourists, particularly for its mass abundance of flowery lilac bushes that seemed to attract them like bees. It was the colours that were fantastic, every imaginable shade of purple, white and pink bursting into all sorts of directions. It was just the perfect place for a man of my mindset.

Once through the large wrought-iron gates, I scurried to find what I thought was a real nice spot on a grassy knoll, overlooking a small pond, heavily overrun by a gaggle of geese. I laid supine in the lush green grass and my eyes were soon locked on the vast blue void and the uncanny sight of a pale gibbous moon. Immediately, I knew the mushrooms had catapulted me onto a different plane and I started to see the most puzzling of things. Things like little dancing white dots and what I can only describe to you as shadowy worms that hid just beyond the blueness of the sky. I was mesmerized by their occurrence and curious as to what sorts of alien creatures they could actually be. My attention was soon drawn to my ears as they began to tingle and burn, I felt as if they had transformed into mini satellite dishes, mounted to the sides of my head and finely tuned into the honking sounds of the geese. At one point, I could’ve sworn that they had somehow learnt simple English and I closed my eyes and tried to make sense of what they were saying, but was greeted instead with vivid, electric, red and green geometric shapes, projected onto the backs of my eyelids.

This is the reason why you take a vacation, I thought to myself, to remember what it’s like to be wild again and engulfed by nature and its magnificence.

“Realize through real eyes, all the real lies,” a raspy voice bellowed somewhere off to my right.

A strong waft of whiskey filled my nostrils. I clenched my eyes tightly shut for a moment before I opened them, hoping a talking goose was about to make history. However, I was startled to find a hawk-nosed, cockeyed man dressed up, as if he had come straight from a wedding. The sneaky bastard already was casually sprawled out beside me, propped up by his elbow with his head rested in his palm. Half his face looked scrunched up and crinkled under his weight and in his other hand he held what looked like a fist-sized piece of pitted concrete.

I thrusted myself upright to examine him and the stone better, feeling such a powerful urge to study this man and yet terrifyingly unsure if, in fact, he was real or just a powerful illusion brought on by the shrooms.

“Are you real?” I whispered to him.

“Do you like this rock?” He asked, dodging my question and wincing his left eye closed, as if to stop him from seeing double.

At this point, I was beginning to see incredible trails myself and every time I tried to focus on a distant lilac bush over his shoulder and refocus on his face, it was like time and space would scramble and jumble the very atoms that held him together. I knew one thing for damn sure, I certainly needed to try and walk away from this drunkard, if only to prevent myself from spiralling deeper and deeper into a bad trip. Bad vibes lead to the Devil’s bribes, is what my uncle always says. I tried to stand and leave, but my legs felt like jelly, they acted as if they were wet noodles and I crumpled back down onto the grass.

“Whoa — what’s wrong, kid?” The man scoffed. “You’re all jazzed up, aren’t you? It’s okay; I am, too. I’m celebrating a big sale! Jesus look at your face, you’re seriously twisted.”

I just sat and stared at this distorted figure of a man for a good while. I recall a little voice in my head that said something to the tune of …

There’s nothing like some sketchbag, knowing you’re completely blasted to the moon and that you cannot even sober up enough to crawl away.

He just stared right back at me. Slowly, my eyes adjusted and his face began to take shape. It looked like 40 miles of broken road, or a turtle’s neck stretched over his facial structure. What stood out the most was a pair of sizeable bags of skin that could be seen drooped down under his bloodshot eyes, like two bruised pirogies.

“What’s with that rock, man?” I finally managed to blurt out, in the hopes of breaking the awkwardness of the situation and mustering up some form of normality again.

“You see the moon up there?” He asked, as he pointed up at it.

I glanced up for a second and then plucked a fat blade of grass.

At this point he shuffled in real close, so close that my asshole instinctively puckered up tighter than an otters pocket. The sensation of it paralyzed me instantly. The expression on his weathered face seemed to almost vibrate with a sort of pent up energy, as if ready to boil over at any given moment. All I could think of was him biting my nose off in one big chomp.

“This is from the moon you know…” He said. “I want you to have this here piece of lunar rock,” he offered, as he held it up between the both of us.

“That’s just a piece of concrete you found at some construction site,” I told him.

“We’ve got ourselves a real fart smeller over here,” he sneered, settling back down into the grass.

“I don’t know what you’ve got,” I said. “But to be absolutely honest with you sir, I just want to enjoy the park alone.”

“Ha, ha, ha,” I laughed. “And I thought I was high, you’re just utterly delusional.”

“Ha — why do you think I’m all dressed up? You’re looking at a self-made billionaire, kid.”

“Little do you have any idea how astronomical the future market for slabs of lunar rock is. Do you know, the ultra elite can’t seem to get their pre-orders in fast enough for the stuff. Market price of an ounce is over fifty thousand dollars.”

“Wait — you’re trying to have me believe, you actually sold the moon today?”

“A hundred tonnes of the stuff, without even setting foot on the place.”

“I developed a way to send spacecraft into orbit without burning any fossil fuel.”

“What are you going to do? Slingshot spaceships to the moon?”

“Funny you say that! That’s exactly how I told them I’d do it.”

“How is this even allowed to happen? No one owns the fuckin’ moon. We all do, man,” I exclaimed.

“So you believe me then?”

“No, but I just had you believe me that I believed you.”

“Listen — cut the shit, kid. I’m trying to tell you something here. When a person has the knowledge, the blueprints, the really rad videos with the cool graphics and the professionally made user friendly website … that, my friend, is the person that holds the deed to that there moon. If you plant the seed, just the tiniest possibility alone can get you anywhere you want to go. That’s the beauty of capitalism, kid.”

“It’s just some corrupt competition we made up to see who can fist fuck the planet for more paper faces, is all that is.”

“Maybe, kid — but all it takes is convincing a handful of those players with more money than brains and you win.”