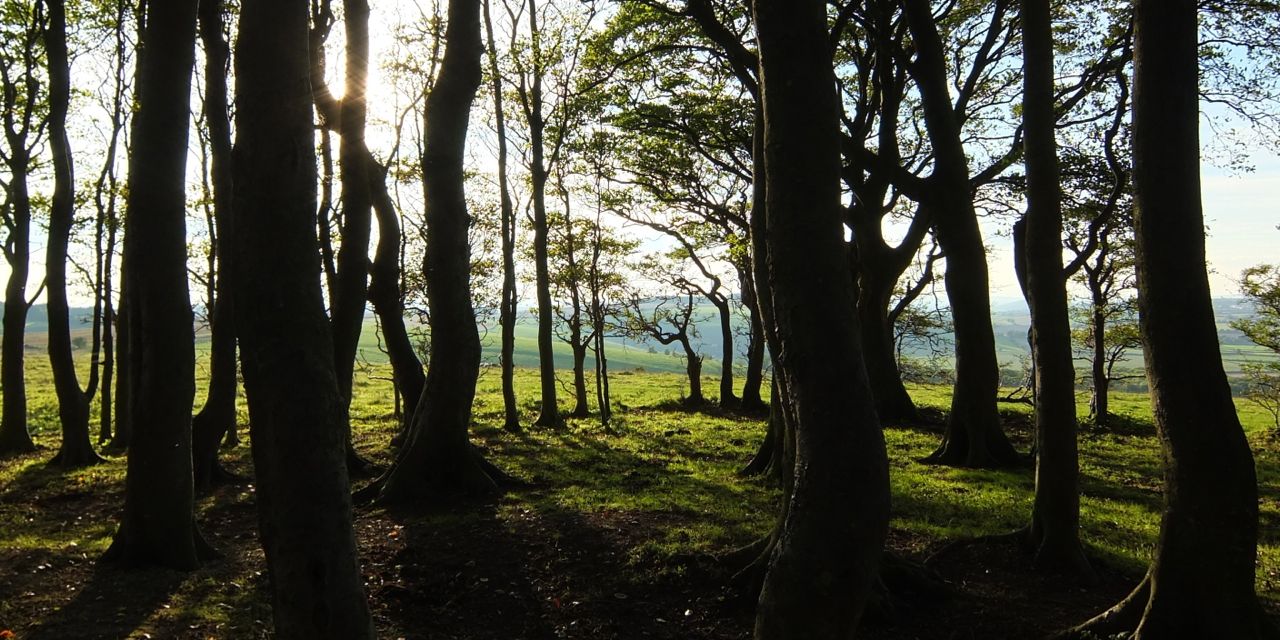 The creature’s name was Nushka although she didn’t know it yet. She was a child of the forest and her name was whatever tune the wind decided to whistle. Her name was the clack of her hooves on the rocks, the shushing of the brook. She didn’t understand the concept of a name. Couldn’t you just reach your soul out and touch something else’s?

She’d heard those strange humans when she ventured to the edge of the forest. They called each other by odd names, like Mary and John, unable to break their old habits. But Nushka never paid much attention to that nonsense.

She didn’t care for humans, but she liked to hide and watch them sprout up from the ground in the thick of the forest. They would claw their way out of the trees and fall to the ground exhausted and naked. They always wrapped their arms around themselves and wandered out of the woods, bewildered and aching. It was worth a little laugh, but when Nushka was gripped by hunger, fatigue or other bouts of weakness, she felt pity for them.

They were so pathetic, the way they wept and how their eyes darted about her home, confused. If Nushka was capable of dying like a human, she might have felt the same way. She was sure this wasn’t how they imagined the afterlife. But it didn’t matter. Once they stumbled out of her forest they never found their way back in. Except, of course, for the boy who used to tend to the trees.

He was a tall human and he would pick the fruit off the branches every day. Nushka liked to hide in the ferns and watch him toss pebbles in the river. He would swing sticks through the air so fast they made a sharp whistle. It made Nushka’s fur stand up. She wagged her tail and hoped one day he might throw a stick to her, but she was too good at hiding.

Most days, Nushka went about her business. She drank from the stream and tried to catch the twinkling jewels on her tongue. She chased the whispering birds, cleaned her silver fur and sharpened her tail on the rocks. She believed there was no creature in the forest with a tail sharper than hers and that was a source of great pride for Nushka. For every creature ought to be a little deadly. And at night, she laid in her little bed atop the rocky plateau so she was closer to the crimson sky. She curled around herself, wondering if the humans slept beside each other after they left the forest. Nushka thought it might be nice to share some warmth, to not wake alone.

One day while she was munching on some blood flowers, (they were her favorite, big and maroon, the juice made a sticky mess when it dribbled into the fur of her chin) she heard the human boy coming from a mile away, only that day he was running. She could hear his breath puffing and wheezing. His footfalls were sloppy and she could smell something foul as he drew nearer. She hid herself behind a cluster of trees and watched him burst into the clearing.

The human boy fell to his knees. His eyes were red and his cheeks were wet. He made a funny choking noise and pulled something out of his jacket. It was one of those red fruits he picked off the trees. He held it gently in his hands as if it might shatter at any moment. The boy began to furiously dig a hole in the black soil. After placing the fruit inside, he covered it over with earth and ran back in the direction he came.

Nushka cocked her head and smelled the pile of disturbed earth. Silly human boy. He didn’t even know how to properly hide his treasures. Nushka patted down the soil with her hooves and kicked some leaves on top for good measure. She trotted off, proud of herself and expectant to see the boy’s face when he discovered her good work. But Nushka never saw the human boy again.

For a time, the fruit grew ripe and dropped off the trees. Nushka didn’t like the smell. Without the human boy to collect them, the fruit died and returned to the soil. The humans still sprung up from the ground in their trees, they still tore their way out They still wept and looked perplexed, but some of them began to step and slide in the sticky, dying fruit before they made their way out. The human boy was really making a mess of her forest.

Before Nushka met the human girl who would give her a name, a chill came over the forest. The smaller creatures burrowed into the soil as a sudden frost touched the leaves. She felt the cold inside her before she identified its source. Her tall ears had never failed to detect even the smallest rustling in her forest, but a woman appeared noiselessly below her plateau. Nushka knew she brought the rime with her.

The woman sauntered through the forest, her dress the color of blood flower juice. It dragged behind her as she glided between the trees. The material was sheer over her long legs and was fed by a tight corset over her ribs and breasts. It looked like armor; perhaps not strong enough to keep Nuska’s tail from piercing her chest, but certainly strong enough to keep something in. She wore a crown of bone that rivaled the antlers Nushka had seen on the great beasts in the forest.

Nushka huddled in the grass, shivering and watching from her bed. The woman stopped before a bare patch of earth and stared down at it. She waited patiently as if it were a child that owed her an explanation. She hadn’t made any threatening movements or drawn a weapon from her bodice, but Nushka’s fur prickled. It was the feeling creatures have when their lives are in danger, when no matter how careful they were, they’ve inevitably become prey…