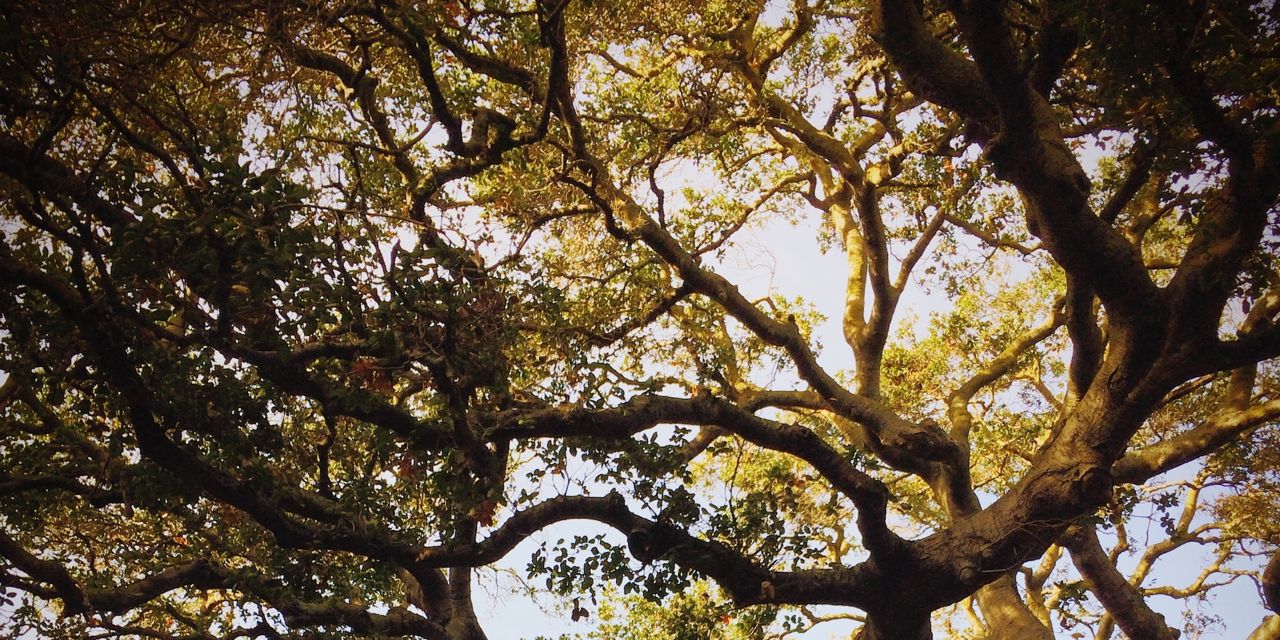 A tree began to push its way up through the soil in front of the woman. It grew and twisted up into the sky. The branches peeled away from the trunk and blossomed with leaves and the woman watched without twitching a single muscle. One plump fruit dropped from the lowest branch as it always did. The woman reached out with slender fingers and plucked it. She held it in her hand for a moment, turning and examining it and with one swift squeeze, she crushed it. Her nails pierced its flesh and the red juices snaked down her arm.

She remained largely still, but Nushka’s keen eyes saw raw fury in the flick of her wrist, in the simmer of her eyes, the clenching of her jaw. She cast the withered remains of the fruit into the dirt at the base of the tree and she left as silently as she came. Nushka stayed on her bed that day, afraid for the first time. Afraid and also ashamed, for what kind of creature with a sword for a tail is frightened of a woman?

Four moons after the woman’s frost melted from the forest, a tree surged up right beside the patch of light she was resting in. Nushka rolled over, too bored and sleepy to do much else. She watched for a while as the leaves popped from their buds. The fruit grew heavy and dropped off the branch with a slippery plop. The human would begin to break through the bark at any moment so Nushka stood lazily. She stretched and trotted off to hide.

A muffled sound Nushka had never heard before came from within the tree. She crouched, her tail curling slowly behind her, ready for whatever threat lurked. The strangled sound grew louder as the human tore at the wood, as chips flew and a slit opened in the trunk. The human’s arm broke free first, the nails bloody and grasping for help. Feet kicked furiously near the roots and Nushka could now understand that the human was screaming. She burst out and dropped to the earth, howling. Her eyes were pinched closed, her naked back was arched and she dug her fingers into the soil beside her.

Nushka stood to her full height, no longer wishing to hide. She had never seen a human scream before. She found it to be quite beautiful, the way it made her muscles clench and her mouth to fall open. She walked towards the human girl slowly and watched her curiously. The girl sat up, still wailing and raked her hands down her face, leaving trails of dirt and streaks of blood there. She was the prettiest human Nushka had ever seen.

She was not concerned with hiding her nakedness. She did not look confused about her afterlife. Nushka ran to sit beside her. She lifted up her snout and howled alongside the screaming human girl. The two of them harmonized like that until the human girl could make no more sound. She wilted like the fruit that grew on her tree and Nushka laid her head in the human girl’s lap. She would not let her fall and rot in the soil. The girl’s hands weakly stroked Nushka’s fur and hugged her.

The human girl’s warmth spread through Nushka and was more delicious than an entire field of warm blood flowers.

“Sweet pet. Sweet little… Nushka. Life is over. Its over, Nushka.”

next: Forest Creatures: Ember – Part One