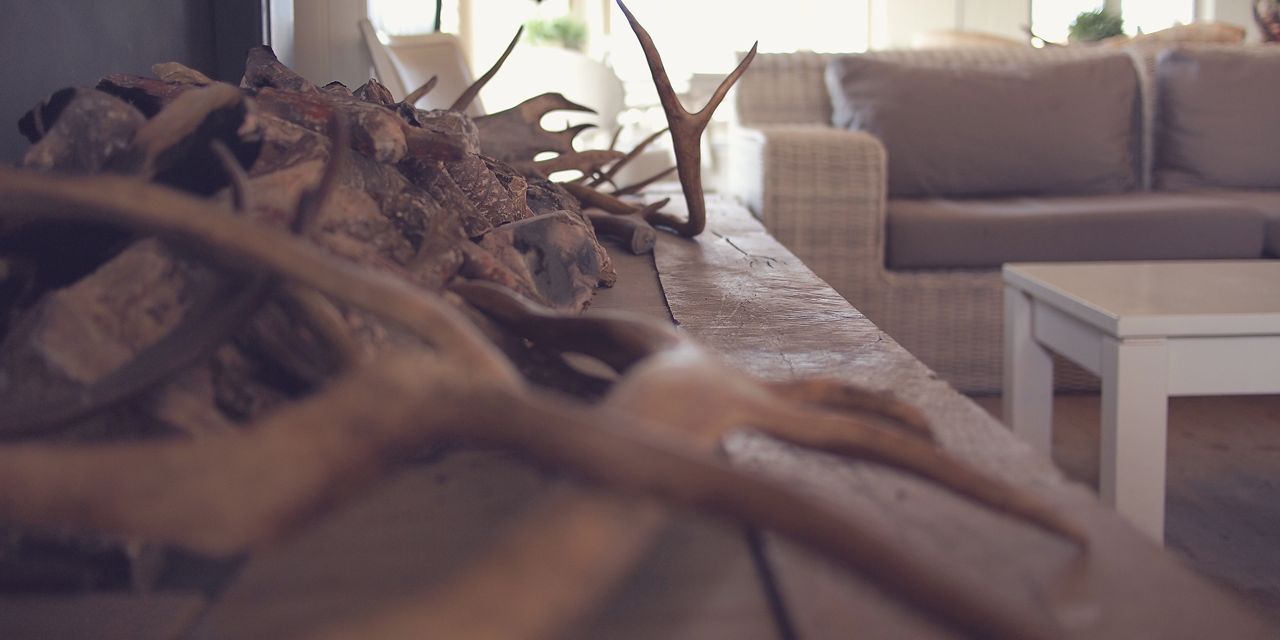 Alexis and Philip had apparently had a reckoning and falling out: they sat at opposite ends of the room. Holly took her throne next to the window to allow her smoking accessibility. Christina hadn’t risen from her makeshift bed and still occupied the entire couch. Rita sat on the smoking chair by the entrance to the room.

“I wonder if there is any possibility of us leaving today?” Alexis asked.

Holly thought this comical. “Not with Wyatt Earp up there vigilantly holding us captive until he solves the crime.”

“Well one thing’s for sure: I will not be coming to the thirtieth reunion,” Christina joked, trying to bring some light and laughter to the situation. None of the other for bought it.

Philip gruffed, “I hope to never see any of you again, frankly. This week has been hell and seeing any of you would–”

A scream so loud it rattled the cut glass collection on display on the shelves framing the fireplace came from upstairs. Philip had been sipping on some coffee that Seth had made the guests as their “breakfast”, and upon hearing the scream, he dropped his coffee out of his hands due to being so startled. The mug fell to the ground and shattered, spilling coffee all over the oriental rug that covered the floor.

Sheer panic filled the eyes of the five, and without thinking, Philip turned and started running into the hall and upstairs. Holly and Rita were quick to follow. Another two yells could be heard coming from the master bedroom.

“HELP ME!!! Oh, god…PLEASE HELP!” It was Seth’s voice. Everyone’s heart would be pounding had they not all just ran up the stairs and down the hall to the back of the house. But all five guests stopped when they reached Matt and Seth’s bedroom door. There, holding his lover and husband in his arms, Seth was screaming, shaking, and crying, yelling:

No one said anything. The guests all hovered over the bed where Seth lay rocking Matt back and forth in his arms. Holly put a hand to her mouth to cover her gaping jaw. Philip stood there shaking his head as if in total shock, and grabbed ahold of Alexis–who began crying herself– by the shoulders. Rita was holding her handkerchief to her mouth, fighting back the tears. Christina rushed to the other side of the bed and reached out to grab Matt..He was cool to the touch.

He’d obviously been dead for hours.

Originally, six people had come to Matt and Seth’s house to finish planning their reunion. Now, just three days before the event, two people were dead and the remaining members of the party were trapped in the house with a killer. Matt, the sweet, smart, and handsome college professor was dead. Unless the thirty-eight year old had magically died of a heart attack in his sleep, someone had also killed Matt, and it was safe to assume the two killings were connected.  No one had left Matt and Seth’s room for hours, possibly worried that something ill might happen to them. Two and a half days into their stay, they still hadn’t any power, any cell phone service, and no contact with the outside world.

The first few hours were brutal. Seth was going in and out of hysterical tyraids. He had stormed downstairs to retrieve the shotgun someone had taken out of their bedroom upon discovery of Matt’s body and began screaming and pointing it at each of the guests asking who was going to pay for killing his husband. Finally, he broke down into a crying puddle on the floor and handed the shotgun reluctantly to Philip, saying,

“It doesn’t even matter anymore. My baby is gone. You all can kill me now, too.”

“What happened to him?” Christina dared to ask.

“Isn’t it obvious?” Seth shouted at her through crying.

“No,” Holly spoke up. “He’s dead, but there doesn’t look like any injury has been inflicted upon him.”

She walked over to the bed and sat down next to Matt’s corpse. His skin was beginning to turn a bluish shade and he had grown much colder to the touch. Holly didn’t bother asking for permission before she began her own amature forensic investigation.

Without saying anything, Rita crept over to Holly and stood over her. She asked Rita what she should be looking for, to which Rita replied that any obvious wounds or gashes could be indications of a blow like the one that ended Paul’s life. Holly grabbed Matt’s body by the shoulders and lifted him up, examining his back side first to guarantee he didn’t succumb to the same fate as Paul. There was no indication of any trauma to his head, neck, back, or shoulders. Holly went to go lay Matt back on the bed and struggled a bit: his body had already begun to stiffen. Rita stepped in and helped lay him back down.

Holly lifted his pajama shirt to examine Matt’s chest. Seth looked up and upon noticing and feeling that they were violating his partner’s body, he wiped tears from his eyes and said:

“We are just trying to see how he died, Seth. I’m sorry.” Holly truthfully responded. “If we know how he died, we might be able to find out what exactly happened to him.”

Seth didn’t argue. He looked back down at the ground, not wanting to witness the inspection of his husband’s body. Holly went back to work, lifting his shirt all the way to his armpits. There were no apparent marks on his chest and torso, either. No marks on his neck or face. She didn’t want to, but Holly considered removing Matt’s pants to look at his lower half. She reached to go unbutton Matt’s pants, but stopped and glance over at Rita as if asking her permission. In a nod of agreement, Rita confirmed that Holly could undo Matt’s pants if she wanted to. Or at least she wasn’t going to stop her.

Holly unbuttoned the top three buttons of Matt’s pajamas and, fortunately for her, Matt had decided to wear underwear underneath. Holly was no doctor and was an adult who could handle these things, but she had no desire to see the private parts of her newly deceased classmate. She pulled down on his waistband a few inches to examine his lower abdomen and was about to unfasten more buttons when she stopped herself.

“You know,” she began, “I just don’t know how comfortable I feel about doing this anymore.” She reached to begin buttoning his buttons when she looked down and noticed a mark on his lower stomach. “Oh!” She said. “What is this?”

She had to pull his pants down an inch to see, but there was obviously some kind of surgical scar. Without thinking before she spoke, Rita stated matter of factly: “Oh, that’s nothing. He’s had that for years. Appendicitis.”

A lightbulb went off in Rita’s head right after she spoke those words and it was apparent to Holly that Rita had immediately realized she had revealed too much. Holly looked at her questioningly and moved her hands away from Matt’s stomach.

“Had what for years?” Seth asked, now suddenly interested in what the ladies were doing.

“A scar,” Holly whispered. “On his stomach below his waistband.” She looked wide eyed at Seth who didn’t seem to process what she was saying. She got up off the bed and stared at Rita, who was now quiet and wishing she had never opened her mouth. Philip was taken aback as well with what Rita had accidentally admitted.

Finally, it occurred to Seth why this bit of information was pertinent. He looked at Rita and his eyes filled with rage:

“How did you know about that scar, Rita? Did you have sex with him?”

Rita was having a difficult time explaining herself. She tried to say she knew about him needing to have his appendix removed. She said Matt had told her once at student government meeting. She realized she had been caught with vital information that she shouldn’t have been privy to, whether if Matt really did reveal this detail to her or not. Seth, during her explanation of how she knew about Matt’s scar, remained silent. Eventually, he looked at the guests and said softly:

“I think everyone needs to come with me. I need space to think.”

He turned from everyone and exited the bedroom: the first of any of them to do so in several hours. He walked down the stairs and into the hallway. He opened up the closet and dove in, tearing through it and not caring about tossing the items in his way onto the ground. The guests had slowly followed him and remained on the stairs, looking down. None of them had the slightest clue what Seth was doing or why he was so violently attacking Matt’s and his closet.

Seth emerged holding something in his arms and turned to face the guests who had finally descended the stairs and were waiting for him to finish in the hall. He walked past them holding onto four large books. He sat down on the sofa, sat three of the books down next to him, and began fervently hunting through the Sedville High School yearbooks that belonged to Matt.

As soon as he had found what he was looking for in one of the yearbooks, he would turn that one upside down to mark its place. He picked up all four and marked spots in each of the four yearbooks representing all four years Matt was in high school. After a long while of searching through each book, Seth stopped, sat back into the couch, and closed his eyes. The other guests had sat down, curious as to what he had lured them all down to tell them. He had been so rabidly involved in his search for clues in the yearbook that he hadn’t paid much attention to the guests around him who were debating amongst themselves whether their host had gone crazy or not.

The other guests waited a few moments for him to make some kind of reveal, and Seth didn’t give them that satisfaction. He said what he said and was waiting for someone to force the information out of him. It was Alexis who bit the bait and asked him:

“You really want to know?” He asked.

“Yes,” Holly said impatiently. “Tell us what it is that you know.”

“I’ll tell you who did it.” Seth said. “It was Sarah Mansfield.”

The guests all seemed perplexed.

“She’s been dead for years, Seth,” Alexis chimed in.

“No,” Philip reiterated. “No she hasn’t. Sarah Mansfield is alive and well. And she is here in this room.”

Christina gasped. Philip stood shaking his head and Alexis couldn’t distinguish whether her host was joking with her or not. Seth looked insane because he had begun sweating during his search through the yearbooks and was still disheveled from having found Matt dead. He looked at each of the guests before confiding in them what he knew.

“I have proof,” he said, holding up the yearbook he had blanketed across his chest. “That Sarah Mansfield is alive. Isn’t that right, RITA?”

Everyone looked at her in disbelief.