There Is Death In The Clouds 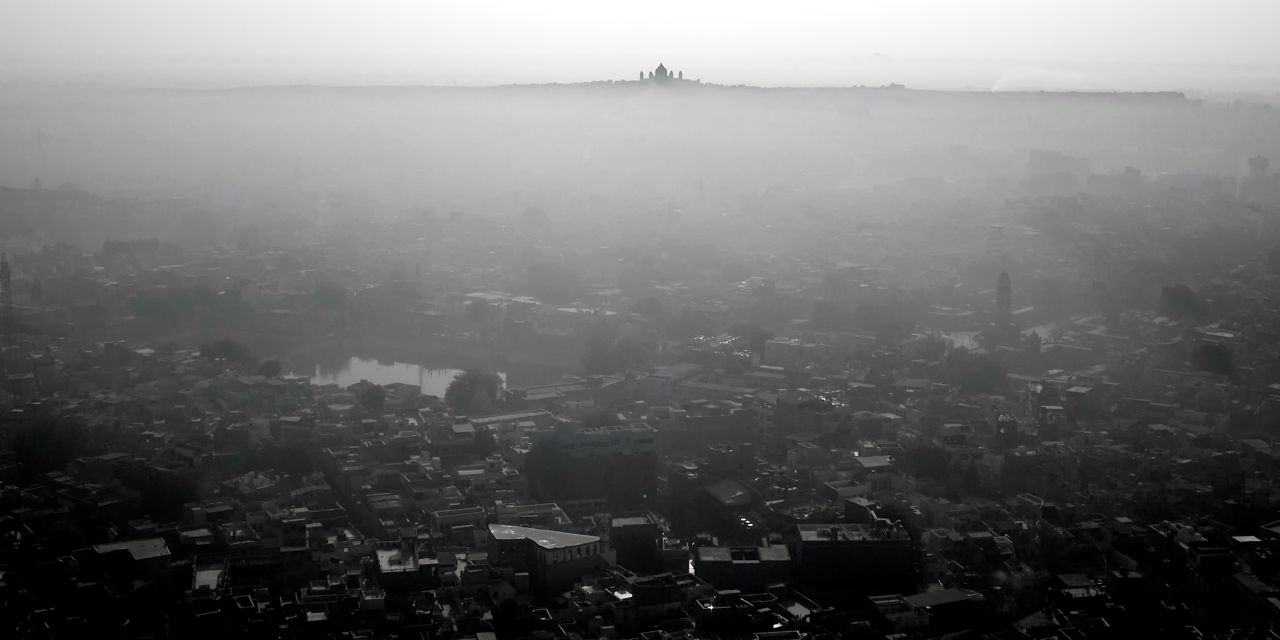 Noxious wisps of air crept under the study door as Shosanna affixed the gas mask to her face. She collected of all the notes and almanacs and put them into her satchel and secured it with the leather strap. The wood creaked under her boots and she could feel some tremors in the foundations. The room she was in was once a lavishly decorated study — its books filling the shelves — but was now in disrepair and ruin. Mold flourished in the peeling wallpaper and fungus spores danced in the now-toxic air.

A gas cloud was passing over this part of the city that made conditions dangerous and deadly to anyone breathing the air. Rumors had spread that the clouds were caused by the British Museum’s discovery of the original Abdul Alhazred’s Necronomicon, while others said that the clouds were punishment from God and that Rapture had arrived.

One step at a time, Shosanna crept out of the room and found the front door of the house. Almost off its hinges, she pushed the door open and stepped out into the cobbled street. The cloud was low over the roofs of the narrow houses. Shosanna tightened her gas mask and continued down the street. A faint green tint punctuated the air and her vision was somewhat obscured by the beads of sweat dripping down from her forehead. It was a dangerous job, plundering the Old Town while looking for artifacts and valuables, but she somewhat enjoyed the risk.

A few minutes later, she had exited the Old Town and was now walking across London Bridge, toward the crumbling Houses of Parliament. Horse-drawn carriages trundled on the cobbles and eruptions of steam blew out of the various street cleaning machinations commissioned by the government. These automata were prone to freezing in the cold but were perfectly functional and safe otherwise. Alastair Cray, an American inventor and famed businessman, had constructed these by the hundreds; they were in high demand from the upper class denizens of London.

Shosanna shuffled through the crowds ambling along the bridge. The dark tweed suits and black umbrellas were like a school of fish, a moving mass of British class. This was perfect cover for a scavenger like herself; she used it often. While in a herd of sharp-dressed businessmen, Shosanna looked up and saw her escape. Gently floating above her, an airship bobbed up and down in the night sky. She let loose a whistle and a rope came tumbling down toward her. Reaching up and grabbing the cord, she pulled herself up and hollered at the captain to set off. The airship began moving upward and away from the bridge, carrying Shosanna up like an angel ascending into heaven.

Shosanna was part of a scavenger group, a gang of unfortunates that searched parts of London for items and valuables that belonged to the former residents of the dead, decaying parts of the city. The gas clouds had killed hundreds of citizens and all attempts to get rid of them had failed. Numerous “air purifying dirigibles” had succumbed to the gas; they corroded away and broke down mere hours after being implemented. The government called for aid from the Church of England but nothing had come of the blessings and prayers received. Scavengers had a morbid, depressing part to play, but with the promise of pay, many able-bodied opportunists joined up with the gangs and donned gas masks. Most of the time, scavengers went into abandoned buildings looking for money, loot and valuable metals — but more intricate jobs were sometimes made. These contracts were set up by the wealthy and academic types of London: they usually looked for a different sort of value — pieces of information. This information could be attained in many ways: old books, lost research papers, blueprints, prototypes and gramophone records. In return for these, large paychecks were given and split up amongst the gang.

The ship gently rocked back and forth, the hum of the engines vibrating through the wooden construction. Shosanna placed her satchel down on the nearest table and took out her finds: five almanacs of unknown content, 20 pages of a research papers and seven samples of questionable substances. The girl smiled, looking at her requirements on a piece of yellowing paper. She had met them perfectly. Dinner would be served tonight.

The sun shone on London, breaking away the white clouds hung against the sky while the green clouds stayed low, stubborn in their existence. It was a good day, however; the wind warm and the air fresh up at these altitudes. All hands were on deck preparing ropes and fastening straps. The captain shouted at his crew to descend the ship toward the Old Town. The hissing of air escaping the main balloon and the propellers dying down signified this command was in action. Everyone slipped on their gas masks and gear, preparing for the upcoming challenge. Today, the gang was performing a full-scale raid on Old Town.

After an hour and a half, the ship was finally near enough to a rooftop where everyone could disembark. Shosanna stepped off the airship with a dozen others onto the tiles. They all looked at each other through their eyepieces and nodded in acknowledgement before turning in different directions and setting off with a spring. Shosanna headed north, her boots clicking against the tiles as she sprang over pipes and vaulted over obstacles. She scanned the ruins and her eyes met a glint in the distance. She ran in its direction. The gas was almost like liquid to run through; there was a resistance to movement and the green tint made everything appear distorted, twisted. After a few streets, Shosanna had made her way to the house and jumped through a side window.

Bodies were littered on the floor, blood leaking into pools of crimson. Fungus and rapid decomposition had already ravaged the flesh, but the clothes still bore recognizable insignia — a black hand crossed by a knife, signifying a rival gang.

Shosanna lifted one of the cadavers and looked at his gas mask. The filters had been slashed by a blade, the straps ripped at the seams — signs of a struggle. No good news so far. Out of the corner of her eye, she spotted what had been shining in the light — a gold statuette, bearing the figure of an octopus with wings. Shosanna pondered the meaning of it for a moment. Religious? Art? Cult artifact?

She then realized what was most important — monetary value. She grabbed the statuette with her thick gloves and placed it carefully in her pack. Suddenly, she felt a knife scrape across her neck. Not forceful enough to make a cut, but forceful enough to leave a message.

“Give me the figure,” a gravelly voice whispered into her ear.

Shosanna opened her pack and slid out the statuette. The eyes of the octopus now glowed with purple light. A hand reached out from behind her and snatched the statue; the blade left her neck. There was a sound of breaking glass. After a few seconds, Shosanna nervously peered over her shoulder. The bodies were all gone, the blood even out of the carpet. The only sign of ruin — apart from the dirt and fungus — was that one of the windows was broken, the curtain blowing gently in the wind.

Shosanna tentatively stood up, shambled over to the window, and then climbed up the nearest copper pipe. Her gas mask was still tight on her face, and the filters were practically brand new, but she still felt uneasy after recent events. A feeling of dread infiltrated her mind. Clambering up onto the roof, she looked toward the horizon and searched for the airship scheduled to pick up the scavengers. A thick fog had settled in this area, any sign of life invisible. Dim gaslights, softened by the fog, flicked on in the distance — Shosanna hoped that they were other scavengers. She began running toward the nearest light, leaping across gaps and keeping her eyes forward. As she approached the light — which was still obscured enough as to not see the source — it extinguished. She walked to where it had been and looked around. Nothing. She then realized what she had been tricked. Will-o’-the-wisps, legends whispered by experienced scavengers, were known to appear and lead people to disaster.

Without warning, a great crash of wood splintering and the crackle of fire billowed from above. Shosanna whipped her head upward and stared at what was unfolding before her. The airship, dangling precariously in the air, was being eaten by the shimmering heat. Flames licked the side of the balloon and ash floated down like snow. Luckily, the gas in the balloon was non-flammable and would not explode, but the wooden construct of the ship was easily consumed by the fire. Questions raced through Shosanna’s mind, asking who, why and how this ungodly event occurred. Unfortunately, she had neither the time or the information needed to answer any of them. From a distance away, she heard the sirens and bells of the London Police. If they found her scavenging and near this soon-to-be wreck, she would be locked up in the dungeons for years. This was ample motivation to move on. Shosanna quickly made her escape, and silently vowing to find out what happened.