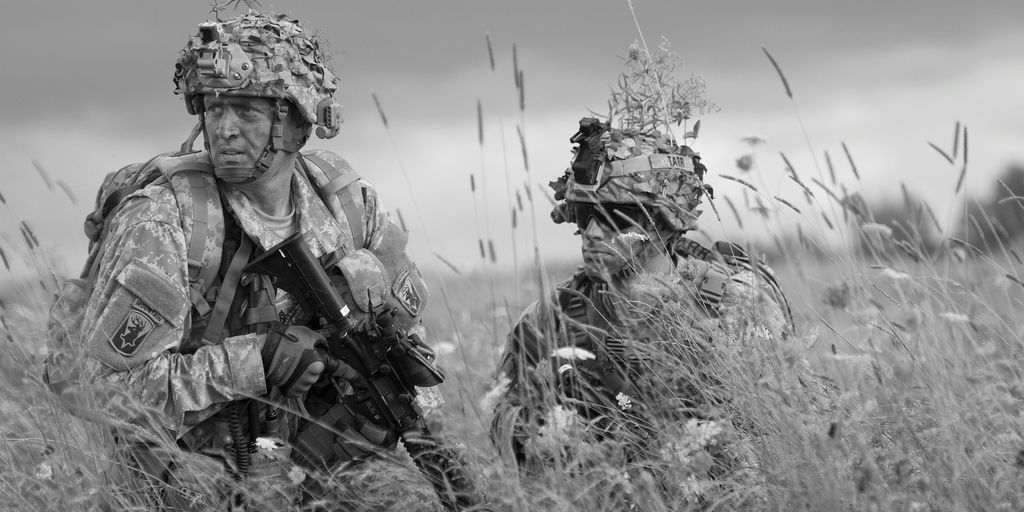 That wasn’t his real name. They had adorned him with it after his second tour in Afghanistan, during which he was thrust back into duty without much training or intel, they just needed him and his talents specifically. 0400 hours came around real early for him on the second day of the third week with the Cypher Company Sixth Platoon, and he shot accordingly. One target miss at 1200 meters was one too many, and luckily he recovered quickly. He wasn’t back to top form for a while.

After his first tour, he had trouble readjusting. He came back to Texas to find it in the middle of a drought, the grass turning from a well-tended green to an unkempt brown. It reminded him of shuffling his heavy boots through the barren wastelands in the Afghan countryside, trudging day after day and setting up camp, his tongue dried to the roof of his mouth, eking out his existence between the standoffs and the stickups. But his contract was up and he wanted to forget all that. So he tried.

After a two-week stint at rehab he was clean and in good enough shape to make his mother proud, so he bought a suit and went to see her. She kissed his cheek and tried to hug the sin out of him. They talked until they had taken a slice out of the day as large as you would give to the most desperate vagrant on his birthday after you had found out the person who the cake was for had turned their back on you, without the slightest consideration for your name meaning anything in this world. Needless to say, Rusty decided to sleep on his Ma’s couch, figuring it was a better place than where most rehab-ers end up on their first night back in the wild.

In the morning, she made him breakfast just like she did before his football games in high school. Three poached eggs, half a can of corned beef hash and two pieces of sourdough with a tall glass of orange juice. It was so sweet, and made Rusty fell so wholesome, that he expressed his concern of relapsing between bites. Ma was prepared, though, and they sipped coffee as they piloted through coping methods. They settled on tattoos. Ma had heard that they really do help a lot, and though they may be expensive, that’s much better than the alternative. Rusty liked his one tattoo of his late Pa’s birthday on his arm. “08-13-57 RIP DAD,” it read. He didn’t care much for putting his date of death on there, even though most people do. He thought it made more sense to not put an end cap on his father, to think of him as alive and well, just somewhere else.

So the next day he went home, reorganized his apartment and took a long shower. He sat in his room and watched the rain fall outside, the grass emerging in welcoming worship to it. The drought was over, and I’m over all this shit, he thought. He grabbed his keys and drove downtown, pulling into the first tattoo shop he saw. They were slow that night; no one around here wants to get inked when it’s raining out, they said, so there was an empty seat just waiting for Rusty. After thinking for a while, he decided on getting a small raven on his other arm. He settled in and watched the mark merchant go to work.

The needle pressed and jabbed into arm repeatedly, and he couldn’t help but stare at it moving through his skin. He wanted to see what it looked like from the inside.He lay back and closed his eyes, trying to feel where the ink was going. Just when he was zeroing in on the feeling the merchant stopped and began patting down the area and wrapping it with gauze. Afterward, Rusty sat in his car with his bandaged arm for a few minutes, squeezing the steering wheel so hard the grip became bare and raw. He made it all the way to his street before he was taken by an inevitable sharp left turn and a bee line for that old familiar, sunken, heavy place.

He woke up in the hospital.

After another two-week stint at rehab he realized that he wasn’t trying to forget anything. He could handle the severed arms. He could deal with the fact that for some of those children, wearing bomb vests was their idea of dressing up for church. That was part of his job. And he needed to keep working.

So after all the bullshit was taken care of, he was back in the saddle. The platoon welcomed him back and returned to business quickly, as warriors tend to do. But after a while the raven started to itch. Rusty considered himself a mental giant, but he knew that he had done enough drugs for his body to expect more, like the grass in the drought. He also knew that that kind of satisfaction was not a possibility out here, so he rethought the matter. I need some kind of smack, some kind of meth, of heroin, of coke, of whatever the fuck I was doing. The raven itched so much some days he could have sworn it was poking him with its tiny beak.

Then one day it hit him.

Coke!, he thought. Not cocaine, actual Coke. Coca-Cola! Coke and a smile! Fuck! He could ask the platoon leader for some, standard issue. And so he began to drink it after every meal, after every mission and every ambush. The guys started to give him shit for drinking so much soda, and so he thought he should put it to good use. He noticed the Humvee’s front bumper was getting caked with Afghan desert fodder every time they would move. It got worse and worse, so he decided to use the last four or five sips he would usually savor, pour them one by one onto a small piece of tin foil and clean the bumper off after camp had been set up. When the guys asked him what he was doing, he told them that Coke removes rust.

And the name stuck ever since.