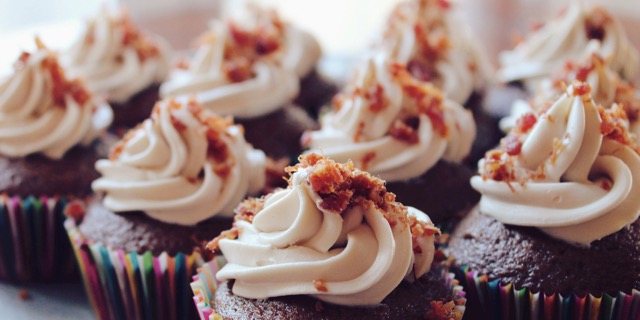 Mira and Frankie finish making the cupcakes. She raises her voice over his removal of something. Then she shows him the final touches:

She pours more icing, telling him to “hold on” and “wait.” They’ve made more than cupcakes for New Year’s Eve by the time they finish.

gleam of light
off freshly applied frosting
their shared smile