Up The Spiral Staircase 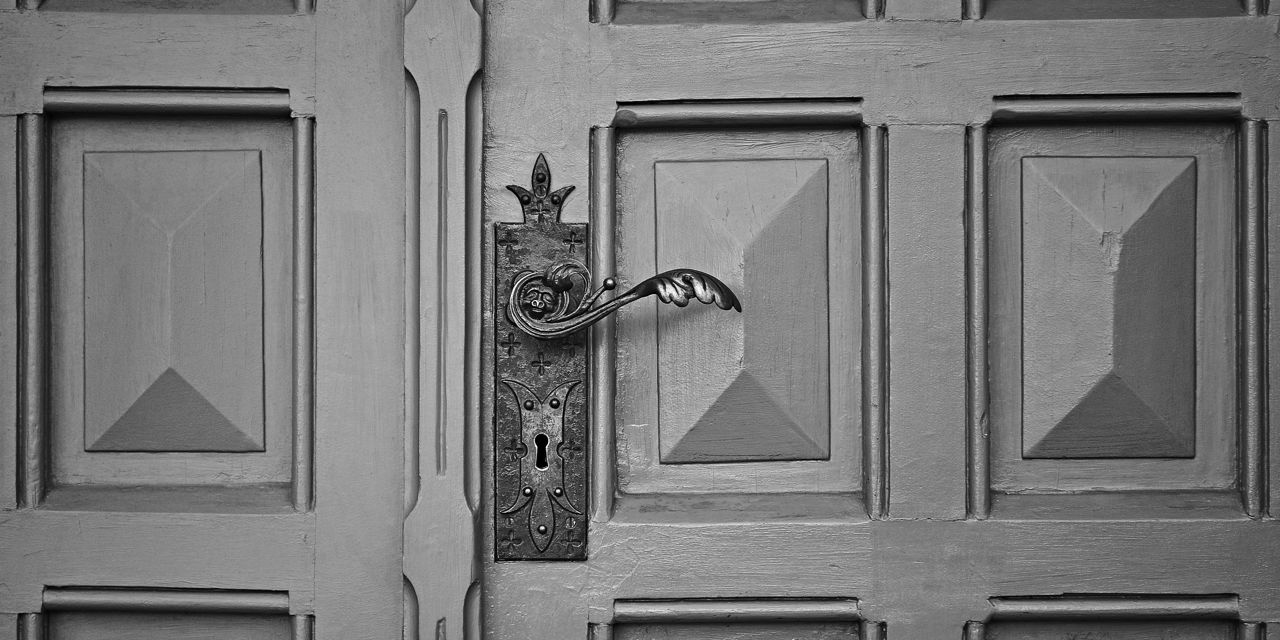 I ran up to the thick wooden door and heaved it open as quickly as I could. I hurried inside the room and pulled the door shut and latched it with the black iron lock. I turned around, leaned my back against the oak door, and slid down until my damp clothes rested on the stone floor of the quarters. I breathed a sigh with my eyes closed.

“You’ve come along way to get here, Benoit.”

I quickly sat forward and rose to my feet. A man with a long gray beard sat in a chair in front of a stone window. His thin white hair gently moved in the breeze.

“How do you know my name?” I walked across the stone floor towards him and stopped just before his red and gold rug that laid in the middle of the floor. “Who are you?”

He detected the tension in my voice. “Relax, Benoit, we have talked before.” The guards finally reached the oak door and began banging on it. The old man paid no attention. “I know you want your answers. You will get them in time.” He continued to stare out the window. “What do you see?” He nodded out his window.

I slowly approached his chair. The guards were starting to bang louder now. I looked out the window. Below was a river which the man’s room overhung. The river curved gently through a forest, growing wider, until it reached another fortress, twice the size of this one, framed perfectly by the man’s window. In the hazy distance, over the trees to the north, the fortress ahead to the east, and the trees to the south, were the silhouettes of enormous mountains. Their faint images almost seemed to echo that of the towering trees and the mighty stone fortress.

The guards outside the door were yelling for me now. They were trying to knock down the door. The man paid no notice.

“No, Benoit, you see answers. You will not find them here. That is where you will find them.” He looked at me now. His grey eyes, saturated with wisdom, saw into me. “You are not like them.” He nodded toward the oak door. “You are different. They do as they are told. All they know is that they are supposed to stop those who are out of line. They do not question. You question. Your ability to recall the past and learn from it is what separates you. They do not recall how they even reached that door.” He nodded again toward the oak door. “They just know it is their duty to get inside. The merchants in the courtyard below do not recall or question who supplied their stock. They just know they need to sell it. They are just programs. You are an anomaly. I know you want answers. So I will tell you how to get them. But you must do exactly as I say.”

“How long does that riverbank look?”

“How long is that river bank from this window to that fortress?”

I studied the rough river bank. “I would say 300 meters.”

“Ok. When you get to the gate of that fortress, tell the guards exactly the distance you estimated to me. They will let you in. You will walk into a great room. The size will astonish you. Stay focused on your task. Do not lose this memory as all others would. There will be a gold door guarded by two guards. Tell them the Sage sent you. They will let you in. From there you must do the rest. If you succeed, you may know whatever you wish to know.”

The banging was louder now. The guards were using something heavy to ram the door down.

The old man got up out of his chair and walked slowly to his window. He looked down at the river 30 meters below, then at me. He smiled.

“I don’t think you have a choice.” As he spoke, the oak door crashed to the stone floor and the guards poured in, swords drawn.

“You are under arrest!”

I looked out the window the old man stood in front of. I looked at the window on the wall opposite. A smaller fortress, about a quarter the size of the one downstream, and 150 meters away was framed in the window. The river curved tighter into it and grew narrower before it turned south behind the trees and castle. I had not noticed this other fortress before. I looked back at the man. He stepped aside from the window. “Only forwards, Benoit.” The guards slowly crept forward, wary of me. I took a deep breath. I ran to the stone window framing the large fortress and jumped out. My heart stopped. There was nothing below but the distant water. The air rushed passed my ears louder and louder. Then I hit the water and there was silence.

I reached the surface, adrenaline still pumping through my veins, and the current carried me along the gentle curve of the river. I swam onto the bank when I reached the fortress amongst the tress and caught my breath. The river continued to curve to the southeast once it passed the fortress. It did not look as wide as it had before. I walked around to the front gate and looked at the fortress. Up close, it seemed only half the size it did from the Sage’s window. Two sentries guarded the entrance. I walked up to them, their armor shining.

“Uh…” Their swords at their side were intimidating. I tried to recall what I was told to tell them. The memory was being washed downstream, one bit at a time.

“Back away from the entrance.”

“No, no. I have something to tell you.” I thought deeper. I knew I had to find it quickly or it would be erased.

“Yes! 300 meters.” The guards looked at each other. They pounded simultaneously three times on the massive entrance. It slowly began to rise. The chains groaned under its weight. I walked through into a breathtaking marble room. I massive chandelier hung from the ceiling. The floor was green marble with blue stone spiraling out from the center. The blue spiral widened gradually as it unfurled from the middle of the room. A gold door stood at the end of the room. There was an importance to it I couldn’t explain. It was guarded by two more sentries. Something was drawing me to it and I walked towards it.

I thought for a moment. “Nobody. I just walked in here.”

“Back away from the door.”

“Why? I need to get through that door.”

He grabbed my shirt, still wet from the river, and walked me back. “Back away from the door.” He was walking me to the entrance forcefully. “If nobody sent you, you aren’t getting through that door.”

I thought hard as he back-peddled me to the exit. Had somebody sent me? I tried to recall anything that could help me. A thought popped into my head, maybe something someone had said to me once. All he knows is stopping those who are out of line. “Wait! I have something to tell you.” He stopped. “People are coming. They are not doing their duties. I have been sent here to inform you of their crimes and help you stop them. They intend to take the fortress.” The two guards looked at each other. “They are coming right now!”

“You! Go check!” The guard hustled from the gold door across the green and blue stone to a side entrance and exited. Alone with the guard, I could have a chance at the gold door. I knew I needed to get through it. The guard was still holding me by the shirt. I struck him in the nose as hard as I could. He dropped, stunned, and let go of my shirt. I ran for the gold door across the room. The guard screamed for help and started after me. I reached the gold door and opened it. A stone staircase spiraled upwards. The guards had opened the entrance and all were in pursuit of me. I started up the staircase. It was long, crawling upwards into the sky. The sentries spiraled up close behind me. I kept going upwards and upwards towards where I knew I needed to go. My legs tired; my lungs burned. I took one step at a time, making sure not to fall and be caught. The sentries matched my climb, even in their armor. I reached a large door at the top of the spiral. Behind the door were my answers, behind me were my pursuers.

I ran up to the thick wooden door and heaved it open as quickly as I could. I hurried inside the room and pulled the door shut and latched it with the black iron lock. I turned around, leaned my back against the oak door, and slid down until my damp clothes rested on the stone floor of the quarters. I breathed a sigh with my eyes closed.

“You’ve come along way to get here, Benoit.”

I quickly sat forward and rose to my feet. A man with a long gray beard sat in a chair in front of a stone window. His thin white hair gently moved in the breeze.