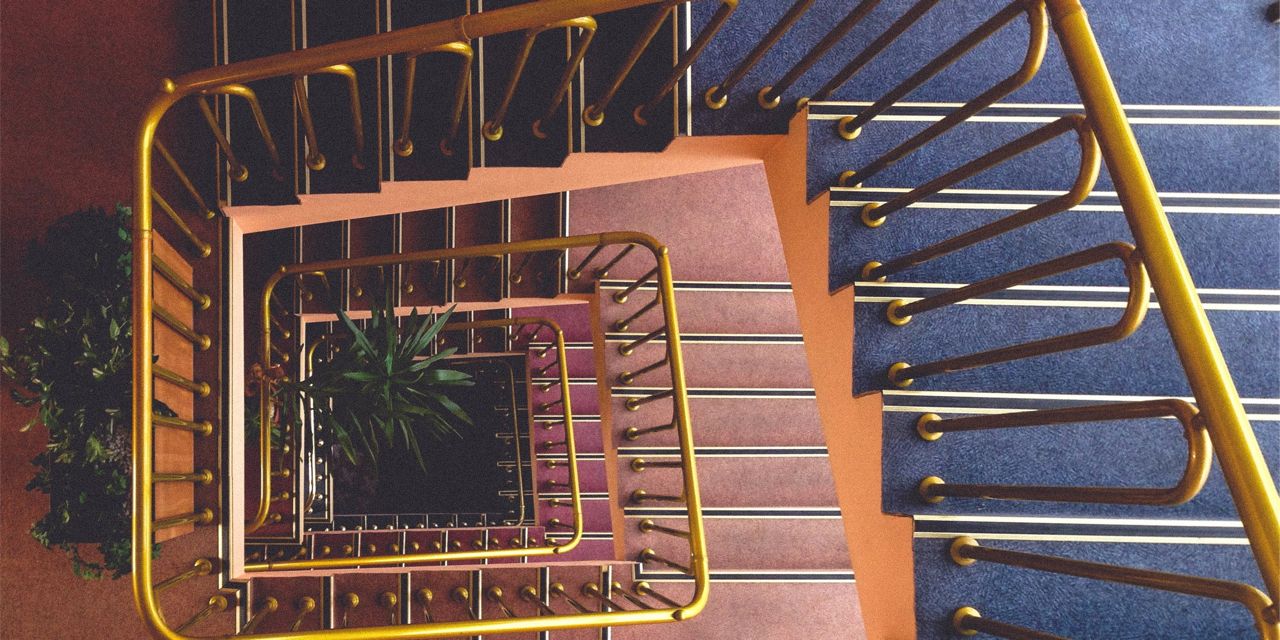 He murdered them one by one. Starting with his wife who had been in bed next to him. And then the twin daughters, sleeping in their rooms, with their perfect little blond heads. And finally the baby, only ten months old, in his crib. Then he took the blood-dripped knife and pointed it straight at his own chest and drove it into his heart.

Harold remembered seeing Mr. McCullers shuffling around the neighborhood then. He was always smiling a kind of creepy joker smile, like Pennywise the clown.

“Why hello Miss McGee,” he’d say and waved at Harold and his mother as he walked past their house.

“Now say there, your boy is growing up fast. Maybe he should come by one of these days and play with the girls. They‘re about the same age. You could come too and have some tea.”

“We’re really busy but maybe, sure. Maybe one of these days.”

Harold’s mother wasn’t sure. “Unctuous son of a bitch.” she said under her breath as he walked away. But Mr. McCullers was persistent and one of those days finally arrived and when Harold’s mother could not avoid it any longer she took the boy up to the old house on the hill.

The McCullers’s home was the nicest in the neighborhood. It sat on a knoll and stood higher than all the other houses and was painted white like the white house. “They paint it every year,” Harold’s mother said. It was big too, the biggest house around. Inside was like a museum and there were old paintings everywhere and antique furniture, which was wiped and cleaned every day. It was the heavily upholstered, plushy kind of furniture that fades where you sit and gets dust in the crevices. But these were not faded and did not have any dust. Everything was perfectly clean. Harold sat uncomfortably with his mother in the living room. Mrs. McCullers, small and nervous, offered the boy milk and a stale scone that was as dry as powder and crumbled like dust in his mouth.

“My girls will be home from bible study soon,” said Mr. McCullers. He smiled and winked at Harold in a way that made him feel chilled. Mr. McCullers’s face was red and covered in brown sunspots and he had a head of totally thin white hair. The edges of his eyes sagged heavily and the mucousy red lidded insides were visible.

The twins, faces vanilla bland and expressionless, came home and Mrs. McCullers ushered the kids away.

“Go show Harold your room girls, the adults are going to talk now,”

The twins’ bedroom was large and drafty and perfectly clean. Everything was in its proper place. Their bed had thirty or forty dolls- Raggedy Ann dolls and Cabbage Patch dolls and others Harold had never seen before but gave him the creeps. All those glassy eyeballs stared at him made and him feel uneasy. The twins and the boy had nothing in common, and so they spoke very, very little. Harold saw them every day at school but they never acknowledged him and had no friends that any one knew of. As soon as the children went into the room, the girls sat on their bed with all those dolls and silently brushed each other’s hair while Harold sat, feeling awkward, on the floor. They were like those little monkeys on the Discovery channel that spend all day preening each other in the sun.

There were loud voices from down stairs. “What? How dare you! No, that’s it, I’m leaving.” Then footsteps climbing up the stairs and galloping down the hall, “Harold? Harold! Where the hell are you?” called Harold’s mother. The Twins seemed not to notice. She was screaming but the huge amount of plushy furniture muffled her voice. A door opened, then slammed shut, then another door was opened. “Goddammit! This place is like fucking maze!“ she said. Then the door to the bedroom swung open and there was Harold’s mother, flustered and red-faced and angry.

“We’re leaving now!” she said and grabbed Harold by the arm.

“There’s no reason to get upset,” said Mrs. McCullers following Harold and his mother back down the stairs, “we’re just worried about-”

“How dare you!” she spat back, “How dare you talk to me about how I am raising my son. It is none of your god-dammed business, you hear? Don’t you ever say another word to me or to my son, ever!” she turned and with Harold in tow stepped out of the house and slammed the door behind them.

NEXT: The Wind Blew And The Old House Groaned, Part Three – A Murder

PREVIOUS: The Wind Blew And The Old House Groaned, Part One – The Damp House