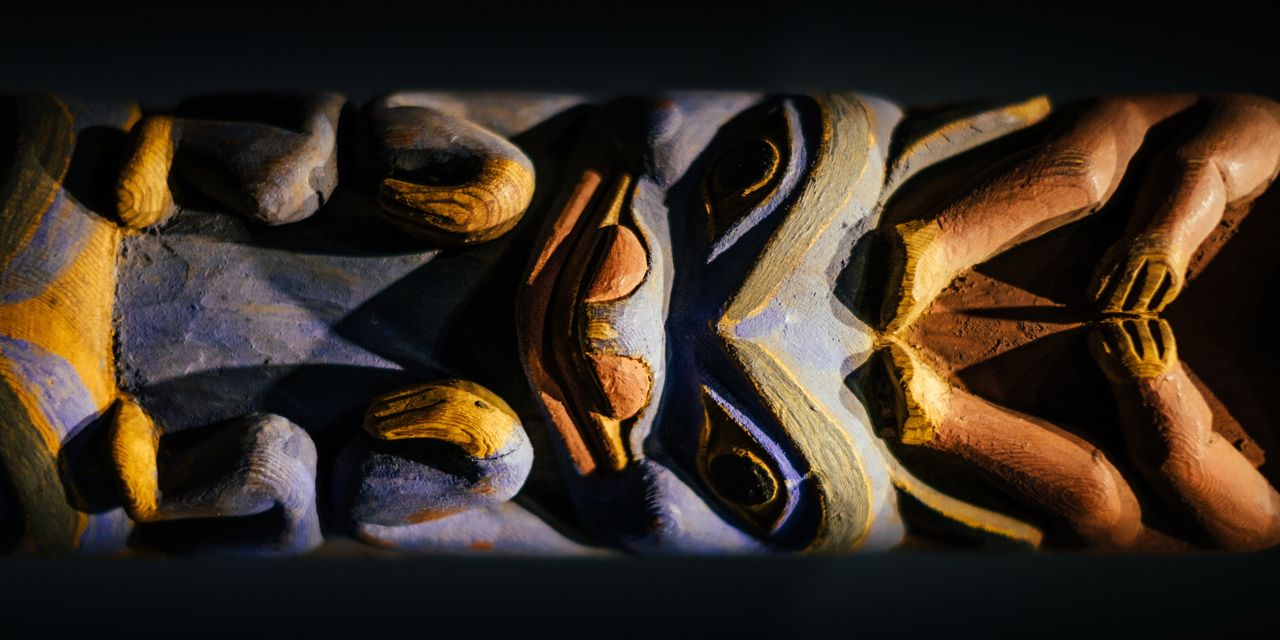 ‘Piss on them all makers and takers.’ Thought the Butcher.

He did need to piss and could not think of a better place in the world. It was pass midnight. Pass midnight he could take a piss anywhere he liked.

He positioned himself behind a purple female gazelle, did not look around, looked up, unzipped and heard the stream hitting various surfaces. It was speeding down the right back leg and was making its way through the plastic grassy field. What a beauty.

Tomorrow people would think that the smell was on purpose, to toy with their senses. Stupid drunk tourists. He could hear the fake grass crackling as he took a step away from the gazelle and zipped up his pants. Time to leave this purple world. The metaphor here? The deep meaning of thirty million in cost?

As the well-born artist anticipated most of the public got the point. The commonly percept universal meaning was easy, it was on the surface. You guessed it. It was the color aided by variety of mammals. Yes, yes, yes. The inevitable truth was that the direction that our global society had taken was towards an economical, political, cultural and yes racial unity. We were bound to all be purple in the very distant future. Way down the road when flying cars would be outdated and people would teleport everywhere. If you didn’t get that you should stop drinking.

The under meaning, deeper than the ocean was: dot dot dot. That balloons were inevitable part of our lives. You don’t think! Then go piss on the ass of a gazelle. That was the painful truth of love. Don’t worry if you didn’t get that one you can keep drinking. Keep tightening the balloon you live in.

The Butcher got it easy. All these riddled ideas born by artist, arrived detailed and beautifully illustrated on his desk. He got to veto their entrance into this temple of metaphors.

Moving along into the space in-between galleries. Also filled with mind-busying staff. Equally abstract or surreal or whatever it was they called them those days. It was certainly less so than the purple room, so a random ray of thoughts from the real world penetrated this fairy tale walk.

If he didn’t succeed in this challenge he would have to eat potatoes for the foreseeable future. Or worse.

Thankfully in the transit space the film segment playing looped to the beginning and sucked the Butcher right back in. It was a Croatian or Bulgarian or one of those. Subtitled. It went something like this.

Two dark characters were sitting in a restaurant drinking coffee. And. Sipping grappa very casually, grumpy and serious. Small talking, passing the time. Then it paned out to the entrance where three stocky meatheads walked in. The first one stayed at the door as first line of defense. The second split off and took strategic look-out position in the corner by the windows. The third walked up to the table showed great respect to the more timid of the two and handed him a wooden box. The other felt left out, glanced at both of them. The soldier bowed and walked outside taking a look-out and first line at the door. The arrogant looser looked at the box condescendingly, unaware of what was going on. The other shares that it was a bit of a dilemma fate had introduced to this otherwise ordinary day. He said that if his companion looked in the box he would be both advantaged and disadvantaged. Advantaged because he would know his secret. Disadvantaged because he would be a liability for him. He further elaborated that their friendship would either grow stronger or quite the opposite. His egocentric friend was not so confident any more. He was intrigued. He replied that a few people in this world were wise enough not to look in that box and he was not one of them. Cut to. A painting above their heads first undistinguishable but as they pan out he saw a banana holding a leafy carrot, holding as in dancing tango. Suddenly a muffled sound and splash of blood on the dancing fruit and vegetable strongly suggested that some definitive action had taken place. Cut to. The front entrance and the good gangster came out wiping blood from the box with his handkerchief. Loop.

The Butcher went on via a narrow passage paved all around with old limestone. It was a wine cellar. Antique furniture and wracks stocked with dusty, rusty bottles of the divine lubricant. Every stone had been excavated and shipped from an old winery in Italy. Rebuilt into the original design and carefully covered over with American dust. It looked so genuine that he wished he needed to piss more so he can bless it with more authenticity. Next time more coffee, he thought.

The desired effect was warm and cozy. After the modern fairy tail world and before the wickedness behind the bush. Yes the bush. The cellar just made him grind into a halt, a bohemian fantasy. Who did not want to have a wine cellar! Even if it was only to show off. If the wine was real he would open a bottle instantly. He was the law around there, the butcher with the biggest knife.

The exit of the cellar was an intentionally narrow opening, tightly covered in green bushes. Like a secret passage out of a castle. Tourists are romantics. Every single guest of the museum that took the second floor path went through there. They all felt like children at that passage. It was such a middle class sentiment. What lay beyond was the mind dulling part for them. The true art there was the manufacturing of their reaction. The contrast of emotions, the switch from bliss to confusion was the work of a master. A rich drunk master, I might add. Even the Butcher, could not guess what was behind those bushes. Even with the ocean of information at his disposal.