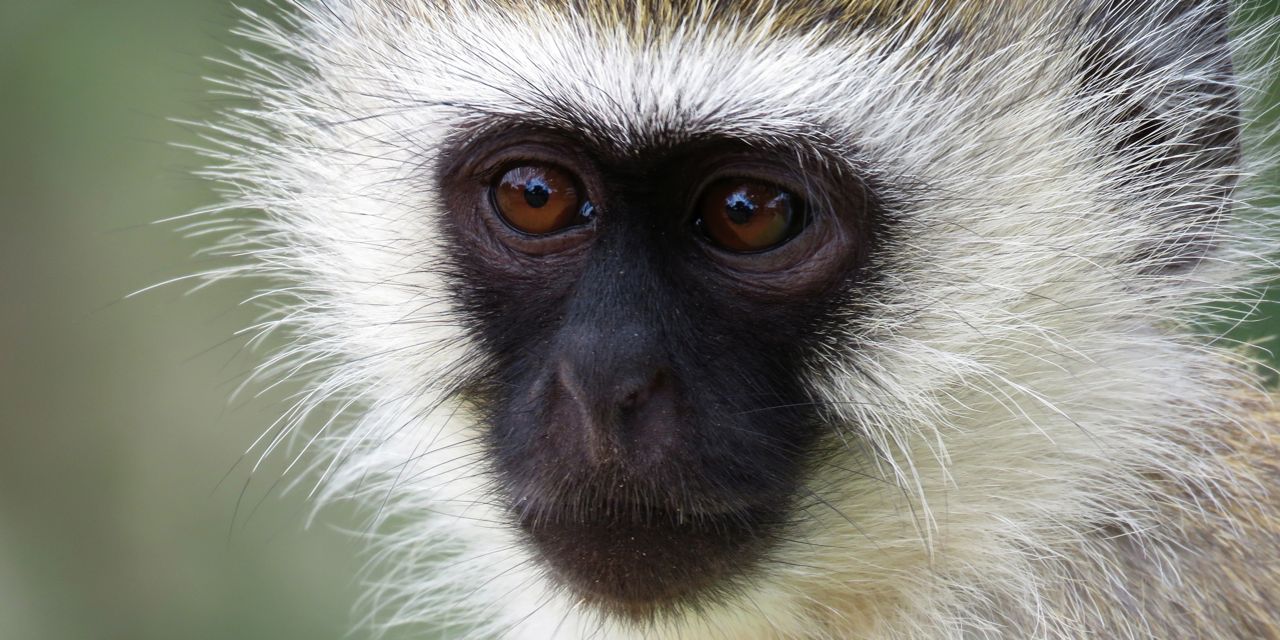 The Leopard ate the snake slowly in the tree, but the little meat it had only arose its appetite. It had been a long day and the wild cat had hoped for a larger catch, a gazelle or antipope. The sun went down and the Leopard fell asleep on the large branch letting the remains of the the snake to fall on the ground. During the night it woke only once, disturbed by a pack of hyenas who regularly inspected the grounds under its tree for leftovers. The hyenas didn’t linger much for there was nothing but bits of snake skin under the tree.

The morning came with the sun rising from the east and the Leopard climbed down and headed in its direction. When luck in hunting was in short supply the wild can resorted to ambushing a vervet monkey from a large colony that lived in the east forests. The vervet colony was vast and well organized but the Leopard knew its weakness was its complex social structure. There was always a vervet that was outcast or defeated in battle from a high ranking male. Those monkeys were weak and un-alert. The Leopard was counting on finding one for its meal.

The vervet monkeys lived in an hierarchical society a lot like giants. With age they gained more privileges if they were strong. If they won battles over mothers, they gain status and followers. The more followers they gained, the bigger battles they could fight for they would be aided by their friends if in trouble. Males picked their battled based on kinship and attacked outsiders often with the help of their kin. Females largely looked after infants and their status linked to a higher ranking males that they were allowed to clean of parasites.

The Vervet was out of luck since it was an infant. Its mother was killed by giant hunters and the baby was nursed by a female vervet that was young and unexperienced. When other infants were in trouble they gave a cry and their mothers leaped to them and saved them. When the Vervet was in trouble help was late and usually the delay cost it anything from a scratch to a bit off ear.

Climbing the vervet’s social leather was impossible without an entourage of friends and as it was costumery the marginalized males were send off to join another group of monkeys. The Vervet was cast away earlier than usual in search of a new family and wondered through the woodlands for a long time postponing its encounter with more aggressive males. Since it was often bullied and injured it grew accustomed to pain and battle and feared nothing. So when it encountered pythons and leopards it evaded them with skill. Unlike its piers it was not looking forward to find a female and bring copies of itself into the world. It knew its brand would be sniffed out and his offspring would suffer the same or worse. It spend its days alone often stealing loads of fruits collected from settled vervets. It collected the fruits into tree hollows and when they fermented it drunk the sweet wine. Drunk with wine it swung from a branch to branch for hours screaming its loneliness away.

After a while the pain of lack of social life grew too strong to bare and the Vervet fought its way into a group. It drunk more than usual and challenged a large male, a leader. The leader of the group would normally defeat a monkey its size and if it didn’t its entourage would help to drive the monkey away. But the drunk Vervet was unpredictable and produced sounds so frightening that the leader fell and its kin was too shocked to act.

The Vervet was noticed by all females on that very first day. And it soon fathered a baby and started a kin. It realized that the more fermented fruits it drunk or ate the more it was attracted to all females. So soon it had more babies than the oldest of the tribe. Its kin grew large and strong and took leading roles in the community but the Vervet itself was not interested in the social structure. In fact it despised it and stood away from authoritative positions.

It missed its life in the woods swinging from tree to tree in absolute freedom. So it often disappeared into the forest for days on end, searching for exotic fruits to ferment and experience an new different mind state. Other males avoided it for it had a explosive temper and spicy odor. When it was residing with the colony the Vervet took a female had a baby and slept in the trees to recharge it’s wary mind from the labors of drinking fermented fruits.

Its kin often tried to speak to it ask advice and offer their help in instituting it at the center of the colony’s political life but the Vervet dismissed them with condescending sarcasm.

One on of its returns from the bliss of loneliness the Vervet was sobered from the distinct cry that a leopard was in the vicinity. The alert didn’t bother it much and it kept swinging on the low branches with blurred mind. When it reached the gathering place of the colony in a clearing against a rocky hill the monkey saw its eldest offspring, second in command, arguing with the leader. All other vervets were in the rocky hill or in the trees nervously watching the confrontation knowing the Leopard was not far.

The Vervet entered the clearing and passed by the two monkeys making them pause for a moment but showing no interest in their argument. The Vervet climbed the hill and settled on a flat rock overlooking the clearing. It was dosing off when the leopard alert woke it. All the monkeys screamed in unison and increased its discomfort from too much fermented fruits. Soon the cry halted and grave silence fell on the colony.

But before it could get out of the monkeys’ range a large rock landed on its head and the Leopard fell to the ground. It was still alive but very dizzy and could not coordinate its muscles to get up on its feet. The Vervet judged the wild cat immobile picked up a large rock leaped from the slope and run to it. It climbed the Leopard’s jerking body and started smashing its head with the rock until the jerking ceased.

The monkeys were screaming during the beating but when it stopped, silence filled the clearing. The Vervet teared a piece of meat and bit on it. The rest of the colony climbed down and all monkeys took a bite of the Leopard. The Vervet left them there devouring the body, climbed a tree, swung to the next one and the next one until its arms could no longer hold on to the branches. It found an tree burrow that it had left some fruits to ferment and ate them all. Its head spun and the monkey walked aimless in the woods.

It came to itself a few days later when it had reached the eastern coast.