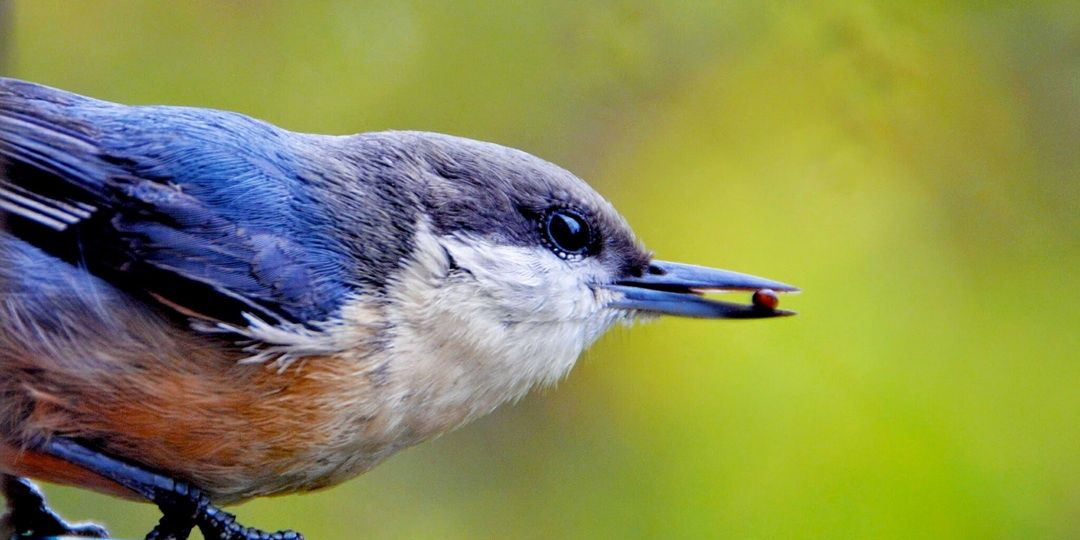 The Worm climbed off the white rock and started eating earth. It was half way under ground when a band of laughingtrushes flew up the high valley and landed around it. One of them bit the worm, pulled it out and tossed it back on the rock. The birds circled it and sharpened their bills on the white rock.

The Worm didn’t attempt to escape its fate. It curled leisurely and looked around. The birds were laughing. Only one of them was not in the circle. It stood on the side of the rock and didn’t laugh.

‘Go on, you useless birds,’ said the Worm.

‘Look at that our snack has a voice,’ said one and the rest laughed.

‘How can you kill living things and eat them,’ said the bird outside the circle?

‘How can you eat seeds that fall from the trees. They are living too, they would grow into trees if you don’t eat them,’ sad a bird from the circle and everyone laughed.

‘The seeds don’t have souls,’ said the Laughingtrush.

‘Yes, they do,’ said the worm. ‘Even the earth that I eat has a soul. The rock we are sitting on has a soul.’

‘A thousand pandas sit on face,’ said one of the birds in the circle. ‘Our snack is a sage,’ and all of them laughed.

‘Don’t eat it,’ said the Laughingtrush.

‘They have to eat me,’ said the worm. ‘It’s normal, it is how the soul of nature works.’

‘How does it work sage,’ laughed on of the birds in the circle?

‘I eat earth, you eat me, the snakes eat you, the tigers eat the snakes.’

‘How about the rocks, where are the rocks in your chain?’

‘The rock outlive all of us, they see us come and go. They see us disrespect them but silently know we will be gone and forgotten and they will still be here.’

‘You worms live alone, who taught you this and who do you teach it to worm?’

‘Solitude and hard work taught me.’

‘You are the first.’

‘A thousand tigers eat my feathers, what use is your soul if you don’t sure it,’ the birds in the circle laughed.

‘Please eat me,’ said the worm. ‘I will come back as a dragon and burn your tree in one breath.’

‘Come back as dragon?’

‘Come back as dragon!’

‘A thousand giants with sling shots!’

‘What do you mean come back as a dragon?’

‘We are all reborn after we perish. Our souls live on into new form.’

‘I want to be a rock. Solid and eternal,’ said a bird.

‘But rocks do nothing.’

‘But they live forever.’

‘So if you do nothing you will live forever.’

‘Rocks don’t live forever,’ said the worm. ‘They too crumble and turn to dust.’

‘I don’t believe that. It’s impossible for this rock to crumble.’

‘When you look at a seed, do you think it’s possible it will grow into a tree,’ said the Worm?

‘No, sometimes seeds grow into flowers.’

‘Let’s eat it already,’ said a bird from the circle!

‘We can’t eat it. It will come back as dragon and burn our tree.’

‘A thousand dragons! That is impossible!’

‘Eat me and you will find out.’

‘There are other worms we can find.’

‘Eat me damn you, that is your right.’

‘See, the worm knows it will come back for us that is why it’s insisting.’

‘This is the valley of dragons,’ said the Laughingtrush outside the circle. ‘It is likely, let’s go back to the forest.’

‘Eat me you coward! Eat me or let me go back to work.’

The laughingtrushes flew away and never looked back. The Worm went back to work. The Laughingtrush separated from the group and vanished into the forest.