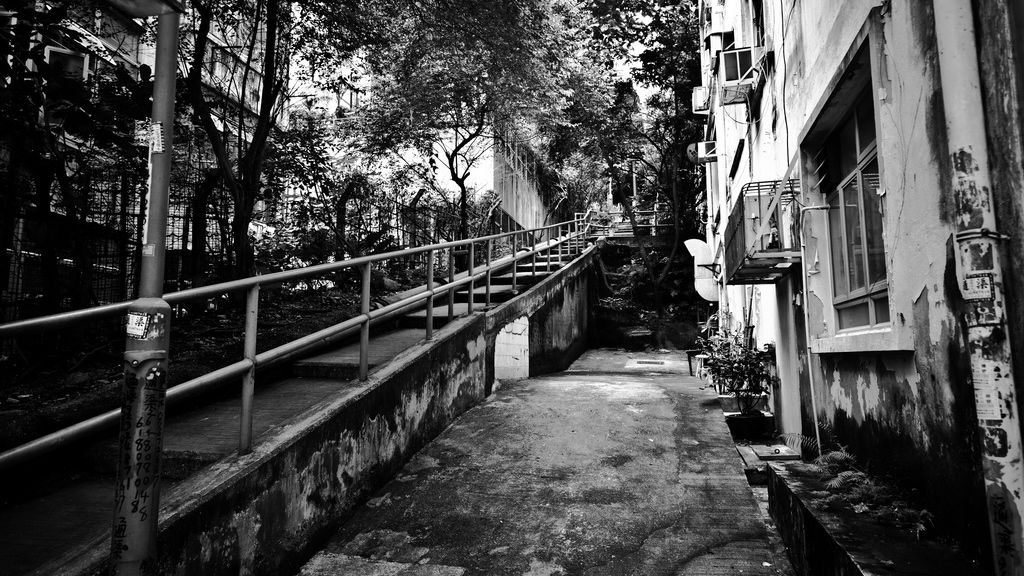 “I found a dog today,” said Aaron. “He was walking around near where the subway used to be. I tried to call him closer, but he was scared of me. I put a little food on the ground and he came closer to eat it. I tried to pet him, but he bit my arm and started growling.” He scratched at the scabs on his arm through the holes torn in his shirt. “Why did he do that? I was trying to help him. We could help each other.”

No one answered. Aaron’s small voice was the only sound in the gray, ruined city. Grubby, skinny, and wearing clothes many sizes too large, he sat on the ground in front of a caved-in department store. The only thing left of the expensive boutique was a mannequin standing in the shattered window. Its clothes were torn and caked with a layer of ash, but it miraculously still stood amid the surrounding desolation.

“Anyway,” Aaron continued to the mannequin, “I went into a house today that was near ours. I found some tuna and a can opener. I took both, but I don’t like tuna. I ate it once, but you said I didn’t have to eat anymore because I thought it was gross.” He paused, drawing circles in the dust with his finger. “But it’s all I could find. Could you please ask God if he can give me some more food?”

Aaron stood and brushed the accumulated grime from his clothes. He put his small bookbag on and turned to the window.

He waved, then plodded down the street. He could see his footprints in the ash from yesterday. A smiling face he had drawn on a doorway was still beaming at him months later. The world had already fallen into rubble. Nothing changed.

Aaron walked six blocks and turned a corner to face a pile of debris blocking the road. Undeterred, he re-adjusted his gloves and began to climb the mountain of concrete and slag. Like unorthodox stairs, the pile led almost directly to an open window on the fifth floor of the building, at least thirty feet above the sidewalk. It was the only way in and out of his parent’s apartment; buried somewhere under fifty tons of crumbled rock was the front door.

Climbing carefully from the radiator to the floor, he instinctively stepped over where he had left his Lego sets and Hot Wheels. Aaron had pulled his entire toy chest into the living room because a bathtub, filled with dirty water, had fallen into his bedroom, tearing a gaping hole into the ceiling above. He piled blankets and his stuffed dinosaurs onto the couch, which turned out to be more comfortable than it seemed.

Aaron hoped that nothing had disturbed his parents’ room. He wasn’t about to check to make sure.

“I really don’t like tuna,” he said to the empty room. Picking up a stegosaurus, he began talking to it instead. “I have a lot because I kept finding it and putting it away because it was gross. That’s why I have so much of it.” Padding into the kitchen, he opened the lower cupboard to face eight cans of assorted brands. Aaron scowled at it before letting the door fall shut.

“Dad was really good at finding stuff,” he said, tucking the stegosaurus under his other arm. “One time he brought back dog food. Remember? He said there was a lot of it because people thought they couldn’t eat it. It was kinda okay, but it made me sick and mom got mad at him.” He bit his lip and glanced out the open window into the dead static of the morning. “Maybe I should go look for some.”

Instead, he kicked off his shoes and curled up under the dirty blankets like a nest.

“I’m not hungry when I’m asleep, though,” Aaron said to the stuffed animal, “so that’s good, I think.”

He was asleep within five minutes.