The Baker, The Butcher and The Brewer, Part Five – The Brewer 2 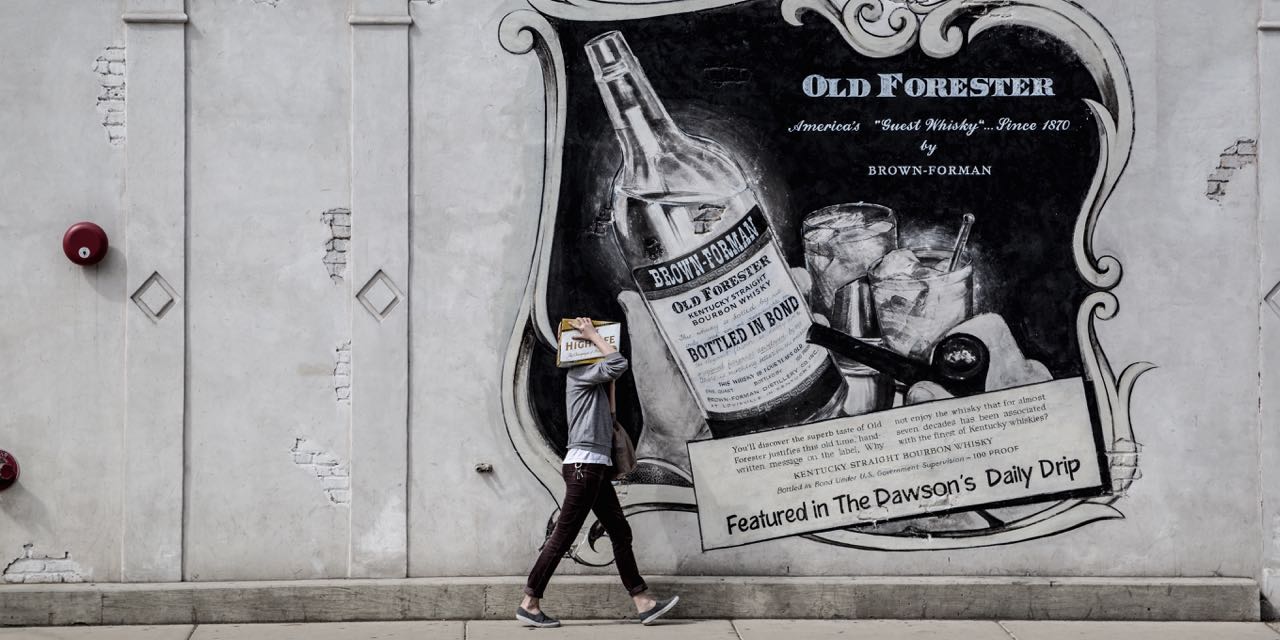 Me. The Narrator. I am just a humble old bottle of scotch with a few abstract ideas. I grew to desire to have thick shadow, like men. Not the transparent light alternative of an amber colored spirit. Not an easy task but not impossible. After a century of deep thought and some trial and error I found I could incarnate into men. I could infuse them all my thoughts, ideas and aspirations if I choose to. I smelled immortality. My intellectual self could live forever.

Life had been out of my reach. But! No longer. I had found my first portal into the world of men. The Brewer. Bright but incapable. Intellectual with a weak infrastructure. He used the whiskey as a blanket to put over his head. Overactive heads like his need ideas, need constant work in order to handle being.

Everything I have learned on the topic is from my two long-term owners. The first was a slow teacher, a mountaineer, world traveler, mathematician of life. He believed in evolution, in subconscious infusion of droplets with poetical precision.

‘Do you know any poems by heart?’ Was his favorite control question. He knew most people didn’t. But. Their reaction to the question was unique and told all. The few that answered ‘yes’, were some of the most interesting encounters. Inspiring chats with them would serve as pillars holding his castle high above the ordinary routine of life.

My second mentor is somewhat familiar to you. I know him mostly in his middle age of idealism. Revolution was his only solution. He believed in the strange. He believed that wit and determination could solve any equation.

If asked. ‘What is life all about?’ Which happened more than often for he had the air of a man who knew the answer. He would say.

‘Punctuation, it’s about the commas, the full stops, exclamation and question marks being where they belong. It’s about placing them right.’

Over time he changed. He had befriended a dark character. He grew darker himself.

‘I was almost out of shirts. I put a black one on. It made me wish for a cigarette. I lit one and walked out glowing with darkness. As I walked by the mailman I felt immortal. An irreversible urge to drop the burning poison in his cart full of words on paper exploded in me. I turned back a minute later and watched it burn. I smiled inside.’ Archibald archive.

His success had intoxicated him to a damaging extent.

I am glad I am not capable of intoxication. But. My host was.

(Too many choices slow and dilute you down. Discipline can prevent you from even noticing most choices. The kind of discipline planted in you from the beginning. Discipline from a carefully engineered seed, planted in a pot, nurtured and groomed. Subconscious discipline designed by the sunlight from the same angle every morning, methodically watered and talked to. Cultivated by a poet. A master gardener with no other hobbies. The kind of discipline that can only be created by biochemical luck. By nature itself, parented by the sun and the wind. Whispered to by true love or excruciating pain. For everything in-between would be imperfection. It would have been subjected to some degree of distraction. Distraction we call life. Equivalently! The closest alternative is to burn everything! This is what I did to incept my first adventure in the world of men. To begin my seamless presence in the choices of the Brewer.)
The Brewer was licking away his breakfast painfully aware of the sharp turn he was about to make. The morning was the climax of anticipation. Enough centers of his mind had been occupied by rebellious ideas to tilt his idly comfortable life. He had made a majority backed (neuron majority) decision to quit his day job and join the wind for a dance.

(I have been working hard on persuading these neurons to do the right thing. If reason didn’t work I sent a band of partisans to rape their wives. If that wasn’t enough I paid them.)
The Brewer traveled nervous but with ballooning confidence, inspired by uncertainty. He walked in the sterile dull colored office building on autopilot. As soon as he saw the misery on his colleagues’ faces he felt better. He was not one of them any more. What they dreamt of he would manifest to the world. He knew the truth about dreams. Somehow over night he was enlightened. That is how he comprehended his change of heart.

He swam across the morning ocean of coffee slurping and yawning. On the other side was salvation. He entered his boss’s office without ceremonies (knocking or pausing at the threshold). He shut the door behind him and sat in on of the chairs in front of the big desk.
‘You didn’t pay attention in school or something! They didn’t teach you to knock.’ His boss was frozen in the act of adding sugar to his coffee.

‘I paid attention in school but I can hardly pay attention at life.’ Started the Brewer.

‘What is this? You didn’t take your vitamins or something!’ Condescended the man behind the desk.

‘Vitamins are a luxury I cannot afford. I don’t want to afford. I pray to die young!’ (I added this last bit to amuse myself.) The Brewer was surprised of himself.

next: The Baker, The Butcher and The Brewer, Part Five – The Brewer 3

previous chapter: The Baker, The Butcher and The Brewer – The Brewer 1

first chapter: The Baker, The Butcher and The Brewer – The Baker 1