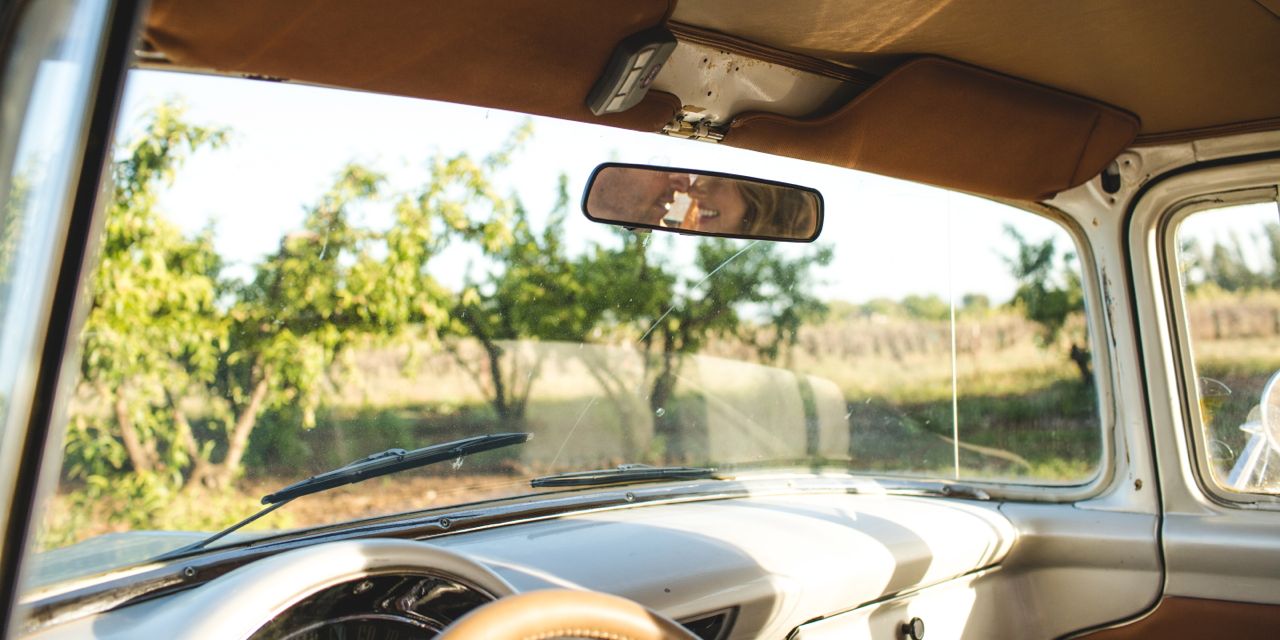 No one ever remembers the eye color of someone they just met. They might notice it, but it never sticks. Not because it’s unmemorable, but because you’re brain isn’t trying to remember it. I didn’t need to memorize Celeste’s eyes. They were blue, like a pure blue that didn’t have any other colors tainting its intensity. By her pupil, there was a perfect gold circle, with small gold veins running into the rest of the iris and then disappearing. Looking into them was like watching a sunrise, and they gave hope for something better like the first light of the day. When she smiled, the colors would only become more vivid, and I couldn’t stop but smile myself. She was like that.

Celeste was the first and last girl I loved.

My first car was a yellow coupe. A soft yellow that could be called a cream color in the right light. It was a car that didn’t ask for attention through being flashy or the opposite. It blended in on the road. A car someone would see and have it immediately disappear from their thoughts. The coupe was my favorite of the cars I’ve owned. Celeste would always sit passenger side. Even if someone else called “shotgun,” she would just act like she didn’t hear it. We would go on drives every day at dusk. I’d pick her up about a half hour before the sunset and drop her off an hour after. We’d sit with the windows down. The breeze would travel from one end to the other, and the group of hairs just left of the center of Celeste’s head would float with it, in a rhythm.

The discotech poured red light onto the sidewalk and street in front of it. On Friday nights, Celeste and I and some schoolmates would go there. I didn’t dance but Celeste loved to. I’d hesitantly stand by the bar, as she would drift from corner to corner on the dance floor, reaching out to me. She’d smile, and I couldn’t not go out to her. It was a well-established pattern, but as in most traditions, you just do them because that’s what you know. I’d sheepishly walk out to her, as she would stay smiling, now just pleased with herself for winning. Though, anytime she won, I did too. We would stand next to each other, Celeste looking elegant, and me looking exactly like what I was, a guy with no business being on the dance floor, or even in a club for that matter.

Indigo light slipped under the crack of the bathroom door from the night-light meant for Celeste’s younger brother. I snuck into her room, having slipped in from the side window. She sat up in her bed, awaiting my arrival. There was a weaker smile in place of the one I had grown so accustomed to. The darkness of her room hid her eyes. The next day I was to move a state away with my mom after she left my dad. I told Celeste to not worry, I’d come back. She said she knew as tears reflected foreign light. With the tears, her eyes became a deeper blue and left me without words. She made my soul hurt and my body useless, and I knew I couldn’t leave her.

I watched the street move behind the car and said my final goodbye to the only home I had ever known or belonged to. Celeste’s house passed, and I watched it go by. For some reason I thought she would be out there, and we’d watch each other disappear simultaneously. She wasn’t though. I didn’t understand why people said grass was greener on the other side; it all looked the same to me. I guess that was more disappointing than anything. I was grayer, and I wanted to be able to blame my surroundings. My mom told me this was good for us, we could expand our horizons. I didn’t agree, and she didn’t care.

There was orange paint dripping down the side of the phone, still slightly wet. I wasn’t huge on my hand being sticky, but this was the only phone box around. Three dial tones vibrated into my ear, and then silence. And then I heard her voice. It had been three years, and she sounded the same. The hair on my neck slowly stood up. I could hardly speak through my smile. Only an airy noise came out and Celeste knew it was me. I stood in that booth for over an hour, surrounded by dirty glass and urine.   It was the best quarter I ever spent. I told her I was coming home, and I left immediately, in the same yellow coupe it had always been.

The tires kicked up dust and gravel as the surrounding became familiar. These, these were the grass and the trees and the houses that I remembered and I knew and I wanted to be near. Night was coming on, the sky glowed a gentle violet hue. My old house had been repainted, and it looked much better than before. I parked my car on the street between Celeste’s and my old house. I grabbed the rose I bought for her as a last ditch effort to impress her. The sun was just beginning to disappear below the horizon as my knuckles made contact with the door. I waited, and when she opened the door, I was lost in her again.