A Deal For The Rest Of Us 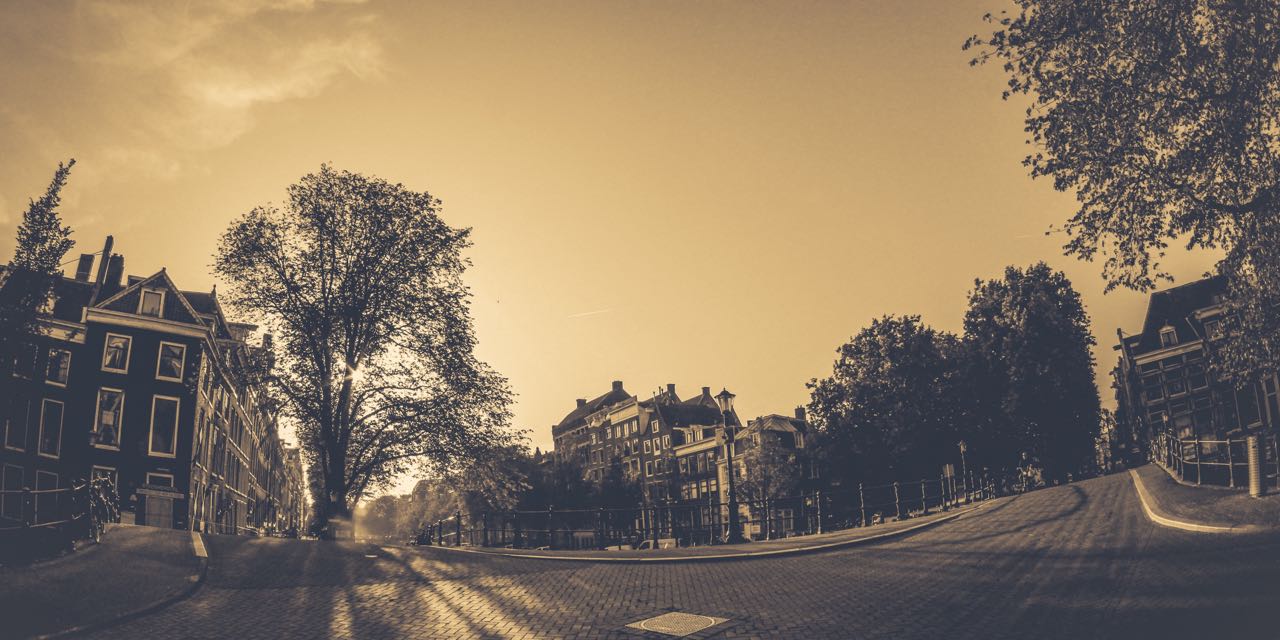 He hung up the phone and paused, trying to consider what the discussion could be about. His desk had a small pop-up mirror and he flipped it up and checked his hair, gave it a quick once-over with the comb he kept there, and then straightened his grey suit coat and tucked his crisp white shirt back into his pants. He pointed at the mirror and pantomimed a gun’s kickback with his finger and made an almost silent clucking sound as he kicked the inside of the desk knocking the mirror down with a practiced movement. Walking to the door, he glanced side to side and confirmed that no one saw him. Despite not wanting anyone to see him shooting the mirror, he liked that image of himself; Tom Cruise might have done the same thing.

Mr. Donelson’s office was wide – really more of a conference room. He stood by an easel on the far side of the room.

“Brian, it’s good to see you. I’ve got a little job that is going to need to find its way to the top of your pile. This here is our artist’s rendering of one of our real stand-out projects, Redhills Square on Story Street.”

The picture on the easel looked like thick-colored pencil and showed two large buildings on either side of a road, well-behaved but slightly sassy trees lined the block. The buildings were almost identical, made of vibrant blue glass nine stories tall, with a single red panel running the height of both buildings in the front. Wisps of pleasant faceless people walked and played on the street, one diverse group seemed to radiate joy as they looked at a nondescript storefront. The littlest shape ate what looked like an ice cream cone. After giving Brian a moment to admire the artist’s handiwork Mr. Donelson continued.

“We really think we have a winner with this one, it’s an up and coming part of town and these days the millennials love these mixed residential commercial communities. We already have tentative buy in from Starbucks and Urban Outfitters to set up shop. Ground surveys report no contaminants, and it should be an easy construction. Seventy five luxury units – that’s a lot of dough, not to mention 60,000 square feet of retail.”

“Looks amazing. When do you think this is going to open? I might need a new place pretty soon and Stacy would love that,” Brian replied enthusiastically. He immediately regretted being so over the top when he considered the disgust Stacey has toward this type of place.

“Well that’s where you come in. We have purchased all the properties we need, except unfortunately for one holdout.” Mr. Donelson flipped the picture over to reveal an overhead architect’s diagram of the block as it currently is – a series of houses with backyards and a small wooded area where the new street will be.

“The gentleman who owns this house is really old school – I guess he grew up there or something and doesn’t want to sell; he is really jamming us up. I need you to get him to sell, and I’m giving you broad discretion on how you do it. I don’t think I need to tell you how much he could squeeze us for if he was a real prick.”

Brian was a little nervous; there was no telling with people, and maybe this guy had an agenda. Or maybe he had some single traumatic event as a child that screwed him up about this sort of thing forever. On the plus side, money has a certain way of easing these conversations he thought to himself with an invisible chuckle before leaving.

Arranging a meeting with Mr. Conner took time. His number already was on file from the initial research done to make the first offer, but he still struggled with the concept of a cell phone. Somehow a retired person was too busy to have a 20-minute conversation until next Thursday, and – since he hated Starbucks – the meeting would need to be at his house. Brian arrived right at 3:00 p.m. on a cold, drizzly day, the ground covered in pungent mushy oak leaves.

“Mr. Conner, so good to finally meet you – believe it or not, I’ve heard a lot about you.”

He started off with his practiced friendly demeanor, which was enough to at least get him inside the house and an offer to sit in the parlor on puffy floral couch over a thick ivory colored carpet.

“Yeah, probably from that jerk that came a month ago; I already told him I don’t want to sell. I’ve lived here my whole life and I don’t see any reason to change that now.”

Mr. Conner sat down on a couch in his living room with a cup of coffee. His large but droopy frame matched his tired green sweater.

Brian clasped his hands together; tried his best to sound like a handy everyman.

“Believe me, Mr. Conner, I understand your position; it just about took a crowbar and a tractor to get me out of my home when I moved in seventh grade. I’m sure you figured this out by now, but I wouldn’t be coming back to you unless I thought this deal was very important.”

The old man across from him almost slammed down his coffee from anger.

“No, how many times do I have to tell you people? I’m not selling this house, and that’s final. Do you know how long I spent redoing the railing on the front staircase? Then the upstairs bathroom, I had to completely redo the plumbing and every other little thing up there. No – it’s not an option.”

The young businessman craned his neck back and made himself look visibly shaken and sympathetic.

“Well Mr. Conner, I’m sorry you feel that way and I apologize for taking up so much of your time. I can tell you have quite an attachment to this place. Just out of curiosity, have you ever given much thought to how much a nice house like this may be worth on the open market? Our guys came up with a number. They think $350K would be fair. But my boss went a bit further; he authorized me to pay above that rate.”

Brian leaned forward trying to act nonchalant, even though he could feel his comments hitting home.

Mr. Conner quickly picked up his coffee and sipped it to try to hide the look of amazement on his face. Those guys must be off their rockers, he thought to himself while trying to act calm. Lucey’s house down the street just sold for $215K three years ago. He knew his house was a bit nicer, but he never imagined $350K!

“Well, how much more are you talking about?”

The old man was floored and couldn’t do much to hide it. With that kind of money he could buy a nice place in Northam, near his sister. Truth be told, half the people he knew growing up were already gone, or dead, and the place was falling apart in more ways than he cared to admit. It was getting to the point where he couldn’t fix stuff himself and those jackals would sooner skin him alive than actually give a damn about fixing his pipes the right way.

“Well what about finding a new place? And all my stuff? I don’t suppose you are going to come in and move it for me?”

Brian laughed uproariously at what possibly could have been a joke. After slapping his knees for good measure he resumed the dealing.

“We have a working relationship with Connie Chung Real Estate – have you heard of her? She is quite good and of course we will cover all her expenses; you can pick out any moving company you want and I can cover that, too. These days, they have full-service companies that even pack up your stuff for you. Every single moving expense will be covered. The only thing I need is for you to be out of the house by the first of December. Does that sound fair?”

The old man grumbled. This wasn’t how he expected the day to go, but the offer was almost too good to be true. He considered playing hardball but somehow the thought disgusted him.

“You got yourself a deal.”

“Fantastic! I’m so glad you came around. I know you made the right choice. I’ll come around tomorrow with the paperwork and we can get this finalized. Until then, stay dry out there – it’s raining cats and dogs.”

He stood up to leave and admired a photo hanging from the wall of some sort of grandchild.

“Cute,” he said, before walking out the door.

Demolition was done by mid-February and work was mostly finished on the piles and foundation. The grand copper art deco arc over Story Street was already finished and was beginning to form its distinctive green color. Brian walked into a quiet coffee shop with a good view of the site and ordered a large Americano. Even though he had little involvement in this stage of the project, he still relished the opportunity to see his hard work in action.

A crew of about a dozen men in baggy grey Carhartt sweaters worked around a portable crane securing lines to the much more massive crossarm of a tower crane. When everything was double-checked they hoisted it up into the air and carefully maneuvered it to its prepared foundation. Although the work was fairly easy, every step on the way had to be checked and rechecked to make sure no mistakes were made that could cause disaster later. Content that the top of the crane was secured, the crew activated its internal hydraulics and the crane raised itself a good 15 feet into the air. Using its own arm, it picked up the next part of the tower from a waiting flatbed truck and brought it under itself for the men to bolt into place. It took about half an hour but the structure was ready to repeat the process and the hydraulics hoisted the cross arm up into the air again so that the only thing underneath it was a 15-foot section of hydraulic lifts and the single piece of the tower already installed. The grace of something so powerful was almost unimaginable as it hoisted the next section up and moved it underneath itself to be attached. The process repeated itself to Brian’s amazement and amusement. It took the greater part of a day for the crane to fully construct itself and get tested for safety.

Brian checked his watch; he had to go. His coffee was long gone. Grudgingly he stood and tossed the cup out before heading to his car to go to his next meeting.