Elena Ferrante: The Story of a Name 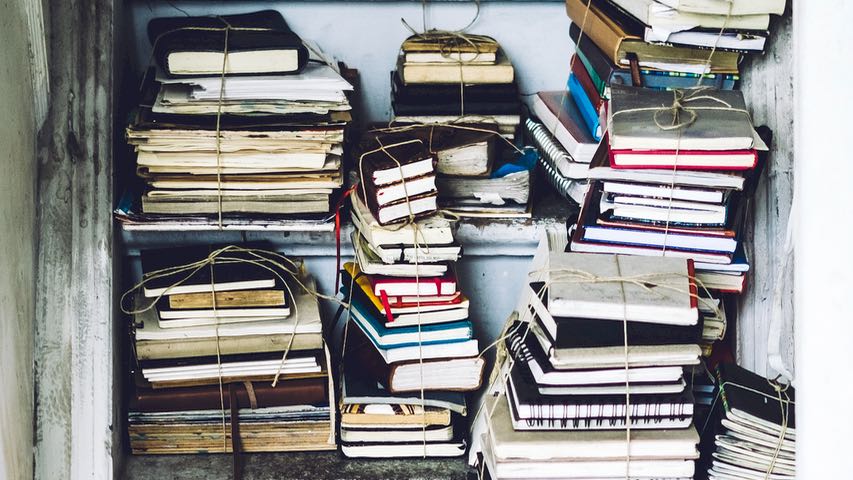 What does Elena Ferrante have in common with Mark Twain? How about George Sand, George Eliot, C.S. Forester, Ford Maddox Ford? Who are these people? Aaron Wolfe, Anthony Burgess, Anne Perry, Ayn Rand, Guillaume Apollinaire? Sure, all writers and poets. That much we know. But what else? What other thing binds these people together.

If you are an avid lover of modern literature, than perhaps seeing Elena Ferrante’s name on this list might give you a clue. You may have read Troubling Love, Days of Abandonment, the Neapolitan Novels. And even if you have not, if you are in any way aware of contemporary literature, you are going to be familiar with her name. And so based on this, you may have immediately figured out all of these names are nom de plumes. In some cases, we already know their narratives. We know the stories of Mary Ann Evans, Wilhelm Albert Włodzimierz Apolinary Kostrowicki, and Amantine Lucile Dupin. How about Eric Arthur Blair?

Elena Ferrante’s story? Not so much. At least not the person behind the name. So what do we know? Only what has been told to us; Elena Ferrante is a pseudonym, that she is Italian, from Naples, perhaps middle-aged, probably a mother. And although there have been some wild stabs at her identity – a famous male author, a Neapolitan professor who lives in Pisa in the nineteen sixties, and – most recently – a Roman translator of German literature – the truth is we know nothing. And that is exactly how Elena Ferrante and her fans want it.

“The wish to remove oneself from all forms of social pressure or obligation. Not to feel tied down to what could become one’s public image. To concentrate exclusively and with complete freedom on writing and its strategies.” – The Guardian.

This quote from Elena Ferrante is the fundamental truth behind why she, or any artist for that matter, would choose a different name, an alternate personality. Could Bob Zimmerman have written all those great songs if he hadn’t become Bob Dylan? Would Seasick Steve be the phenomenon he has become if he had remained a session musician named Steve Leach? How about John Anthony Gillis? Marshall Bruce Mathers III? Aubrey Drake Graham? All of these people are not who they claim to be. And in doing so, they have created characters for themselves and are able to transcend the limitations of their histories through their art. They are artists. But they are also people. People who hope their work will stand on its own. Speak for them. But its not enough, we want more.

We are in love with the cult of personality. Remember A Million Little Pieces? James Frey was a publishing phenomenon. His book was an Oprah Pick, a New York Times Best Seller, and considered one of the best nonfiction books of the year. Then, an article published on January 8th, 2006, on The Smoking Gun revealed that not everything in the book may have been true. Soon after, it all came crashing down. James Fray claimed in interviews that A Million Little Pieces held essential truths about his life, even if much of it was made up. But we as a society could not stand that it was not real. That James Frey was not as truly fucked up as he claimed to be. That essentially, the book was fiction.

Why is this? Why the need to find out as much as possible behind the work, the art? Shouldn’t the art be enough? Is Gravity’s Rainbow in any way diminished because Thomas Pynchon refuses to give interviews? Be photographed? How about Catcher in The Rye? To Kill A Mockingbird? An argument could be made that these works are elevated because we know so little about their creators. Know too much and the artist overwhelms the work.

Many people I know hate Ernest Hemingway, despite never reading him. Hemingway elicits many emotions. In some cases, hagiographic. In others, vitriolic. There are men who visit Pamplona every year during fiesta who do so simply because of the Sun Also Rises, a relatively slim novel written almost a hundred years ago. What drives those emotions, even more than the works themselves, is the man himself. The work no longer stands on its own. The man has risen above the work as an object. Is the impotent Jake Barnes a stand-in for Hemingway? Who is Lady Brett Ashley? How about the maligned Robert Cohn? We know the answers to these questions. The Sun Also Rises has been disseminated to such a point that the identity of all the characters in the book are known to us. Is the Sun Also Rises elevated because we know who they are? Or diminished because perhaps we know too much?

How about he phenomenon that is Karl Ove Knausgaard? Here, there is no pseudonym. Not only that, but all the “characters” in his My Struggle series are real people whose real names appear in the books unchanged. In real life, Uncle Gunnar is Gunnar Knausgaard. Brother Ingve is real life brother Ingve Knausgaard. Ex-wife Tonje is real life ex-wife Tonje Aursland. And the character Karl Ove Knausgaard is the author himself, completely unvarnished, in all his pale, masturbating, pre-ejaculating, self immolating glory. So when we read about Karl Ove –his problems with alcohol abuse, fits of shame, teenaged lusts, and sexual mortifications – we know this is not a fictional character’s failings, but the failings of the man, the author himself.

Are they great books? Are they even good? That is not the point. They are real. The person is real. Perhaps our desire to read about real people, no matter how banal their lives might actually be, is fueled by today’s obsession with reality television, tabloid magazines, prime-time television. This is old news. But it’s important to know. To be aware. We no longer want fiction. We no longer want art. What we want is art to be the artist and the artist to be a train wreck.

This brings us back to Elena Ferrante. Recently, an Italian journalist has claimed to have discovered the identity of the person behind the name. Claudio Gatti has spent the last year digging through tax returns, real estate deals, and financial records, and has surmised, based on his findings, that Elena Ferrante is, in truth, Anita Raja. Why does this matter? Well, for one thing, although a work of fiction, many consider the novel’s narrator, Lenù (short for Elena), to be a stand in for the author herself. Much of what is assumed about the background of Elena Ferrante has lent a certain amount of weight of truth behind the novels. The fact that Anita Raja is not from Naples, not from a tumbledown neighborhood of peeling paint, old shoe shops, and plebes, strips away some of the all important street cred from the author and the work. Or worse, the sort of cultural appropriation lauded as necessary by authors like Lionel Shriver, but derided as insensitive and ignorant by critics who believe that writers should only “write what you know.” It is undeniable that Elenda Ferrante knows her subject matter. But part of the appeal of the Neopolitan novels is the assumption that like the My Struggle series, they were autobiographical. What Claudio Gatti may have revealed, is that they are not.