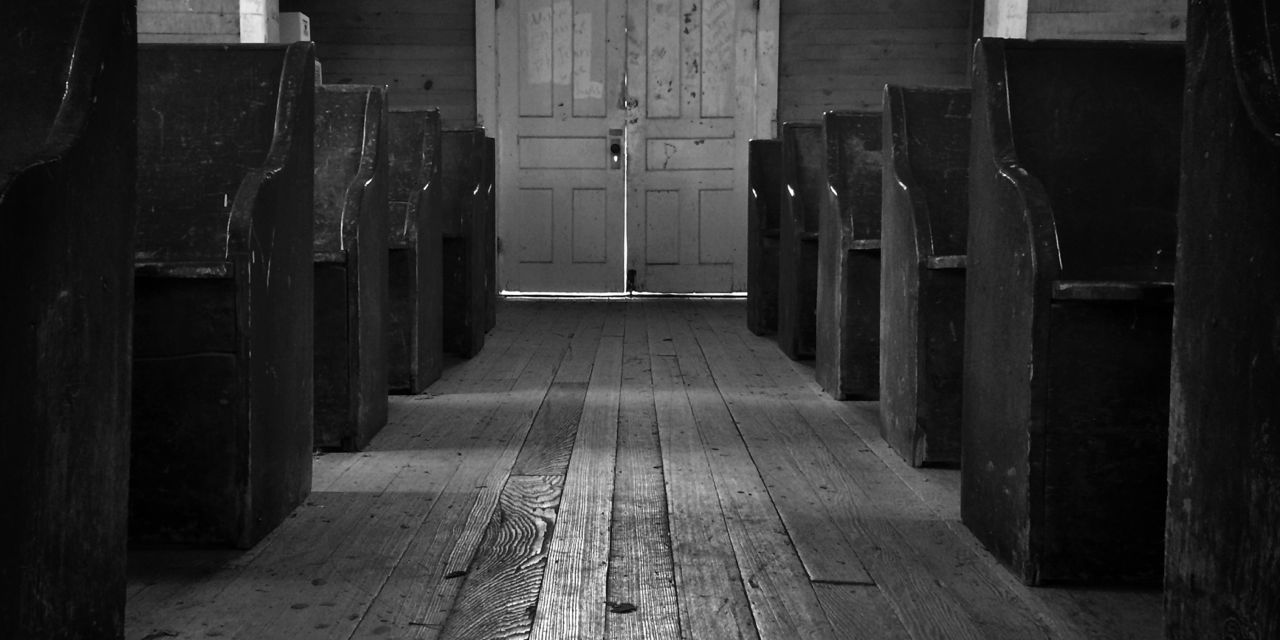 Esther pinched her shearling’s collar tight to her neck, stood dazed and stared at the grey pavement before her

as if it were possible to pull up and fold the cement like a blanket.

It was only the wild, cold, whipping wind that forced her shivering limbs onward toward any hope.

and marveled once again at the lettering: The Holy House of Prayer,  Pastor and founder, Rev. L. Sangster.

Memories of her youth flooded and passed before her.

There in the red velvet pews, she had stood and walked down the carpeted  aisles toward the then

bathing suit under the thin, white gown to mask her budding nipples.

She was there in the wet, white, clinging gown, having just been dunked and pressed to change

her clothes as the women of the church toweled dried her hair, admonishing her to dedicate

her life to serve God, not to  be drawn away by the cares for the world, or the things of the

she wore a skirt or dress to cross her legs at the ankles.

She saw herself sitting at one of the long tables in the church’s dining room between two adults,

waiting to be served the hot, Sunday, after sermon meal, that never failed to fill her stomach

as well as her soul.

candy that was meant for the offering and tithes.

Boy, that candy was good!

school, so she did.

She was liked, for once for whatever reasons.

How contented she had been to have an established home,

a secure place to belong to and to learn without fear.

She was not nothing, not full of shit, not an idiot like they said

but she now had a different identity, a beloved child of God.

her childhood that those days spent in the church were sunnier, newer, fresher, full with

After the baptism, she was told to be a good girl and to hurry because she with the others

were now in the army of the saints.

With each memory, something hard broke in her chest and fell

as her hand automatically rose up towards the sign and the

If only, she could push back the darkness, make her days not so dark, so dreary.

Then maybe she could breathe again, without hurting.

there was anything worth breathing for, worth living for.

Taking on another shallow breath, she took hold of the heavy door knob and pulled

Stepping inside, her shoes feeling the stone floor of the church, she began pulling

off her covering, her sorrows, her coat.

Alone in the foyer, she took time to steady her nerves and to observe the renovations

of the old building since she had been gone.

She went over to the side table and swept some literature into her handbag to read later.

Then a white gloved hand grabbed the sanctuary door and pulling it open, blinked in

surprise for a few seconds, throwing her gloved hand outward, she beckoning Esther .

Esther moved as one in a trance and reaching the old saint, she allowed herself to be